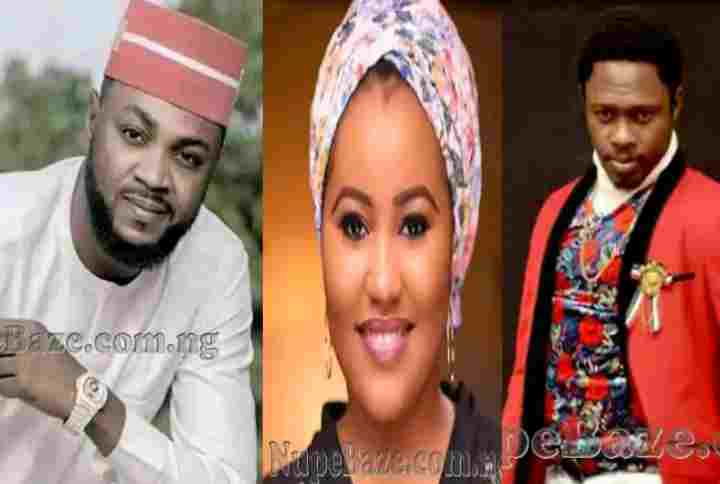 Here are the list Top 10 Richest Kannywood Actors And Actresses but before we start.

Let’s briefly discuss about Nollywood, the Nollywood Film Industry is the third largest in the World (behind Hollywood and Bollywood).

However, one of the largest indigenous film industries in Sub-Saharan Africa is the Kannywood industry.

This is the Hausa language movie industry in Nigeria with Kano state as its capital.

READ MORE ABOUT:  Top 10 Most Educated Tribes In Nigeria

Kannywood movies are popular among Hausa speaking movie lovers in Nigeria and beyond.

Also with subtitles featured in most films produced in the industry.

The fan base is growing to include numerous non-hausa speaking viewers.

A lot of successful celebrities have emerged from the Kannywood industry.

Here’s a list of top 10 richest Kannywood actors and actresses.

The kannywood star owns a huge mansion and a Hotel at Bauchi.

Nuhu is also a brand ambassador to more than seven big companies in Nigeria.

He is one of the oldest actors in the Kannywood industry and a talented actor indeed.

Nuhu is not just a mega star in Kannywoood but also a popular actor in Bollywood.

He has over 100 Kannywood Hausa films and over 60 Nollywood English movies to his credit and 15 awards with at least 10 from a competative category.

As a household name in the Nigerian entertainment industry, he is presently one of the Ambassadors to Nigeria’s leading Indigienous Telecom Network Company, GLOBACOM NIGERIA.

At number two is Adam Zango.

He is another kannywood talented actor who is famous among fans of the industry.

Zango is an ambassador of MTN and he gets not less than five million naira a month.

He owns a Mansion at Kaduna.

Sometime in 2016, Zango wrote on his official Instagram page, @adam_a_zango, thay he was quitting acting to concentrate in singing and producing songs.

A source close to him later said he was only suspending acting, not quitting entirely.

That was a delightful story to his fans.

Zango is a source of inspiration to upcoming actors.

He is a talented political singer who is very familiar with many politicians from the Northern part of Nigeria.

He formally appointed as the National Director of Music for the Buhari 2019 Presidential Support Committee.

The appointment was given to him by the Presidency, through as the office of the Secretary to the Government of the Federation, OSGF.

He is a popular face in Kannywood movies.

The famous Nura Inuwa is Northern Nigerian Singer/Hausa musician and is one of the richest kannywood celebrities in Nigeria.

He was said tinhave released two music albums in a year which fetched him about 25 million Naira.

He is one of the most handsome Hausa celebrities in Nigeria today.

His talent as an actor has endeared him to the fans.

Some of his best Albums are.

READ MORE ABOUT:  Top 10 Coldest Countries In The World

Halima Atete is a very successful Kannywiod actress who has is ranked among the richest actresses in the industry.

She is believed to be richest actress from the Northern part of Nigeria.

She is also one of the most beautiful actresses in kannywood and a household name among fans of the industry.

He owns a mansion at Abuja. He is said to be worth more than most of his peers in the industry.

In April 2018 he was turbaned by the Etsu Nupe, Yahaya Abubaka , as Zakin Arewa (meaning “lion of the north”), citing his contribution to the growth of the entertainment industry in the north.

He also won the Kannywood award for icon of entertainment in 2013.

Another richest kannywood actor, Sadik Sani Sadik is one of the best dressed Nigerian celebrities and a multiple award wining actors.

Sadik is a talented actor whose success is a source of inspiration to younger actors.

Nafisa Abdullahi is another talented female on the list.

She is an actress and producer whose movies have huge fans among Northern viewers.

He is also a professional photographer and entrepreneur from Jos , Plateau State.

She is a business woman and entrepreneur she founded a film production company and two
startups.

Nafisat was a graduate of theater arts from the prestigious University of Jos and currently studying photography in London School of Photography, UK.

She was a brand ambassador to Nigeria companies like indomie, MTN and also a role model to her fans because she’s highly respected in the industry.

READ MORE ABOUT:  Top 10 Coldest Countries In The World

Gabon have won many awards like the best Actress jury award at the 2nd kannywood award which was hosted by MTN.

The young Hausa kannywood actress is a proud founder of HAG Foundation , a charity organization helping the less previllage in the society.

The final is Aisha Aliyu Tsamiya.

The charming actress has been featured in a lot of kannywood movies and she is a popular face among Kannywood fans in Nigeria.Nigeria

Standing tall at the seventh position of PremiumTimes Top 10 Kannywood actresses in 2016 is Aisha Tsamiya.

With over 320,000 Instagram followers, she was phenomenal in 2016. She has featured in several films, but she gave a stellar performance in ‘ Salma’.