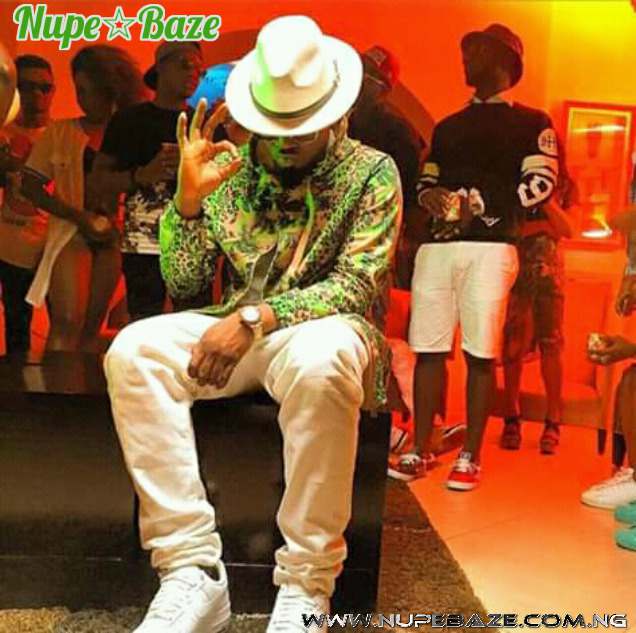 Jude Abaga (born 4 October 1981) better known by stage name M I or M I Abaga is a Nigerian hip hop recording artist and the current CEO of the Chocolate City.

He has won several awards including the MTV Africa Music Awards 2009.
He was nominated in the Best International Act category at the BET Awards 2010. He rose to prominence in 2006 when his song Crowd Mentality became popular in his hometown of Jos , On 11 December 2008 , M I released his critically acclaimed debut album Talk About It , The album was then followed by MI 2 (2010) and later The Chairman (2014) Which were both released to wide and critical acclaim , M.I’s role in the music industry cannot be overstated , He has been responsible for bringing out many upcoming artistes such as Wizkid , Vypa , Jesse Jagz , Ruby , Pype , Ice Prince and the latest is Brymo .

READ MORE ABOUT:  Top 10 Most Strongest Currencies In Africa

He has been described by many Nigerian hip hop fans as Nigeria’s Hip Hop Messiah MI has done a lot to bring a Northern presence to the Nigerian music industry he depicts the perfect example of bringing Nigeria together , His music is conscious therefore he is a leader in many ways to the youth of Nigeria .

He is the founder of Loopy Records, and he is signed to Chocolate City . MI Abaga produces with Chocolate City, and has produced albums and songs for his label mates.
The most notable of these being in 2011 when he produced two songs off Ice Prince album Everybody Loves Ice Prince . 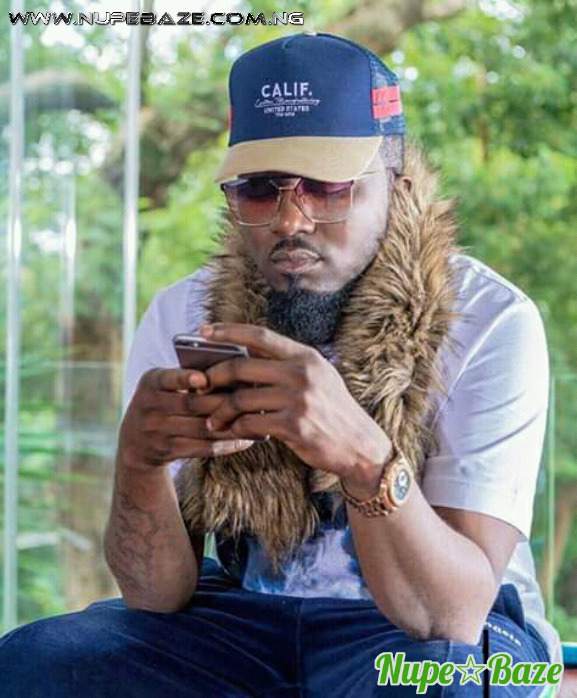 His achievements include one BET Award , one Ghana Music Award, three The Headies Awards , two Nigeria Entertainment Awards and two Channel O Music Video Awards .
Ice Prince is currently signed to Chocolate City . His debut studio album , Everybody Loves Ice Prince , was released in 2011. It was supported by the singles (oleku). 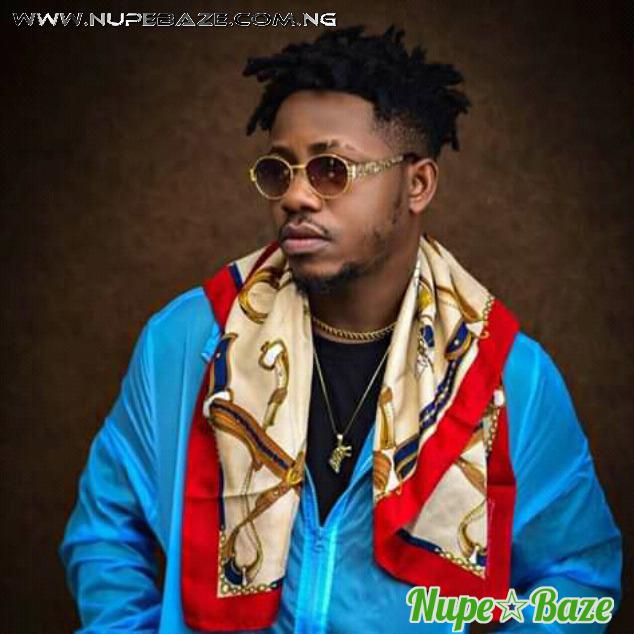 Classiq is an indigine of Bauchi State and a graduate of BUK , His unique style of rap has been gaining the attention of Hip hop heads all over the country , He raps fluently in hausa, impecably in English and superbly in pidjin all of which he combines on his verses , His Mixtape ” Sarki ” is seriously dope with hot tracks like ” Duniya ” ft Ruby, ” duniya Remix ” ft Jesse Jagz , ” kakaraka ” ” Sarki ” ” Magana “, ” Manburo Uba Shege ” etc .

He was featured by Vector on the remix of Kingkong alongside Phyno , Reminisce and Uzi and many agree that his verse was the illest , He’s currently signed to Finesse entertainment , Probably the best indigenous rapper in Naija , Olamide and Phyno are good but man , Classiq is better , When Olamide and Phyno switch to English in their verses , they usually sound mediocre , but Classiq is awesome in any language . 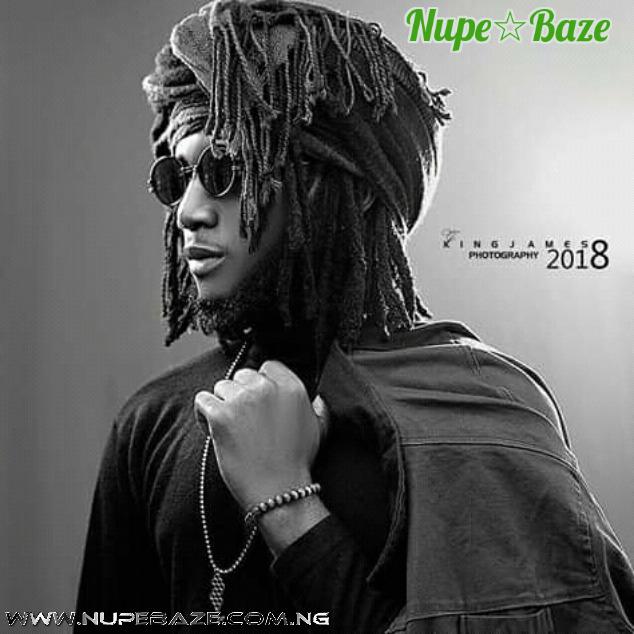 Luka Bulus Madaki A.K.A BOC , is a talented Hip hop rapper who hails from Bauchi state , Nigeria , a state located in the Northern part of the Nigeria .
BOC Madaki is presently chasing his music career in JOS , the home of entertainment , Plateau state , Nigeria because his kind of music and style is highly appreciated by people over there .
This dude specializes in real hip hop as well as the Arewa music pattern ; a style of music which uses Hausa to portray and express ideas or thoughts .

He is presently getting the recognition and appeal of people in the middle belt as well as other states which includes; Niger state , Kaduna state , Bauchi state and other Northern states , the federal capital, Abuja and many other states. His style of music is appreciated in those places because of his unique music pattern.

READ MORE ABOUT:  Top 10 Richest Pastors In The World

He recently released a new hit single mixtape , titled “ No English ”. Where he features the likes of Morell , Lemuel Knight etc.
This mixtape depicts the story of how some corrupt leaders address and run the affaires of their territory or status as well as how the poor and the less privilege in the society or state struggle to end a living .
When you get to listen to B.O.C , then you will understand what I am trying to point out , you won’t be disappointed, I bet you, B.O.C is Hip hop for those who understand what I meant. This dude is the real deal . 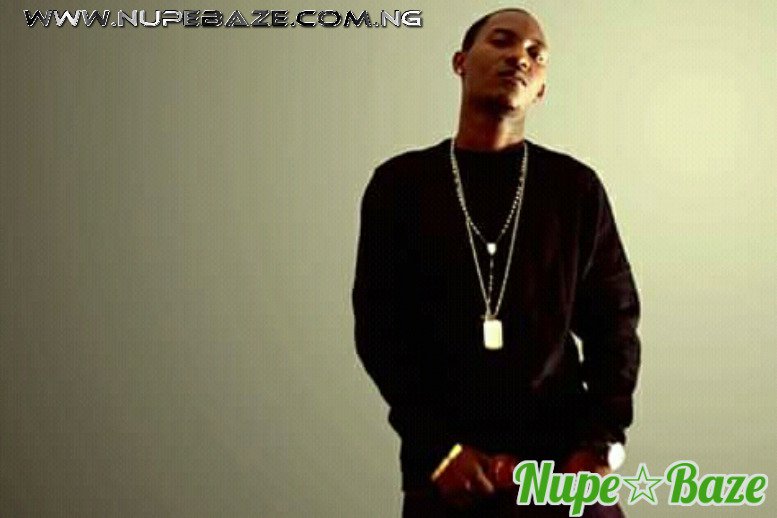 Jesse Garba Abaga ( Born 10 August 1984 ), popularly known as Jesse Jagz , is a Nigerian hip hop recording artist.
In April 2015 , he re-signed with Chocolate City after leaving the label in May 2012 to establish his own imprint known as Jagz Nation Jesse Jagz ( Jesse Garba Abaga ) has been described as Nigeria’s Kanye West because of his flirtatious experimentation with different genres of music from R&B to roots reggae to pop all built on a predominantly hip hop foundation.

Though a native of Jukun in Taraba State, Nigeria Jesse grew up in Jos, Plateau state in a music-filled environment where both parents (clergy) gave him access to the church choir and drums set by age 7 , He released his debut album , “Jag of all tradez ” in 2010 to critical acclaim , He was notably absent from the music scene in 2011 and 2012 , returning in 2013 with a reggae infused style.

He released the singles ” Murder Them ” and ” Redemption ” in the 1st half of 2013 after parting ways with Chocolate City Music.
The singles were released under his new imprint, Jagz Nation , In June 2013 , Jesse Jagz left Chocolate City and released his second album ( his first as an Independent artist ) “Jagz Nation Vol 1 , Thy Nation Come “. With him rapping , Singing and handling most of the production on his first album , Jesse Jagz chose to seek the help of other producers such as Samklef , Shady and KidKonnect on his second album instead.
The album features the likes of Brymo and Wizkid on it.
On the 8th of April 2015 , he returned to Chocolate City and renewed his contract. 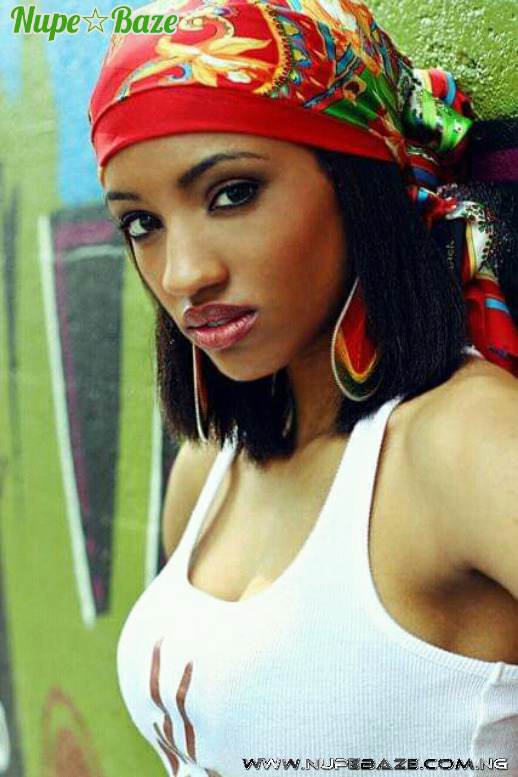 The only female on the list , Hadiza Blell , better known by her stage name Di’Ja , is a Nigerian singer , visual artist, fashion designer and songwriter born in 1982.

She is currently signed to Mavin Records In 2009 , she released her first single ” Rock Steady ” which was nominated for Best Urban / R & B Single at the 2009 Canadian Radio Music Awards , Moreoverv , she won the Best New Artist award at the 2008 Beat Music Awards Di’Ja has lived in Nigeria , Sierra Leone , the United States and Canada . Her mother is from Northern Nigeria while her father is from Sierra Leon.

At a young age , Di Ja committed herself to academia and earned a double degree in Biology and Psychology , After earning the aforementioned degrees , DiJa became passionate about music, art and philosophy. Di Ja released several singles including ” Dan Iska ( Rudebwoy )”, ” Hold On ( Ba Damuwa )” and ” How Can We Be Friends “. On February 14, 2014, Don Jazzy announced the addition of Di’Ja to Mavin Records.

Her first official single under Mavin Record s was also released on February 14, 2014 . The song which is titled ” Yaro “, is an up tempo celebration of love and commitment against all odds , It infuses Hausa and Krio dialects in honour of her Nigerian and Sierra Leonean roots . 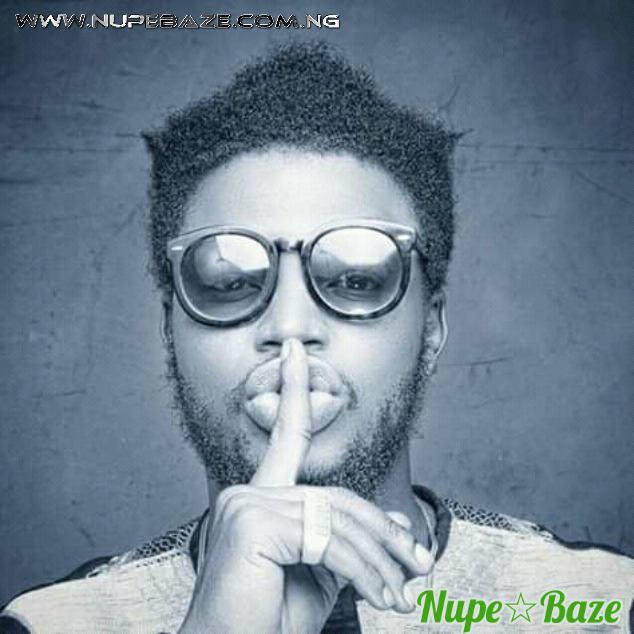 READ MORE ABOUT:  Top 10 Richest Pastors In The World

A graduate of University of Maiduguri , He is currently signed to Bento records , Some of his recent works include: ” Danga Da Garaya ” ” Borno ” and ” Wazobia ” ft Reminisce and Phyno . 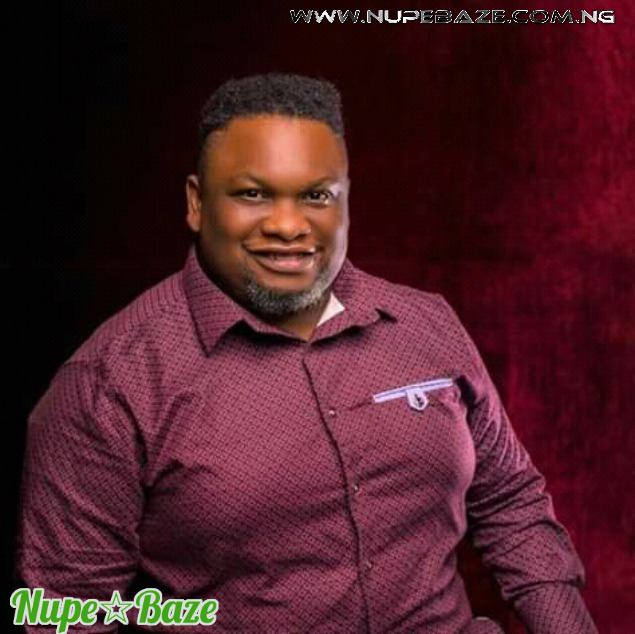 Solomon Lange is a gospel artiste , a songwriter , passionate and anointed minister of the gospel .
Solomon Lange was Born and raised in Kaduna State , Nigeria , he started singing at age 9 in his local village Baptist Church choir but came into music professionally in 1997 when he joined a group called Kale Visions in Kaduna .

His debut album titled Na gode was released in August 2008 , The song “ Na Gode ” became an instant hit in northern Nigeria and beyond .
He enjoys meditation , singing , reading and writing .
Solomon Lange is back with a new single titled “ ALHERI ” to introduce his forthcoming sophomore album .
Gospel rap artist BOUQUI is featured on this track . 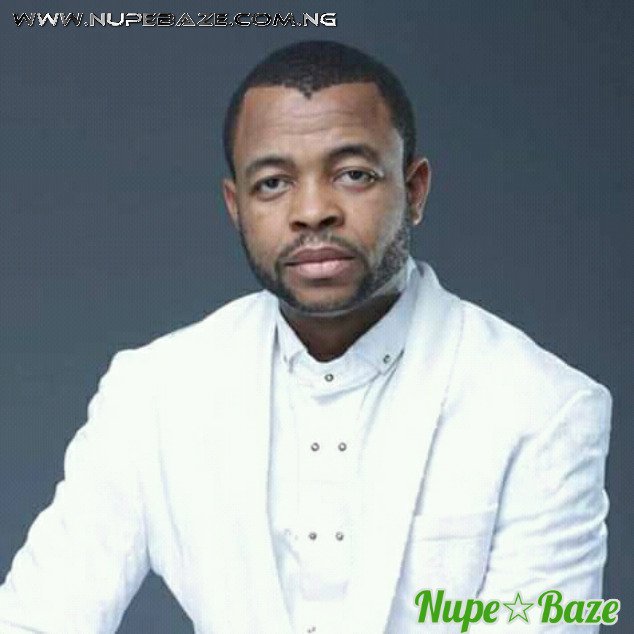 Born in Fagge Local Government Area of Kano state , Sani is one of the most celebrated all round entertainers to ever emerge from northern Nigeria He is currently the UN Peace
Ambassador , Rotary International
Ambassador , Save the Children
Ambassador , Rhythm N Play
Ambassador , Globacom Ambassador and National Open University of Nigeria (NOUN) Ambassodor . 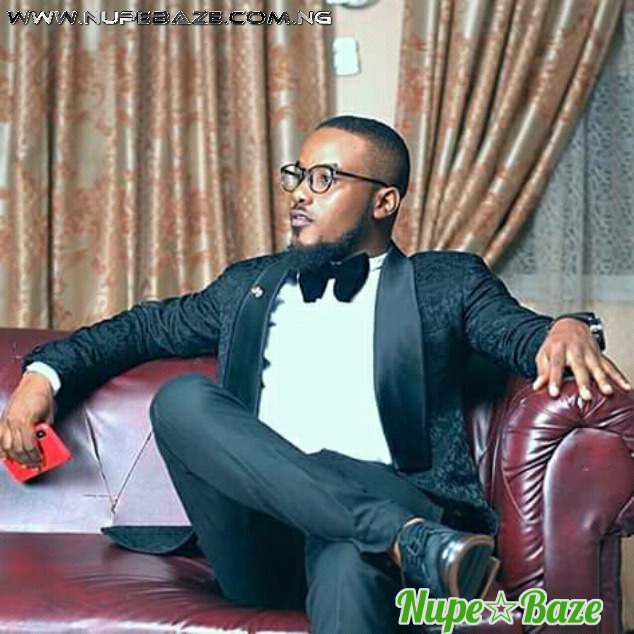 Here is another very talented rapper from arewa.
He hails from Niger state and is a graduate of ABU Zaria , One of the pioneers of dope hausa rap with his silky smooth vocal texture , interesting lyrics and technique .

Kheengz was known in some quaters of the north before Classiq broke out , He featured MI on the track Jealous and Erigga on ” High School Remix ” He also did a cover of Dija s track ” Yaro ” naming his ” Haba “, Kheengz dropped his ” College Kid Mixtape ” CKMT in 2013 with some of the illest rap tracks around , Some of his hottest tracks include ” Balling ” ” Run Arewa ” ” Wsila ” ‘ 48 ‘ ” Yara ” ” Believe ” etc. Word on the streets is that he will soon be dropping his EP .