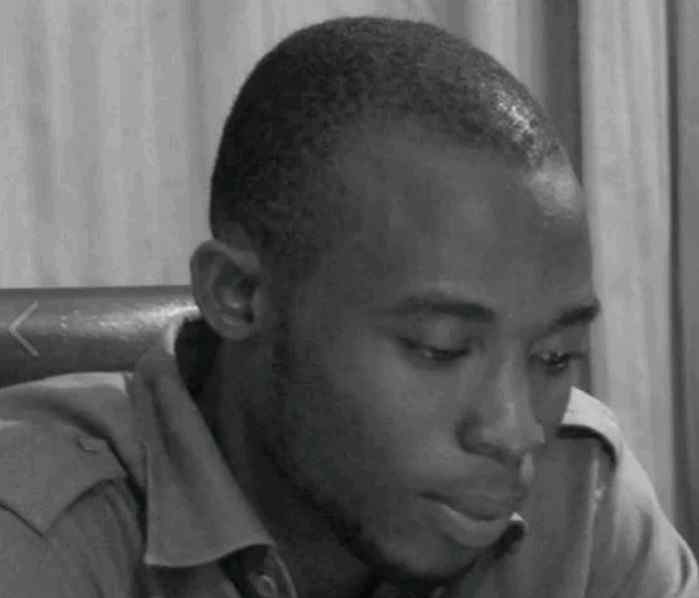 My last visit to Minna, the place of my childhood, was an ill-advised adventure. What began as an exciting ride got messed up by a long wait at the vulcanizer’s and, later, many man hours at the mechanic’
s after rollercoastering through potholes to the destination. In fixing the damaged wheels, I parted ways with an amount enough for a peak-period British Airways ticket to London. This cost of visiting a place less than 200 kilometers away from the nation
’s capital is the story of all of us, and one of those experiences you don’t wish to relive.

This nightmare awaits visitors from all the entry points to Minna, isolating the state from its neighbours—and attendant opportunities. Niger state is stuc
k between the traffic of heavy-duty trucks from the South and the demographic pressure on housing from Abuja. The people had been indifferent, or so it appears, to their descent into “islanders.” Of recent, the mood in Niger state has transformed from tha
t of a people whose support has been both unquestioned and unyielding, to a citizenry that has come of age, and now questions, with good reason, whether Aso Rock realises that said support is not unconditional. This has also finally put to rest the ghost
of Minna’s vision of electrifying transformation, once proposed in the Vision 3:2020 document—a projection of Niger state as one of Nigeria’s top three economies by 2020 as prepared by former Governor Muazu Babangida Aliyu. By now, this could’ve only been
the idea of an excessively pampered marabout, or a reputable bad dreamer.

The perceived neglect that inspired these protests for action—and for the politicians to deliver on their part of the bargains—would’ve been theorised as the price of the pe
ople’s political rebellion, only that such was only testable in the previous federal governments. Niger state was a vote-generating minefield for President Muhammadu Buhari in all his bids since 2003. The people from this place stood with him against cand
idates Obasanjo in 2003, Yar’Adua in 2007, twice against Goodluck Jonathan, and then Atiku in 2019. They did not only vote for the man, the tallies grew with each of the five elections. Niger is a conservative space of small dreamers whose innocent convic
tion has now evolved into a series of protests for attention on the streets of Minna and on various social media platforms.

Whenever they are asked to name their pride, the people of Niger state are quick to point to their hydroelectric power plant
s from which the state gained its slogan: “The Power State.” Other times, they rush to boast about the state being the largest by landmass in the country, exactly as Nigerians boast of their large population—as if overbreeding is itself an accomplishment.
But Niger state is a demonstrated oxymoron. They celebrate three hours of electricity in 24 hours, and that landmass hasn’t been the envisioned heaven of tourism, commercialised exploitation of solid minerals, and mechanised agriculture in fulfilling for
mer Governor Aliyu’s strange prophecy.

READ MORE ABOUT:  THE POPULATION OF HAUSA EXAGGERATED By Ndagi Abdullahi Amana Nupe

The current governor, Abubakar Sani Bello, was welcomed as capable of muscling Abuja to prioritise Niger state through his influential family network, and entrepreneurial background. But if he was in doubt tha
t road networks are like the arteries and veins of a living organism, his recent resort to block access to the state, as a protest, through Mokwa—which connects the state to the South—must be a late epiphany. But whether it’s clear to the state government
that their actions are likely futile, and that Abuja hasn’t been ambiguous about this second-class treatment of the state, is yet to be established.

The heritage of potholes counted against Niger state when it lobbied to have the operations of the
Abuja airport reocated to Minna airport when the former was being rehabilitated in 2017. It didn’t matter that Minna was closer, and that such temporary arrangement to use its airport couldn’t only have facilitated repair of the car-wrecking Suleja – Min
na road, but energised its local economy.

READ MORE ABOUT:  A Quick Appeal To The Governor Elect of Niger State By Gimba Kakanda

The demons at play in stalling the Ajaokuta Steel Company seem to have returned, but may God intervene, to stop the realisation of Baro Inland Port. About 20 months after it was hastily commissioned, obviou
sly to favour Buhari’s electoral fortune, the project has attracted excessive scrutiny that one is tempted to agree with the President’s harsh critic, Buba Galadima, who referred to what was commissioned then as an over-glorified “warehouse.” Earlier this
month, however, the acting corporate affairs manager of National Inland Waterways Authority (NIWA), Dauda Jibril, attributed the “delay” in the take-off of the port to “poor access road.”

READ MORE ABOUT:  Yikangi Was Bittered For Lack Of Sponsor To Promote Nupe

Underpinning this conspiracy to kill what’s left of economi
c life in Niger state is unavailability of electric power. AEDC—Abuja Electricity Distribution Company—had subjected the state to darkness for many years the state government too, harassed by the outrage of residents, had to kick, and the outcome is accep
ting to purchase over 5000 meters for a private enterprise abusing its monopoly.

This infantilizing of Niger state also manifests in national politics, and it’s admittedly defied understanding by local politicians and their foot-soldiers. The junio
r portfolios almost always assigned to representatives of the state in federal cabinet have been interpreted as insults by the people, who’ve sacrificed so much, especially for this government. This happened in both 2015 and 2019, and also experienced in
2007 and 2010 when representatives of the state were appointed to manage the Ministry of Sports, with politicians and opportunists with less qualifications and experience handed significant ministries.

READ MORE ABOUT:  The Fall of Niger State By Gimba Kakanda

The futility of the “influence” of two former
Presidents of Nigeria and a legion of powerful military and political overlords who reside in Niger state—from former Heads of State, General Ibrahim Babangida and General Abdulsalami Abubakar to General Gado Nasko and Lt. General MI Wushishi—has inspired
a theory that Niger state is probably a victim of an undisclosed elite feud. This is so because neither the outrage of the block-voting masses nor the lobbying of elected politicians has inspired sympathy for this diminishing state that serves as a major
source of electricity to the country.

Governor Sani Bello’s characteristic disinterest in national politics is his biggest undoing in managing Niger state. Agreed, his refusal to dabble in national issues is desirable for a state in need of maximu
m attention. But his preference of shadow to hype and excessive commentaries has underplayed the severity of the challenges before Niger state. That a state so calculatedly disadvantaged is investing so massively in rehabilitating federal roads, instead o
f the economic future of the state, is developing in the reverse.

READ MORE ABOUT:  DEMOCRACY IS THE WORST SYSTEM OF GOVERNMENT By Ndagi Abdullahi Amana Nupe

Today, the Maslowian pyramid of needs in Niger state is most crowded at the bottom, and chiefly by people who are asking for motorable roads and electricity to run their small busine
sses, touring and transacting to boost the local economy against this conspiracy against them. It’s the least intervention for a state whose most lucrative industry is an over-bloated civil service, and at the mercy of political elites who’ve lost influen
ce at the centre.

The ongoing protests for answers among the indigenes and residents and Governor Sani Bello’s eventual choice of confrontation as the language in which Abuja is most fluent, are a long-awaited awakening to take the place of the pol
itical elites who’ve become paper tigers. It would be unfortunate that a state this vast and endowed isn’t accessible that even the tourists it attracts are afraid of going beyond Zuma Rock Resort—a site of Niger state that’s currently the top amusement a
nd relaxation spot for Abuja residents.

READ MORE ABOUT:  Teacher Yekondunu: The Abrupt End Of An Indeterminate Movie