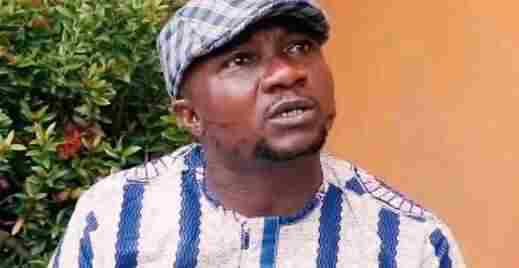 Segun Macfoster Tom Dollar is his real full name. He is a popular Nigerian actor, movie producer and master of ceremonies.

He was born on February 22. Year and place of his birth not known.

Segun studied Accountancy at the Lagos State Polytechnic (LASPOTECH) lsolo, Lagos State but made a career in acting.

The talented Nollywood actor was trained under Kunle Afod’s Theater Group, “Legacy Caucus and has since featured prominently in several Nollywood movies, some of which are:

He can fit into any character assigned him and his brilliant acting has endeared the hearts of his many fans, movie producers and directors in the industry.

Tom is also a movie producer with a number of movie productions to his credit, including like, “Iwa Nwara”, “Gbebe” and “Pitan” and others which he featured in.

Aside acting, Tom is an entrepreneur. He is the CEO of Tom-Dollar Concept. He was Co-producer of Tv series titled, “Ekaa”.

Segun Tom Dollar has been happily married and blessed with lovely children.

Tom in an interview, revealed that he is very romantic, honest, caring and above all has a soft heart.