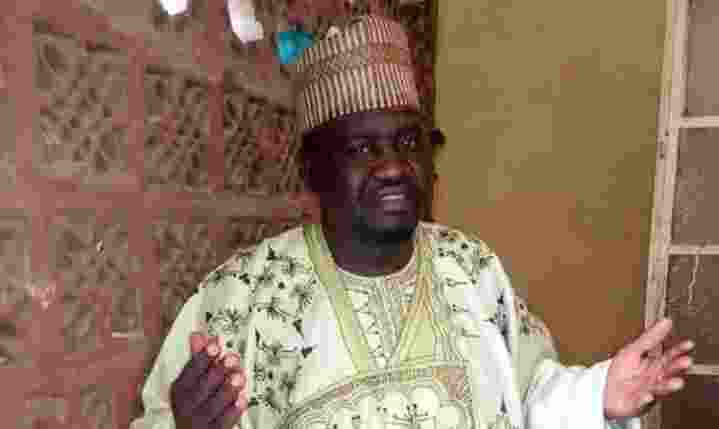 Musa is a one of the most popular and talented comedians actor from Hausa films industry, he has been in Kannywood industry for a very long time.

After the death of veteran comedian actor late. rabilu musa ibro, musa was become a star in front of comedy, his career progressed extremely quickly and intensely which made him a bright star on Hausa films industry.

Musa is shine and entertain many people all over around the world.

Mai sana’a married to his beautiful wife years ago and their blessed with beautiful three kids, Auwal, Fatima, Amina.

He is leaving to together with his happy family in Kano State tarauni local government area, hotoro.

The veteran comedian actor captions his photos saying “Father and his kids, Proudly father. May Allah keep us alive and give my kids quality education.

He attended both his primary and secondary schools in kano state, he is continues his education in Kano polytechnic.

Musa mai sana a is a nigerian comedian actor He is well know by his acting name mai sana’a. He is a kannywood Hausa film actor.

He acts in many Hausa film as well as comedian, mai sana’a produces and directed numerous Hausa films from his own company “Mai sanaa entertainment”.

He is also the owner of one comedy tv channel “Musha Dariya”.

Almost all Mai sana’s movies is an advice or address the world from bad habit, to good habit, almost all his films it’s not just a comedy.

It’s mosttly a lessons or good advices to the whole world, but he is very while entertainer. Apart from acting, directing, and producing Hausa films.

Musa Mai Sana’a is also a business man, a big dealer of motors and cars, he is bought a cars from different countries to Kano State nigeria.

Most especially from Benin Republic (coutono), he is a buyer and a seller of motors.

The popular kannywood actor Musa Mai Sana’a has an estimated Net worth of about $300,000 dollar equivalent to ₦180,000,000 Millions Naira in Nigeria currency.