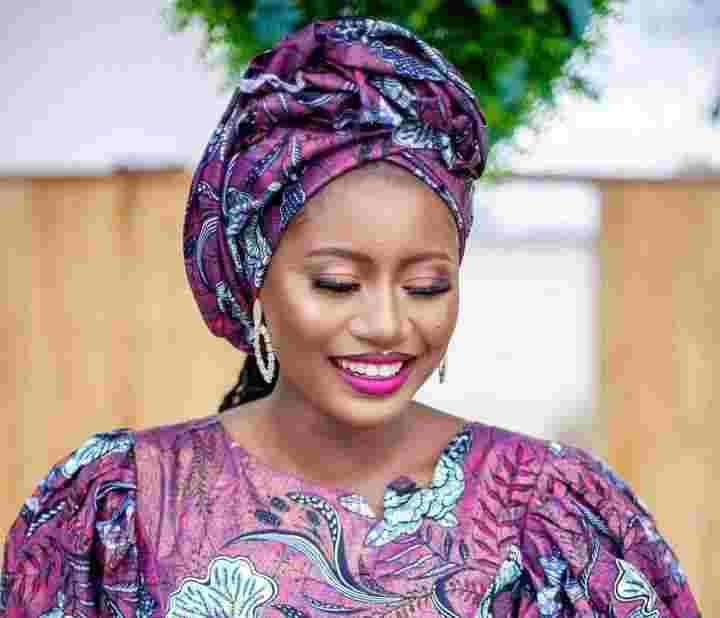 This is the full Momee Gomve Biography. Her real name is Maimuna Abubakar is a nigerian hausa film actress.

Momee gombe was born on (28 june 1997) in gombe state Nigeria, and she is raised an grew up in gombe State with her parents.

Momee gombe is known for her debut in film titled (kishin mata) and followed by (Asalin kauna) and where she played a major role, which marked a turning point in her acting career in the movie “Ango” alongside with a veteran actor Adam A zango, read also Ummi Rahab biography.

Below are the brief information about Momee Gombe net worth, biography, family members, age, state of origin and her real name.

After that momee joint kannywood industry with the helping of one producer Auwal muazu and young musician hamisu breaker, who is also a best friend of momee gombe.

Momee gombe is among the most promising and adapted young kannywood actress, because of her talent and beauties, and hardworking, also read Zainab Indomie biography and net worth.

She’s very beautiful, gorgeous and pretty young actress in the industry, she is also featured in the numerous Hausa videos music songs, alongside garzali miko and hamisu breaker, kabiru kb, Musbahu anfara and others.

Momee gombe is a very beautiful, pretty, gorgeous and talented upcoming actress from hausa film industry, she is attended both her primary and secondary schools in gombe state.

Gomee gombe like shooting film right from her childhood, but she didn’t get that opportunity, because she young, after she completed her education, she is gotting marriage, but her marriageia not long lasted.

Momee describes Adam a zango as her boss and guidance, she said many people help me and guided me in hausa film industry, like Hamisu Breaker, Nunusi Oscar 442, Auwal Muazu and Adam A Zango.

At the end she said I will like to become a famous actress so that I want to help poor people and orphans, and I joint the kannywood industry for the sake of helping many people, you might want to read biography of Maryam Booth, age, family and net worth.

Momme gombe is in front of many producers and directors because of her telant and hardworking and beauties.

She is starring in the love hottest videos songs alongside with young musician star hamisu breaker song title “Jarumar mata”.

The real phone number of Momme Gombe is not for everyone, she is w famous Hausa actress, she can only be contacted for advert, endorsements or other business purposes only.

Her family members include her father which his name is Abubakar but her mother name is not on public, she is single and yet to marry, some people said Hamisu Breaker is her boyfriend but she denied it, read what she said about her relationship with Hamisu Breaker here.

The popular kannywood actress Momee Gombe has estimated Net worth of. $300,000 US Dollar equivalent to ₦128,664,000 Million Naira in Nigeria currency.

She is one of the new richest and popular actress in Kannywood Film Industry.

Momee Gombe achieved her net worth from her professional career and live performance during occasion and adverts.

Her net worth is growing massively and she is going to be one of the top richest actress in Kannywood just like Hadiza Gabon net worth.