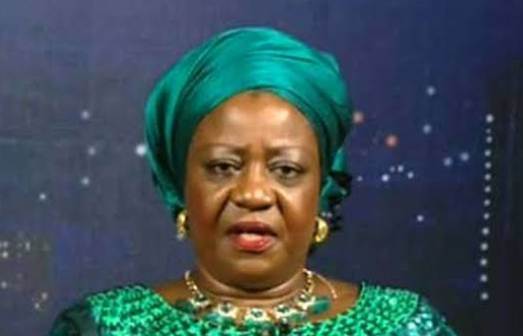 She has been President Muhammadu Buhari’s personal assistant on social media since 2016, and she now serves in that capacity.

READ MORE ABOUT:  Rachel Reynolds Biography, Net Worth and Age

In addition to degrees in elementary education, business education, and post-compulsory education and training (PCET), Lauretta Onochie also received certificates from Harvard University’s short-term programs in humanitarian response to conflict and disaster and the health effects of climate change.

Her extensive knowledge allowed her to study at many different universities and collaborate with well-known individuals around the nation.

Lauretta Onochie was born on July 9, 1955, to parents from the Anioma Local Government Area of Delta State. She spent the majority of her formative years in Calabar, Cross River State, where she grew up learning from her guardians. She was a natural speaker of her home tongue and spoke the local dialect with ease.

The excellent scholar had a distinguished upbringing and moved from one State to another within the nation during her academic career.

Because she was close to her teachers and lecturers and had access to accomplished educationists during her childhood, Lauretta Onochie was able to establish herself in the field of work.

Mr. Onochi and Lauretta Onochie are a happily married couple with kids and grandchildren. Her close relatives are mainly based in the UK.

In the beginning of her remarkable career, Mrs. Lauretta Onochie worked as a lecturer at the New City College in Loughton, England. She eventually transferred to other higher educational institutions after having given so many taped lectures.

She collaborated with Nigerian journalists and historians Elder Emeka Esogbue, Gloria Adagbon, and Emmanuel Nwaokolo to found the Ndi Anioma Group of Nigeria in 2012, which gave birth to the Ndi Anioma Youth Movement. Her powerful personality paved the way for other developmental initiatives.

She also took a course at a Bible institution in Calabar, where she eventually earned her pastorate.

Lauretta Onochie advanced through the ranks in the years that followed, serving as a Senior Consultant for AfricaFirst up until 2016, when she was chosen to serve as President Muhammadu Buhari’s personal social media aide.

She is also very outspoken on Twitter and hasn’t held back in the past when endorsing the President.

After finishing her basic and secondary schooling, Lauretta Onochie promptly got entrance to the University of Calabar to pursue a degree in elementary education.

She moved westward in an effort to enhance her education, and when the University of Benin gave the possibility, she took it.

She graduated from a respected institution with a degree in business education, and she then went abroad to pursue post-graduate studies.

Lauretta Onochie obtained a post-graduate degree in Post Compulsory Education and Training while attending the University of Greenwich thanks to her extensive experience working behind the scenes in educational institutions.

Additionally, she applied to Harvard University’s Humanitarian Response to Conflict and Disaster and The Health Effects of Climate Change certificate programs.

With a net worth estimated to be between $900,000 and $1,500,000, Lauretta Onochie is one of the richest female characters in Nigeria due to her level of attachment to both the governmental and educational sectors.