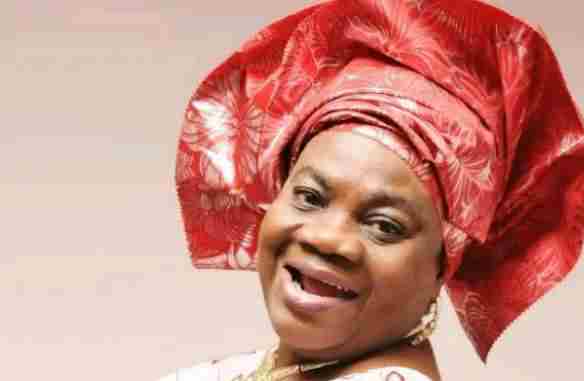 She is a renowned award-winning Nigerian actress and stage performer.

She was born into a polygamous home on October 3rd, 1950. She hails from Lagos Island (Isale-Eko), Lagos State, Nigeria.

Iya Awero also had training at the School of Drama which eventually prepared her for her journey into acting.

She began her acting career with the popular Ojo Ladipo theatre group dated back to her young age while still in the Secondary school.

She has since featured in over 100 Nollywood movies both in Yoruba and English, though majorly in Yoruba movies, some of which are:

Iya Awero as fondly called, is known for her role in the well-watched television comedy series “Comedy Half Hour”, by the Ojo Ladipo theatre group.
She was shot to limelight as she became a household name across Nigeria.

Lanre is creative, skillful and exceptionally talented actress with brilliant interpretation of roles in movies.

She is known to acts motherly roles in movies and has over 40 years of acting experience, starring in both Yoruba and English language Nollywood movies.

In 2018, Lanre Hassan featured as “Iya Loja” in the Crime blockbuster movie titled “King of Boy”, directed by one of Nigeria’s leading female director Kemi Adetiba.

She is married with grown up children.

She is indeed a strong pillar of Nollywood, rated one of the richest and most influential with an estimated net worth of about $800,000 US Dollars.