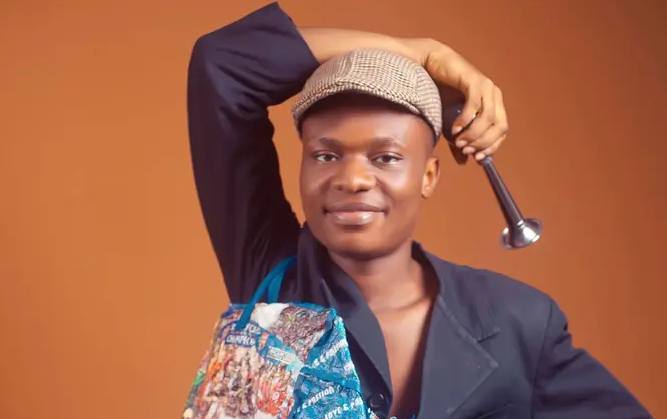 Funny Bros is a rising Nigerian comedian known for the skits he creates and shares on his social media platform. However, the comedian is much more than just making funny skits and sharing them on social media.

His real name is Larly and he is populary Known as Funny Bros, he was born on July 26, 2000, in Anambra State, Nigeria. He was raised by his parents in Aba, Abia State, before his mother died, making his upbringing difficult.

How FunnyBros Started His Comedy Career

He began his profession in skit-making in 2019 while still studying a Physical Science degree at Abia State University. He is well-known for using phrases like “Ikotaram,” “Onwe Otu Ihea Shi Eme,” “Onye Kwuru that item,” and numerous more.

If you examine his comedic delivery, you’ll see that Oga Sabinus, also known as Mr. Funny, had a significant effect. He had trouble at first getting people’s attention, but over time, his fan following grew.

Although he performs his skits primarily in English, he also incorporates Igbo into them. Another distinctive aspect of his skits is that they always take place in a bush or village.

When his fans began disseminating his information on numerous social media platforms in 2021, his fame soared, he is now getting more attention than the popular Sabinus Mr Funny.

He began his comedy career and has performed a few songs, his songs can be found below:

As a rising comic, the majority of his money has come from his skit-writing business and ability to influence corporate decisions, his current estimated net worth is $200,000.