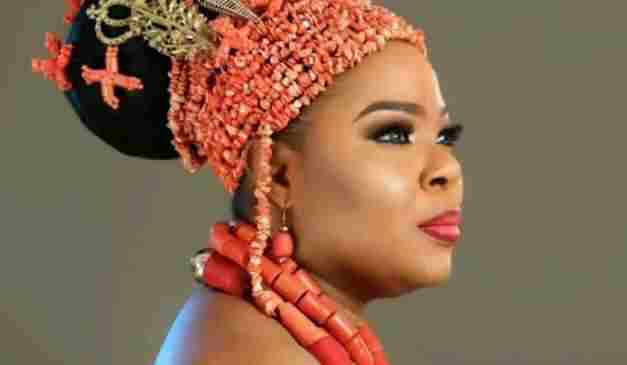 She is a popular Nollywood actress and movie producer known for her brilliant roles in the Yoruba movie industry.

She was born on April 26 in Lagos. Funke hails from Isale Eko, Lagos Island, Lagos State.

She is the last child in the family of four children.

Funke Etti had her primary education at St Augus Primary School and Igbobi Girls High School both in Lagos State.

She later bagged a Bachelor’s degree in Economics from the University of Lagos.

Funke made entry into Yoruba movie industry when she was introduced by a movie producer, Kola Igida Latunde Films.

She was given a role which opened more doors for subsequent roles in movies.

Funke acted her first movie professionally, titled, “Abe Aso”, produced by Late Yinka Ajomo in 2009. Her brilliant performance in that movie opened more doors for her subsequent roles in movies.

Funke has so far starred in several Nollywood Yoruba movies, including:

Funke Etti is also a movie producer with a number of movie productions to her credit, including movies like Owu Iya, Maami among numerous others.

Funke is a beautiful, creative and highly talented Yoruba actress gifted in the interpretation of movie roles.

She can as well fit into any character given to her by movie producers and directors in the industry and she does this very well to the admiration of her numerous fans across board.

Aside acting, the talented Yoruba actress is an event planner and a tv presenter.

Funke is said to be married with a child.

Funke has owned an estimated net worth of about $200,000 dollars, she makes her income from her career.