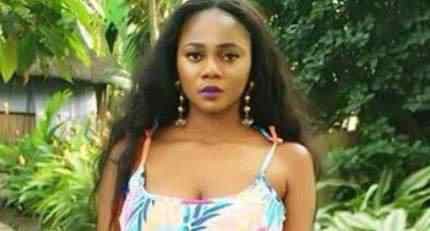 She was born on September 7, 1992. Felicia hails from Anaocha Local Government Area of Anambra State in south eastern Nigeria.

Her parents are still based in Jos, Plateau State.

She had her primary and secondary education in Jos, Plateau State respectively.

She later bagged a degree at the Nnamdi Azikiwe Unversity, Awka, Anambra State in 2013.

She began acting in 2015 playing exceptional roles in Nollywood movies.

She made her first debut in a movie titled, “Ghost Lover” where she played a lead role.

Her brilliant performance shot her to limelight and earned her roles in subsequent movies like ‘University Mafias’, Ghost Lover and several other Nollywood movies.

She is such a beautiful, creative and highly talented Nollywood star, gifted in interpreting roles in movies.

She can as well accept any character assigned her and she does this very well.

She has become one of the most loved and admired actresses among her numerous fans in recent time.

The talented star has worked with top Nollywood celebrities like Mike Ezuronye, Junior Pope, Nicole Banna, Elvis Chibuikem, Regina Daniels and many others.

In 2016, Felicia Fred was a brand Ambassador. She emerged the face of Sniper Energy Shot.

She is not yet married.

Nothing much is known about her relationship as she keeps her family issues top secret from the public and social media.

She is indeed a prominent Nigerian entertainer who has made huge fortune from her career with an estimated net worth of about $200,000 US Dollars.