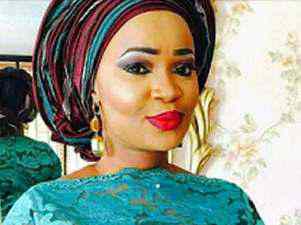 Fadekemi Momoh is a popularly known award-winning Nollywood/Canadian based actress and movie producer.

Fadekemi’s date and actual place of birth are not known. She is of Yoruba decent currently doing very well in the movie scene.

Fadekemi’s educational background is also not available, but she trained in the Toronto film school, with the hope of adding some form of flavour in the industry.

She has featured in several movies like ‘Inshina’, ‘Angel in Disguise’ and ‘Thin Line’ in 2015 which she also produced.

Fadekemi recently survived a ghastly motor accident and not allowing that to slow her down.

Fadekemi is currently in Canada where she is working on different projects with her black actors, Lola Alao’s founded group ‘Nollywood Ark’ where she is also the Vice President.

The aim and objective of Nollywood Ark Canada, she revealed is to bring together thespians and aspiring filmmakers to build a strong industry in Canada.

The association, she said will be conducting rehearsals and workshops to enlighten people who are just starting their career in acting, as well as crew members.

It also has a 3 short movie, which has the cast of top actors like Lola Alao, Olaitan Sugar, Nosa Obaseki, Fadekemi Momoh, Oluwafemi Ayeyemi, Olamisharp, Ireoluwa Roberts and others.

Fadekemi however concluded that she will be doing more of English and also joined a movie group called B.A.G (Black Actors Guild), purely into foreign movies.

She is a mother of three children.

Nothing much is known about her family affairs as she keeps her private issues top secret from the public and social media.

Fadekemi Momoh is indeed a talent in Nollywood with an estimated net worth of about $300,000 dollars, she make her income from her career.