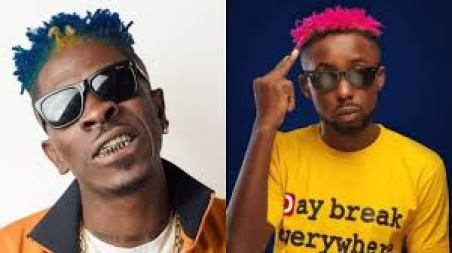 He is a popularly known Nigerian hip hop recording artiste.

He was born on March 30, 1987 in Warri, Delta State where he grew up with his family. He is the first child in a family of five children.

Erigga had his primary and secondary education in a Standard International School, in Warri Delta State.

The music video for the song was shot in Nigeria, directed by Akin Alabi. The song recorded a huge success, topping the Nigerian music chat and turned out to be Radio Continental’s theme song.

In 2013, Erigga released “Coupé Décalé ft Shuun Bebe”. The music video for the song was also a success receiving massive airplay across radio and TV stations in Nigeria.

In early 2014, he released another single titled “Love No Be Garri”, featuring Jimoh Waxiu.

He has made a big name for himself in the music industry, known for telling stories and sending messages with his fluent pidgin rap songs.

He has worked with several music producers, including Mr Nolimit, C Major, Beatsbymellow_and Even Prinx Emmanuel.

July 17 2017, Erigga released his album A Trip To The South which features top and talented Nigerian artistes like Orezi, Skales, Duncan Mighty, and many others.

In 2018, Erigga released another hit single titled “Motivation” featuring Victor AD. The song has a huge fan base across the globe with his YouTube channel of over 1 million subscribers.

In an interview, Erigga revealed that he was inspired by great artistes like 50 Cent, Jarule, Rakim, Eminem and others.

Erigga has so far in his music journey received awards and nominations, some and most recent of which include:

In October 2020, Erigga announced in his instagram page that he was getting married to his long time girl friend, Morenike. The news was well received by his numerous fans who sent him congratulatory messages.

Erigga is indeed a talent in the Nigerian music industry, rated one of the richest and most influential with an estimated net worth of about $300,000 dollars.