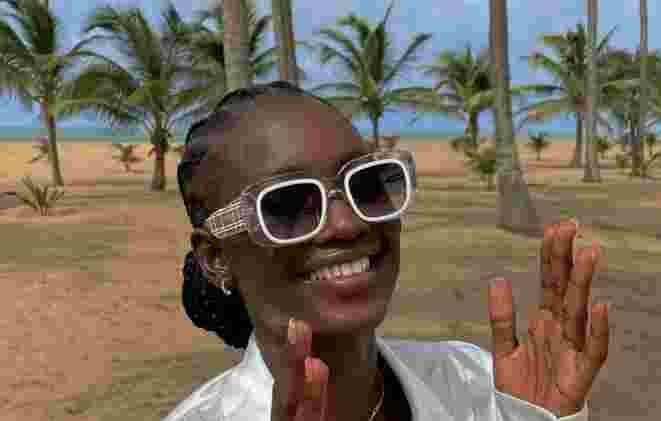 Eniola Juliana Abolarin is her real full name but widely and popularly known as Eniola Abolarin.

She is a beautiful, tall Nigerian super model who has done some runways with top brands in Nigeria.

She was born on December 17, 2001 in Lagos where she had her primary and secondary education respectively. Eniola hails from Kwara State of Nigeria.

She began her modeling career dated back to her young age, a dream that came to pass when she was scouted by joined Beth Model.

Eniola was in her final year in the secondary school when she was scouted by the agency at one of the Beth open calls.

She has made a big name for herself, modelling for several runways on the continent like Arise fashion week, Lagos Fashion and Design Week, GT Fashion Week and others.

Eniola has also worked on the OC Collaborative Unity Jerseys, Orange Culture and Oncheck (ChekwasOkafor), Beauty and Fashion Campaigns among numerous others.

Eniola is beautiful, tall, creative and highly talented model known for her unique style of modeling which easily win for many admirers.

In an interview, Eniola revealed that she will forever be grateful to Beth Modelling Agency for her thriving career.

It is hoped that her next stop, Stockholm Amsterdam will further shoot her greater fame and recognition in the international scene.

She is not yet married but believed to be in a relationship which she keeps secret from the public and social media.

The young, tall and talented star is widely known to be more focused on her modeling career and making more money now than what she might call a distraction.

She is one of the fast rising Nigerian superstars in modeling, with an estimated net worth of about $300,000 US Dollars.