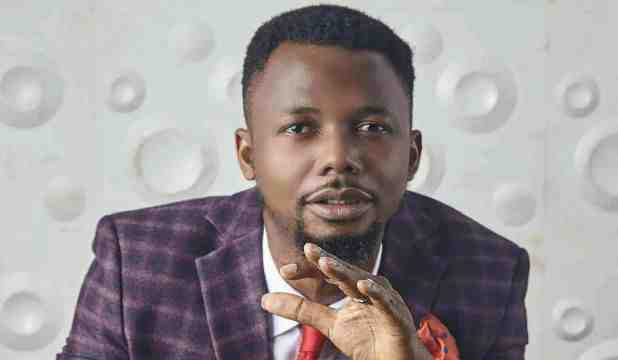 Emma Oh My God has his birth name as Emmanuel Edunjobi. He is a fast rising Nigerian comedian.

He is also a content creator, entertainer and video producer known for his comedy skits online.

He was born and raised in Ogun State, though date and year of his birth are not known.

Emma is the last born in a family of six children.

He attended his primary and secondary education in Ogun State respectively.

He later obtained a Bachelor’s degree in Electrical Engineering from Covenant University in Ogun State.

He began his comedy skits through online some years back and has attained an unimaginable popularity.

He rose to fame in the business of comedy with his regular posting of his video mix of funny clips and rendition of top notch celebrity’s songs.

He became more popular when one of his postings went viral on his social media platform across Africa.

He has made a big name for himself with his comic skits through online with his comedy touching social, economic and political issues in the country in a satirical manner.

He has also appeared at several concerts and events with his witty comedy both within Nigeria and abroad.

The humour merchant has over the years remained very relevant and consistent in his comedy business, promoting happiness with his comedy skits in Nigeria and beyond.

Aside comedy, Emma is a multi-instrumentalist. He plays guitar, keyboard and percussion.

With some of his works like Teletubbies in Ibadan, the Beyonce Single Ladies remake, Davido’s Aye remake and Chris Brown in Ojuelegba.

He has proved himself to be one of the biggest comedians in Nigeria.

He is a content provider and CEO OhEmGee Ltd.

He is also a presenter for EbonyLife TV.

He has a YouTube channel with large fan base of over 100,000 subscribers.

Emma Oh My God has been happily married to his wife, Yetunde Shode since November 19, 2016 and they are blessed with a daughter.

Emma Oh My God Net Worth

He is one of the richest and most influential comedian in Nigeria with an estimated net worth of about $100,000 dollars.