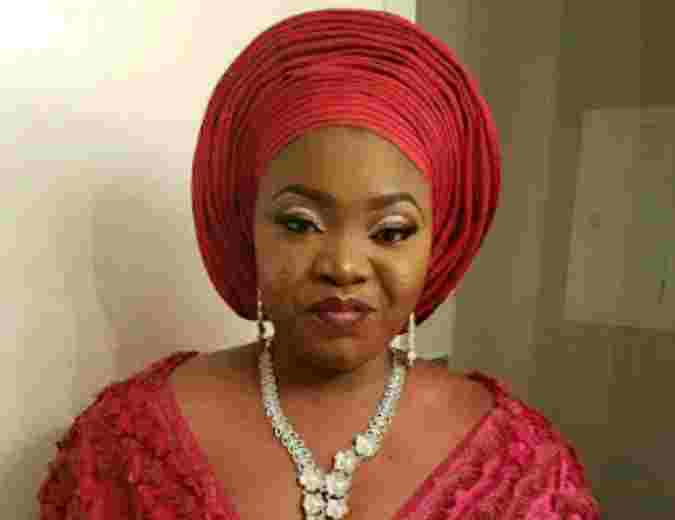 She was born on August 13th, year of her birth is however not known. Dunni hails from Ajilete Yewa in Ogun State in south western Nigeria.

Dunni’s journey into the entertainment world began first as a Tv presenter on Mitv Morning Show tagged, “Wazobia Plus” before venturing into the Tv series.

The movie was very successful and earned her the famous stage name, ‘Mrs. Kogberegbe’ and made her a household name.

Dunni Badru has starred in several Nollywood movies including the popular Mr. and Mrs. Kogberegbe, a movie that is a family programme and an eye opener for couples.

In an interview with the Nation Newspaper, Dunni revealed that in our country today, there are so many broken homes, marriages that have fallen apart over little issues such as ego, background and trust.

So the narratives in the movie Mr. and Mrs Kogberegbe laced with comedy, proffer solution for couples to resolve issues that would tear their family apart.

The famous actress is indeed beautiful, creative, skillful and talented known for good interpretation of roles in movies.

She acts the role of mother in most movies and her style of acting is loved and cherished by her numerous fans across board.

Movie producers and directors in the industry see the abundant talents in her and prefer to feature her in most movies.

Aside acting, Dunni Badru is an advocate for feminism. She is gentle, shy, respectful and a goal getter.

Dunni cited Sola Sobowale as her role model because the renowned Nollywood actress is real and has a natural flow of expression in movies.

Dunni Badru, contrary to the belief of most people for her role, ‘Mr & Mrs Kogberegbe’ are not married in real life. The Ogun state born star is a mother of two children.

The talented Nollywood superstar is currently based in the USA with her family.

Dunni Badru is indeed a talent in the Nigerian entertainment industry, rated one of the richest and most influential with an estimated net worth of about $300,000 dollars equivalent to ₦180,000,000 Million Naira at rate of 380 Naira per Dollar.