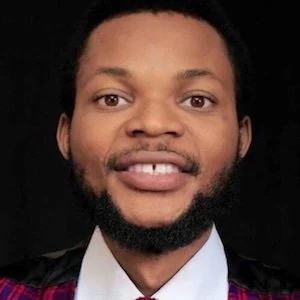 He was born on November 26, 1992 in one of the eastern states but grew up in Port Harcourt, Rivers State.

Denilson had a strong passion for acting and comedy before joining Mark Angel, working together as comic actors.

In 2012, they came up with a media organization that was based on comedy which is the product of Mark Angel Comedy of today, a weekly comedy skit published every Friday on YouTube.

The highly creative and talented comic actor rose to fame and recognition after featuring in a popular comedy skit, “God Bless You” alongside Mark Angel.

In the comedy, Denilson Igwe played the role of a funny pastor who fainted in the Church because a member brought a huge sum of money as tithe.

The comedy went viral on social media and received wide acceptance with growing popularity alongside key players in the comedy business like Emmanuella Samuel and Mark Angel.

They have so far won several awards in Nigeria and abroad.

The business of comedy has equally afforded Denilson the opportunities to travel round various countries of the world alongside Emmanuella and Mark Angel.

The famous Nigerian Comedian Denilson Igwe has an estimated net worth of about $500,000 US dollars equivalent to about ₦300,000,000 Million Naira in Nigeria currency.