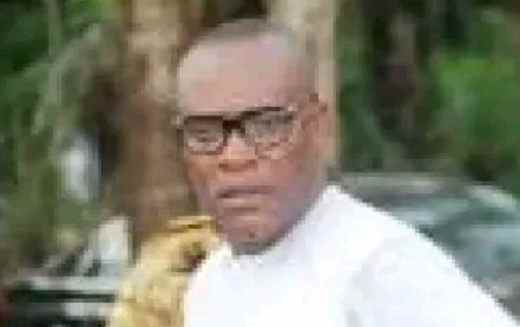 Dauda whose real name is Kingsley Ogbonna needs no introduction in the Nigerian entertainment industry.

He is a popular stand- up comedian, an actor, a dancer and a commercial model who has made a big name for himself.

He hails from Obingwa Local Government Area of Abia State. His date of birth is not known.

Dauda is a Mass Communication graduate of Federal Polytechnic Oko, Anambra State.
Recently, Dauda was one of intakes of the Law Faculty of the Abia State University, Uturu.

Dauda started out as a comedian dated back to his days of Okwu-onu’s Club in Aba, Abia state before venturing into acting.

He began his comedy skits in school and during his service year, a strong passion he had from childhood.

Dauda is highly creative and talented Nigerian comedian. His comedy skits are full of witty sayings, hilarious and inspiring enough to make people laugh and forget their woes momentarily.

His comedy is widely viewed globally.

The seasoned comedian revealed in an interview that being a comedian is more fulfilling and rewarding than acting as he has been able to associate with the most important figures in the society.

In addition, it has opened doors of opportunity, financially and morally and today he is a changed person.

He has worked with top Nigerian comedians like Basket Mouth, Okey Bakassi, Bovi, I Go Save, Omobaba, Senator and many others.

Dauda is also a good comic actor who has starred in several Nollywood movies.

He is known for making social commentary on contemporary issues which have received wide acceptance.

Dauda also doubles as a Special Adviser to Governor Okezie Ikpeazu of Abia State Abia State on Entertainment, Culture and Tourism, an appointment he described as a call to service.

Dauda is married. He revealed that his wife understands his job and his person, not minding the things he does since he has nothing to do with ladies.

According to the talented actor and comedian, “I am blessed amongst women!”.

He also stated that his wife’s insult drove him into reading Law at the Abia State University.

On words of advice for up-coming celebs, Dauda advised them to stay focused, pray and push as nothing good comes easy.

Dauda is indeed one of the highly respected and celebrated Nigerian comedians and actors with an estimated net worth of about $500,000 dollars.