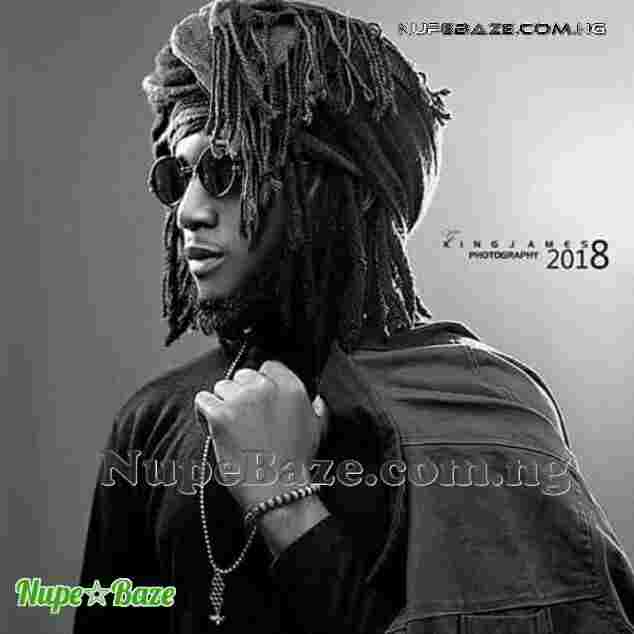 Born Dhinda Luka Bulus Madaki to the family of Mr & Mrs Bulus , hails from Bogoro local government in Bauchi state , North East , Nigeria. His tribe is Zhar, a minority ethnic group in Bauchi state popularly known as ‘ Sayawa ’, the first child and the only son of his parent ( No wonder he refer to his son as a child without a first Uncle in one of his songs ).

Beyond Ordinary Critics , Black Ordained Champ , Black Out Cartoon , Bulus ’ Own Child or Barde Ogan Chasu . The latter is A Hausa term that translates in English as “ Brave Entertainment Leader ”.B.O.C Madaki ( Hausa Rapper ) is the only son of his parents .

His father is named Paul , a name which translates as Bulus in Hausa. Hence the acronym BOC can mean “ Bulus’ own child ”.

BOC Madaki had four sisters by the names Martha , Elizabeth , Mary and Bridget. In 2001, Mary the third sister died. But two years later in 2003 , Bridget was born.

However the eldest sister Martha died on the 24th of January in 2013.He has a young son named Leo with his girlfriend. His parents who are civil servants had 5 children of which Madaki is the first and only male .

The popular Hausa Rapper BOC Madaki attend his nursery and part of primary education at Jibril Aminu nursery and primary school located at New GRA , behind Zaranda Hotel in Bauchi from 1991 to 1996. After which he moved to Yelwa practicing school where he did primary 3 to 6 between 1996 and 1999 .

In 2007 he enrolled for National Diploma at the Abubakar Tatari Ali polytechnic Bauchi to study agricultural technology , a journey he left half way .

He is never shy to state the fact that he was a “ yaro boy ” cleaning plates and shoes , his humble beginning is a pivot. He worked as a primary school teacher. He however returned to same institution and re- enrolled to study estate management between 2012 and 2013 and successfully graduated with a first class National Diploma certificate of Environment Studies in Estate Management.

However he holds a first class National Diploma certificate of Environment Studies in estate management. This was on his second attempt at the same institution in 2012 .

Hausa Rapper Madaki B.O.C started his music career with special numbers in church sometimes giving renditions at liberation hour at Yelwa. He started as a Christian artiste. One of his earliest influences is an artiste called Slash D who we know little of together they started Christ victorious , a gospel group which included slash D’s younger brother Chesque.

BOC Madaki would also perform in school on lit day but under the alias Diamond B. In 2005 Slash D and Madaki would leave the Christian music line and create D hood , a more contemporary hip hop group.

Th hood stands for dream hood. The group will finally dissolve in 2007 as both artistes parted ways. Madaki started his solo journey. Hausa rapper BOC Madaki has over a hundred recorded singles to his name.

B.O.C Madaki also been featured in over five hundred songs .
Hausa rapper BOC Madaki was signed to Toss A Coin management out fit and this was the beginning of his boom. His management deal with Toss A Coin group was renewed to end in 2015. The outfit facilitated the video shoot of his single “ one of a kind ” which featured Black Blinx and C Man.

Both artistes were also signed to the same out fit at the time. His major competition comes from fellow Hausa themed rappers like Classiq , Kheengz and DJ Ab.

BOC Madaki usually rap in English and in Hausa language. He us also able to flow in pidgin English and in Zhar. He is multilingual and believes that music is universal so there is no restriction to the number of Languages he can perform in.

The rasta haired rapper has an active imagination and this allows him to write concrete verses out of his thought. He believes in natural creativity and wild feels that artistes should rely on it. BOC Madaki has over a hundred songs to his credit and has featured on close to six hundred songs. His 2015 released mixtape No English is such a huge success , it has received positive reviews from different corners.

His “ No English ” mixtape was met with positive critical reviews .
It featured fellow Hausa rappers and has gotten him a lot of acclaim. For example , the video skit for the mixtape got over 5000 niche targeted downloads. This only announces the arrival of a new king .

Below are the list of some music, sang by Morell, Arewa Nigerian Rapper