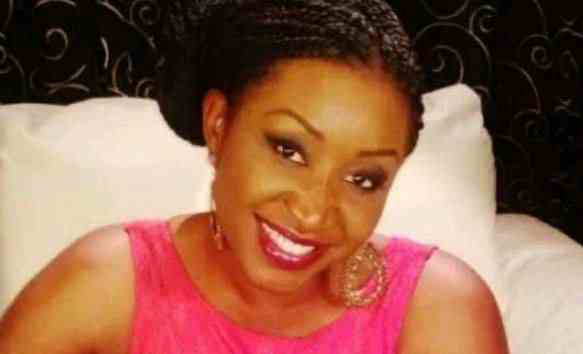 Ashionye Michelle Raccah, also fondly called Ashionye Ugbo Racca, is an award winning actress, producer and singer known for her works in the movie “Journey to self”.

She was born a Nigerian, the actual date, place and year of her birth are not known.

She is a graduate in Mass Communication, Broadcast major from Auchi Polytechnic, Edo State.

She ventured into acting some years back, playing intriguing roles in movies.
She is an actress and writer known for movies like:

• Journey to self
• Public Property
• Jungle Ride
• Spinster
• The Date
• Kpians: The Feast of Souls and many others.

She also scripted the movie ‘Bump’ for Africa Magic.

Aside acting, Ashionye is a multi-talented entertainer with vast experience in music, film and broadcasting in the Nigerian entertainment industry.

She first caught the attention of her fans in the early 2000 when she was a singer, dancer in a girl group, Emtee before she went into acting.

She is the first Nigerian entertainer who owns her own perfume line, “Romance by Ashionye”. The business is currently doing very well.

Ashionye Michelle has so far earned some nominations in recognition for her brilliant work both in acting and music, notably as:

• Best Actress at Naija Awards 2010
• Musician of the year at Future Awards 2007
• Best New Act at Amen Awards and is still counting.

She was been married to a British national and Russian Jewish ancestry, Carl Raccah, a man she described as a Nigerian Oyinbo since August 2009.

Their union is blessed with two children.
In an interview, Ashionye revealed that her husband “understands our culture, our tradition and our values, and nothing has changed.

We both understand each other”…”

She has made a big name and huge fortune for herself as an all-round entertainer in Nigeria, with an estimated net worth of about $600,000 US Dollars.