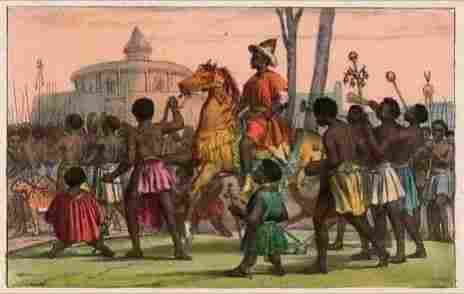 The city of Agenebode in Etsako Local Government Area of Edo State is today considered to be a non-Nupe town inhabited by and belonging to the Uwanno people who speak the Etsako language.

READ MORE ABOUT:  THERE WAS NO OYO EMPIRE By Ndagi Abdullahi

Whenever the history of Agenebode is being recanted today no mention is made, whatever, of any Nupe involvement in the past of Agenebode. The truth, however, is that Agenebode was a Nupe town founded, inhabited and ruled over by Nupe people as recent as just a century ago.

READ MORE ABOUT:  The True Ethnicity Of People Of Bida

The Agenebode general area was originally founded and established by the Afenmai people who were a Nupe people through and through. Even the name ‘Afenmai’ itself reveals the Nupe origin of these ancient Nupe people.

Afe is the same as Ife, Nife, Nufe or Nupe. And, in fact, as recent as the time of Bishop Samuel Ajayi Crowther and the Lander brothers the Nupe people, back here in Central KinNupe, were still being referred to as the Nyife or Afe. In Middle Nupe ‘Ma’ or ‘Ema’ was used to refer to a settlement in the form of a village, town or city such that ‘Afe- Ema’ or ‘Afe-Ma’ or ‘Afema’ directly translates as ‘Nupe Settlement’.

READ MORE ABOUT:  GEN. IBB AND GEN. VATSA: A Tale Of Friendship And Betrayal

It is this ancient Nupe word ‘Afema’ or ‘Nupe Settlement’ that is pronounced by modern Nigerians as ‘Afenmai’. In the latter half of the 19th century the Nupe overlords reasserted their sovereignty over the Afenmai when Etsu Masaba’s aggressively expansionist Nupe empire conquered the Afenmai and established Agenebode into a regional Nupe capital over the Edo-Benin people who are themselves an ancient Nupe people.

It was Shaba Salisu, the nephew to Etsu Masaba, a commander of the powerful military machine of the Bida Emirate who settled at Agenebode and built it into a respectable city in the 1890s. In those days Agenebode was actually known as Kinbokun and almost all of its citizens were full-blooded Nupencizhi.

Shaba Salisu, Etsu Masaba, Etsu Umaru Majigi and the entire Bida Emirate complex actually founded so many other towns and cities, best exemplified by the city of Agbor, throughout Afenmai land and beyond in all parts of the present Edo State.

READ MORE ABOUT:  THE POPULATION OF HAUSA EXAGGERATED By Ndagi Abdullahi Amana Nupe

This way so many people of today’s Edo State are directly descended from the Nupe peoples in the latter half of the 19th century. But when Nigerian history was being rewritten by the colonial historians writing under the payroll of Frederick Lugard the AntiNupe.

READ MORE ABOUT:  Apa Kororofa: The Nupe Origins Of The Igala

All these Nupe foundation of the Afenmai and the general Edo-Benin people was skillfully, but spitefully, written out such that today nobody knew that modern Edo State was more or less Nupe in former times. This is how he history of Nigeria has been mischievously rewritten without recanting the role of Nupencizhi as the leading makers of Nigeria.