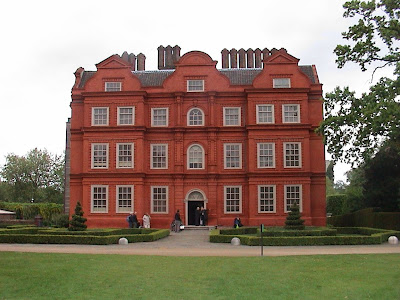 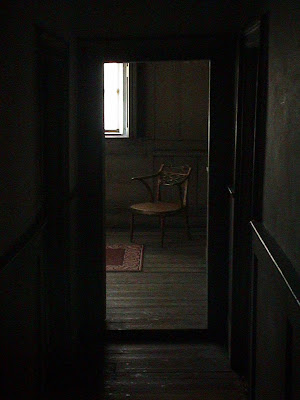 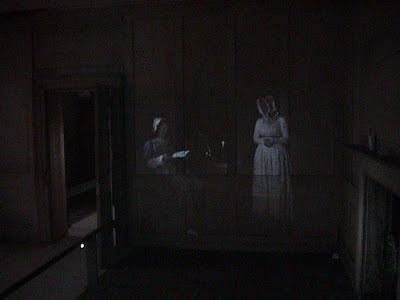 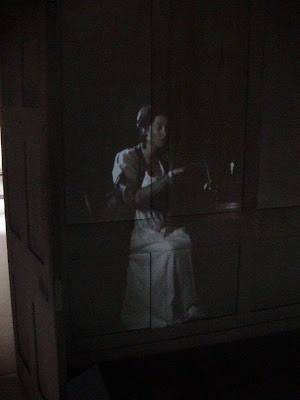 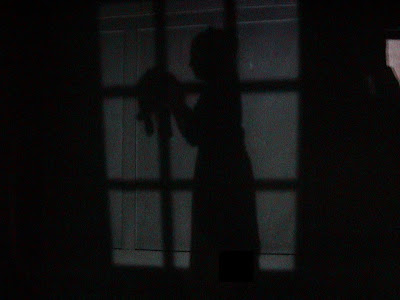 Kew Palace is a striking terracotta Dutch-gable style house in the grounds of Kew Gardens, London.

It was built in 1663 by a merchant and later leased by George III, who acceeded the throne in 1760.

It is not really a palace at all, but takes the name of a larger building commissioned by George III in the same grounds, but never finished.
You can still view the outline of the foundations.

Unfortunately George went mad before this palace was completed. His son the Prince Regent didn’t fancy it, and Parliament opted to knock it down [the staircase ended up at Buckingham Palace].

The “Dutch House” as it was known was used by Queen Charlotte, and their family. An enormous dolls house is one of the exhibits – it needed to be large as they had 15 children. She died there in 1818.

The palace is open to the public and a painstaking restoration has left areas where the decorations are peeled away to reveal layers beneath. It is very atmospheric, expecially in the “back stairs” and upper servants quarters. Here clever audio-visuals create ghostly memories of the lives of those who once served the royal family [all photographs copyright this blogl