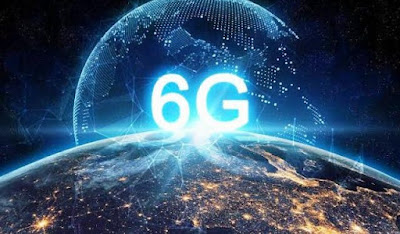 While most nations of the world are still rolling out 5G at a very low pace, China has gone a step higher with the 6G network.

In fact, the rest of the world barely grasps the truest essence of 5G, let alone agreeing on what 6G will even be. On the 6th of November, 2020, China successfully launched a Long March 6 rocket and sent a payload of 13 satellites into orbit. Among them was what was described as “the world’s first 6G satellite”.

5G can be referred to as the fifth generation technology standard for broadband cellular networks. The deployment of 5G Networks by the telecom industry began in 2019 across the world, and it is the planned successor to the 4G networks which provide connectivity to most current cell phones.

However, 5G has become intensely controversial in many locations, with people, and a few scientists, expressing concerns about the possible health effects of radio-frequency (RF) energy transmitted by 5G base stations.

The oppositions to the 5G network focuse on two characteristics.

5G systems will operate in several frequency bands, including one that is slightly below (and will eventually extend into) the millimetre-wave part of the RF spectrum that extends from 30 to 300 GHz. While millimetre waves have not heretofore been used for cellular communications, they have been used for many other applications, including airport security scanners, anti-collision radar for automobiles, and to link present-day cellular base stations.

Second, 5G systems will rely on a multitude of “small cells” mounted close to subscribers, often on utility poles running along public streets. These small cells will incorporate “smart” antennas that transmit multiple beams (up to 64 with present designs, eventually more), which can be independently steered to individual subscribers. They operate at much lower power levels than “macro” cells used by present systems, which are typically located at the tops of buildings in urban areas.

To be fair, China has been at the forefront of 5G networking, with the country already adopting the newer and faster bandwidth into its infrastructure. Now, the economic powerhouse is moving forward with 6G networking, while other nations, including the US, are still struggling to roll out 5G networking. The race for 5G is largely responsible for the heightened US-China trade dispute, including sanctions imposed on Huawei, the leading 5G gear manufacturer.

This is the 6th generation of connectivity technology. To put the high speeds into perspective, 6G is capable of downloading a high-definition movie in just 9 seconds and 3,800 high-resolution images in under a minute and 30 seconds. With the advent of the 6G, a surgeon from Abuja can use robotics to operate on a patient in Rivers State or even be used to save a life on the battlefield through another robot.

According to an explanation by the National Science Foundation’s Thyagarajan Nandagopal, the satellite Star Era-12 has a frequency band so high that it had to be tested in space to avoid signal disruption due to the atmosphere. Nandagopal estimates that a range of 100 and 500 Gigahertz, or GHz — 100 times faster than 5G. To understand that speed, compare 5G and 4G cellphones, a 5G model is 100 times faster than a 4G, depending on the carrier.

Recently, Google and Apple both joined a new 6G industry group, a North American trade group known as “the Next G Alliance.” That is perhaps a sign that we can likely expect 6G iPhones and Pixels to be known in the coming years.

Meanwhile, some industry critics believe that “it’s a bit of nonsense to call what China have just launched, 6G“. Perhaps because Chinese engineers claim that the satellite, jointly developed by the Chengdu Guoxing Aerospace Technology, the University of Electronic Science and Technology of China, and Beijing Weina Xingkong Technology, could boost data speeds dramatically.

Japan has begun planning a comprehensive strategy for “post-5G” (6G) technology that achieves communication speeds 10 times faster than 5G by 2030. Even the South Korean government is planning on launching the pilot project for 6G networking in 2026.

Samsung Electronics, a South Korean tech giant, in a white paper titled “The Next Hyper-Connected Experience for All”, said it is expecting that the next generation of networking will arrive as early as 2028.

Pamela Anderson marries her bodyguard after falling in love with him...