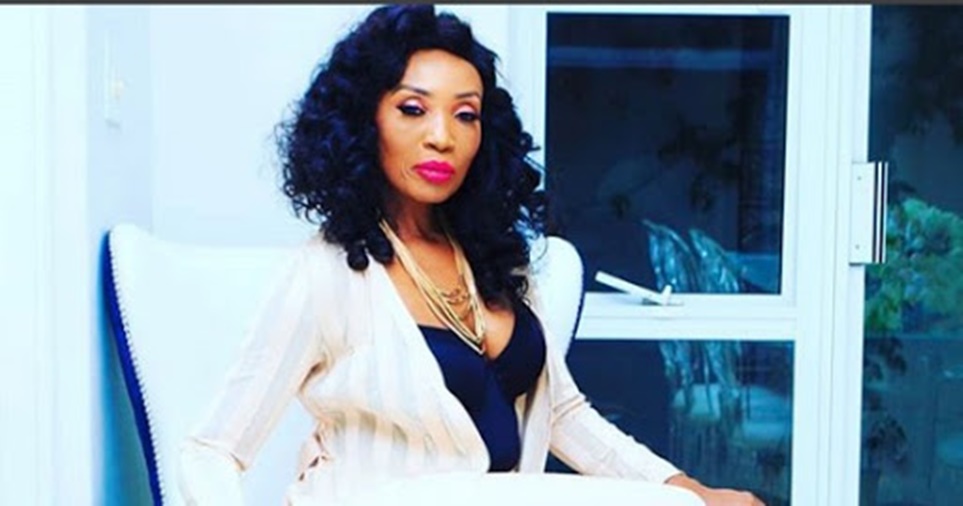 Sophie Lichaba is a household name to many South African following her numerous acting roles in many soapies.  Some even know her by the name Queen Moroka, the name of the wildly popular character that Sophie Lichaba played on soapie Generations.  Sophie remains loved by many despite the many rumours of her death and deteriorating health.

In 2016, she was a guest judge on the Miss South Africa beauty pageant. Before she got her breakthrough role on  Generations,  Sophie Lichaba also featured in the soapies Class of 92 and Egoli.

The veteran actress has won several awards over the years. She was honoured with a Duku Duku Award for Best Soap Actress in 2003 and a Golden Horn Award for Best Comic Actor in 2009.

iHarare has also noted that the talented actress completed her high school in Zimbabwe and before beginning her modeling career. Sophie is reported to have been sent to an orphanage in Zimbabwe by her mother who felt that she could get a better education this way compared to what was being offered by the apartheid government in South Africa.

Sophie is a woman of many talents who is adept at multitasking.  Apart from being a successful event and wedding planner, she is also an entrepreneur and businesswoman. She started her business around 20 years ago and she has organized weddings successfully for some of the celebrities in South Africa.

Sophie married businessman Max Lichaba in 2017 after she met him through his brothers.  A furious Max came out guns blazing and defended his wife when people on social media claimed that she was dying of HIV because of her weight loss.

‘‘I admire her for choosing to lose weight, changing her eating habits…I also pray she keeps praying for life and never cares what people are saying on social media about her …But if she dies they will write,’diabetes is real guys’.But they can’t support her now whilst she’s alive ”, Max wrote on his Instagram.

IMPORTANT NOTICE:Access LIVE News, Jobs and More. Send a WhatsApp message with the word HIE to +263718636522 or just CLICK HERE to try it out. iHarare is now a information one-stop-shop. Please click on the links highlighted in Red to access News, Events, Jobs, Pricecheck, Classifieds, Dating and Education services by iHarare.For any queries contact us by CLICKING HERE .