Home Actress Searching For Her Sister, As Well For Herself 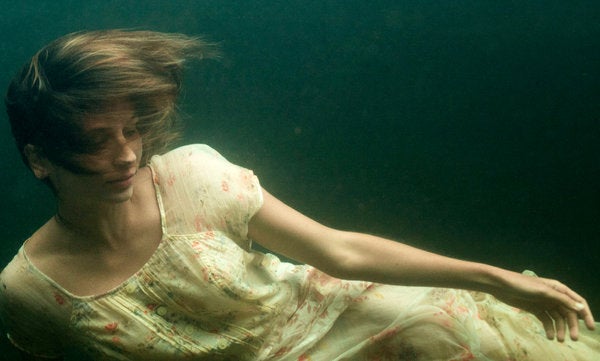 The title character of Petra Costa’s poetic, intensely personal documentary essay, “Elena,” is her older sister, a Brazilian dancer and aspiring actress who settled in New York City and eventually committed suicide when Petra was 7. Years later, Petra, also an aspiring actress, followed in Elena’s footsteps and moved to New York to study theater at Columbia. “My mother always said I could live anywhere in the world, except New York,” she recalls. “I could choose any profession, except actress.”

The film is a dense, impressionistic collage of accumulated fragments from home movies, newspaper clippings, diary entries and excerpts from letters, narrated by Ms. Costa in a tone of dreamy sadness. Her refusal to heed the advice of her mother, an elegant, sepulchral presence threaded through the film, suggests that Petra, like her sister, is an impulsive, volatile young woman, willfully tempting fate in her quest to conjure a sibling with whom she was very close as a young child. It is also an attempt to exorcise her own boundless grief and, in so doing, spare herself Elena’s tragic destiny.

Petra’s identification with Elena is so intense that the faces of the two sisters seem almost interchangeable, like the two women in Ingmar Bergman’s “Persona,” one of them an actress (played by Liv Ullmann) suddenly gone mute, the other her nurse (Bibi Andersson), futilely trying to coax her out of a despair beyond words. Another classic film to which “Elena” indirectly refers is Alain Resnais’s “Hiroshima Mon Amour,” with its intermingled reflections on passion, time and historical trauma suggested by the mention of “Hiroshima.”

“Elena” evokes the experience of three generations of Brazilian women. Elena was born in 1969 at the start of the dictatorship that drove many Brazilian artists into exile. Later she lost many friends in the dance world to the AIDS epidemic.

Petra, who was born in 1983, imagines a spiritual continuum in which personal and historical memory merge in a visual stream of consciousness. Throughout the movie, she addresses her sister as if she were speaking to a ghost. But at a certain point, “you” is not just Elena, whose essence she tries to resurrect, but herself and her mother.

With its free-floating imagery, “Elena” unfolds like a cinematic dream whose central image is water, which symbolizes the washing away of grief. But more than that, it represents the stream of life, with beautiful images of women floating through time.