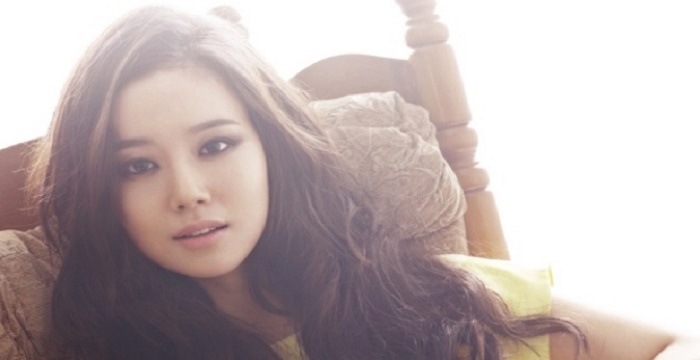 After she left college to become an actress, Moon got an opportunity to appear in ‘Dramax’s ‘Reconstruction of Love’ in 2007. She made her debut in ‘Mackerel Run’ alongside newcomer, Lee Min-ho. She and Lee were finalized from more than fifty candidates who auditioned for the roles.

Later, Lee and Moon appeared together in the comedy movie, ‘Our School’s E.T’.

In 2008, Moon got a major breakthrough in ‘Painter of the Wind’, alongside Moon Geun-young. It was a period drama based on homoerotic connotations. Moon portrayed the character of a beautiful gisaeng who falls in love with another painter, who liked acting like a man.

Even though the movie had a major chance of falling into controversy, it was surprisingly very well received by the Korean audience as well as the critics. The movie earned her Moon, her first acting award too.

In 2009, she gave a hair-raising performance in the top-rated Korean drama, ‘Brilliant Legacy’. She played the role of a girl who had a prerogative over her estranged step-sister.

Her role in ‘Brilliant Legacy’ established her as a full-fledged actress in the Korean drama industry. She also appeared in a supportive role in ‘KBS2’s ‘My Fair Lady’.

In 2010, Moon starred as a lead for the first time in SBS’ series, ‘It’s Okay, Daddy’s Girl’, where she played a girl who suddenly turns mature and responsible, after a family tragedy hits her. She also did a cameo in the 20th episode of ‘MBC’s ‘Road No.1’.

In 2011, she played the biggest role of her life in ‘War of the Arrows’– a hit action movie which told the story of Second Manchu Invasion of Korea. It became the highest-grossing blockbuster of 2011.

Moon played the role of a feminine woman who gets abducted on her wedding day by a foreign army. However, instead of giving up on her life, she survives using her will power and determination to live. Moon pulled off her first single female role with ease and grace, even when she suffered a few injuries after falling off a horse while shooting.

She later starred in ‘KBS2’s drama, ‘The Princess’ Man’ where she played the daughter of Grand Prince Suyang who falls in love with the son of her father’s rival. The forbidden love story became a commercial as well as critical hit.

In 2012, Moon received an overwhelming response for her performance in ‘KBS2’s melodrama, ‘The Innocent Man’, where her role was of a suspecting woman who was supposed to take over her father’s corporation

In 2013, she played a pediatric surgeon in medical drama, ‘Good Doctor’. The series was a mild hit.

In 2014, she starred in a short-film called ‘Awaiting’, where she portrayed a woman who was separated from her husband for sixty years due to division of North Korea and South Korea. The movie was screened at ‘38th Hong Kong International Film Festival’.

In 2015, Moon made a comeback on big screen with romantic comedy, ‘Love Forecast’. Moon played a weather forecast woman. The movie became a major hit with 1.89 million viewers.

She returned to small screen with ‘MBC’s, ‘Goodbye Mr Black’, where she played the lead. She appeared in a guest role in ‘JTBC’s ‘Please Take Care of My Refrigerator’ (episodes 60-61).

In 2017, she played the female lead in the Korean adaptation of ‘Criminal Minds’ on ‘tvN’. She is set to star in the third installation of ‘Divining Art Trilogy’ called ‘Auspicious Grave’, which is set to be released in 2018.

She received nominations for her role in ‘My Fair Lady’ at ‘KBS Drama Awards’, and for ‘Painter of the Wind’ at the ‘45th Baeksang Arts Awards’ in 2009.

She won ‘Best New Actress Award (s)’ for her role in ‘War of the Arrows’ at the ‘48th Grand Bell Awards’ and ‘32nd Blue Dragon Film Awards’.

At the ‘9th Korea Lifestyle Awards’, she won an award for ‘Best Dressed of the Year’.

At the ‘19th Korean Culture and Entertainment Awards’, she won the ‘Excellence Award Actress (Film) and (TV)’ for ‘War of the Arrows’.

She won the ‘Popularity Award’, ‘Top Excellence Award, and Actress for ‘War of the Arrows ’at the SBS Drama Awards’.

She won the ‘Best Couple Award’ with Song Joong-ki for ‘The Innocent Man’, and the ‘Netizen’s Award’ at the ‘SBS Drama Awards’.

She won the ‘Best Couple Award’ with Joo Won for ‘Good Doctor’ and ‘Popularity Award (Actress)’ at the ‘KBS Drama Awards’.

She had also won the ‘Excellence Award (Actress in a Mid-length Drama)’ at the ‘KBS Drama Awards’ for ‘Good Doctor’.

She won ‘Producer’s Choice Award’ for her role in ‘Love Forecast’ at the ‘19th Bucheon International Fantastic Film Festival’.

She got nominated under ‘Top Excellent Actress in Mini-series’ category for her role in ‘Goodbye Mr Black’ at the ‘MBC Drama Awards’.