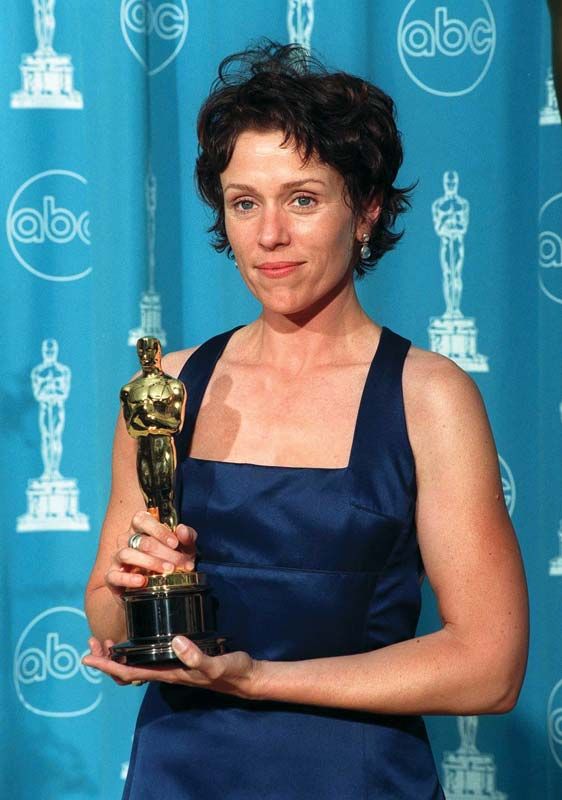 Frances McDormand, in full Frances Louise McDormand, (born June 23, 1957, Gibson City, Illinois, U.S.), American actress who was critically acclaimed for her unadorned yet magnetic interpretations of character roles in film and on television as well as on the stage.

When did James T. Kirk graduate from Starfleet Academy?

McDormand, the daughter of a Disciples of Christ minister, spent her childhood in a succession of small Midwestern towns. She found her vocation as an actor when she was cast in a high-school play. McDormand studied theatre at Bethany College in West Virginia (B.A., 1979) and then enrolled in Yale University’s School of Drama (M.F.A., 1982). She moved to New York City to seek a career on the stage.

Her first professional acting job (1982) was in a play by Derek Walcott, for which she traveled to Trinidad and Tobago. She was cast in a central role in Joel and Ethan Coen’s first movie, Blood Simple (1984), and McDormand married Joel Coen the year the film was released. Her primary focus remained theatre, however, and that same year she made her Broadway debut in a revival of Clifford Odets’s Awake and Sing! In 1985 McDormand had a recurring guest part in the TV series Hill Street Blues and a bit part in Sam Raimi’s comic horror film Crimewave, and she played the baby-mad Dot in the Coen brothers’ Raising Arizona (1987). She won praise and an Academy Award nomination for best supporting actress for her portrayal of a submissive wife who chooses to unmask her racist husband in Mississippi Burning (1988), and she was nominated for a Tony Award for her performance as Stella in the 1988 Broadway revival of Tennessee Williams’s A Streetcar Named Desire.

McDormand played a lead role in Ken Loach’s political thriller Hidden Agenda (1990) and portrayed the protagonist’s girlfriend in Raimi’s fantasy thriller Darkman (1990). She appeared in Robert Altman’s sketch collection Short Cuts (1993) as well as the minor films Beyond Rangoon and Palookaville (both 1995). McDormand’s portrayal of the methodical, folksy, and very pregnant police chief Marge Gunderson in the Coen brothers’ celebrated Fargo (1996) earned her an Academy Award for best actress. She later appeared in Wonder Boys (2000) and was nominated for the Oscar for best supporting actress for her portrayal of the overbearing mother of the protagonist in Cameron Crowe’s Almost Famous (2000). McDormand played an aging hedonist in the drama Laurel Canyon (2002) and appeared in the Jack Nicholson vehicle Something’s Gotta Give (2003). She was again nominated for the best-supporting-actress Oscar for her role as a truck driver with ALS in North Country (2005). Her subsequent films include Burn After Reading (2008), Transformers: Dark of the Moon (2011), and Moonrise Kingdom (2012).

In 2008 McDormand received rave reviews for her starring role in a Broadway revival of The Country Girl, and she later won a Tony Award for her lead role in the drama Good People (2011). She earned an Emmy Award for her portrayal of the title character in the 2014 TV miniseries Olive Kitteridge. McDormand later voiced the character Momma in the animated feature The Good Dinosaur (2015) and Interpreter Nelson in the stop-motion animated film Isle of Dogs (2018). She also appeared in the Coen brothers’ Hail, Caesar! (2016).

McDormand later starred in Three Billboards Outside Ebbing, Missouri (2017), portraying a mother determined to find the killer of her daughter. For her performance, she won her second Oscar. In 2019 McDormand provided the voice of God for Good Omens, a miniseries based on Neil Gaiman and Terry Pratchett’s 1990 novel of the same name.