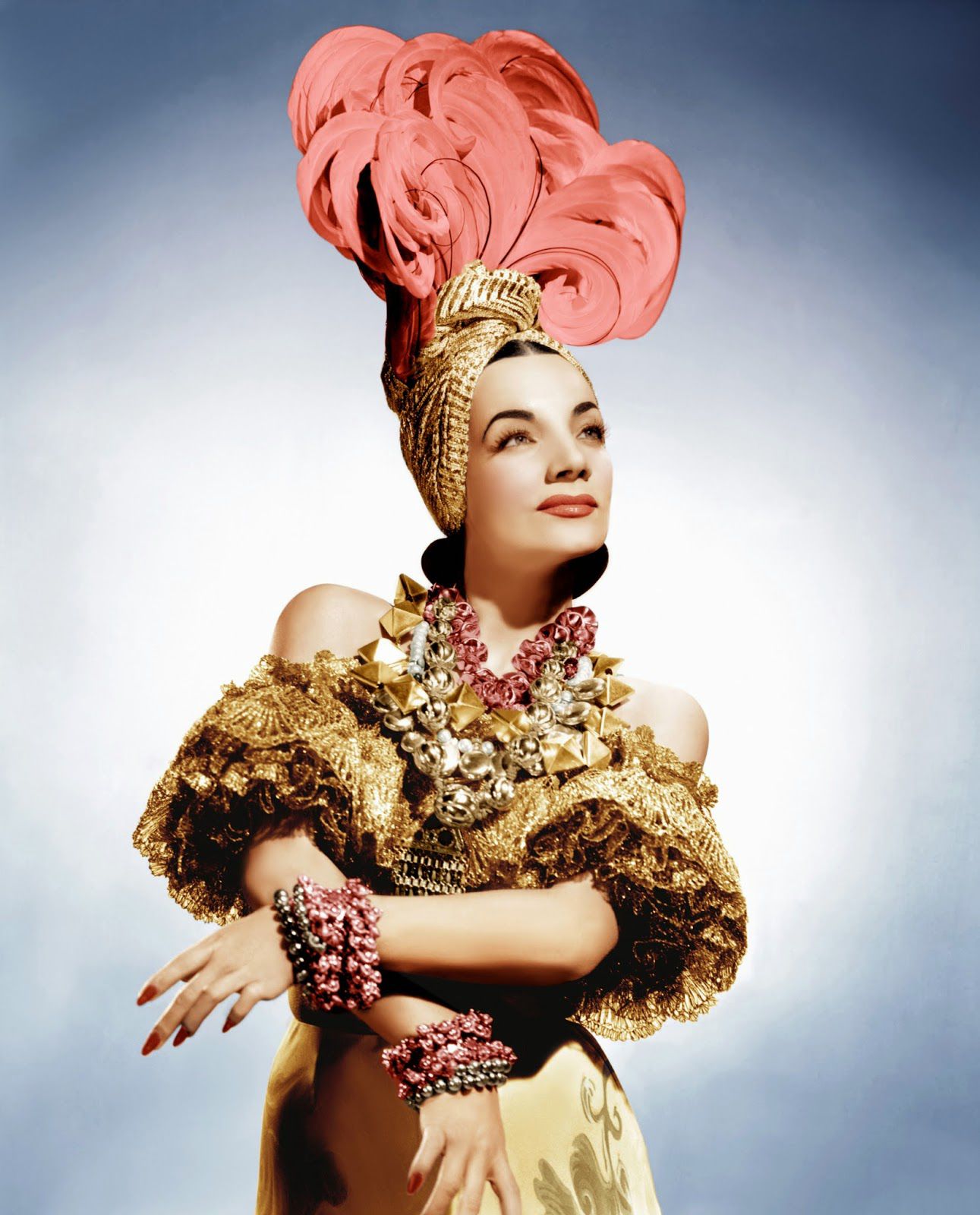 Miranda’s family moved to Brazil when she was an infant. In the 1930s she became the most popular recording artist in that country, where she also appeared in five films. Recruited by a Broadway producer, she starred in The Streets of Paris (1939) onstage before making her American film debut in Down Argentine Way (1940). Typecast as the “Brazilian Bombshell” and given such caricatural roles as “The Lady in the Tutti-Frutti Hat” in Busby Berkeley’s The Gang’s All Here (1943), she became the highest-paid female performer in the United States during World War II. Her final Hollywood film was Scared Stiff (1953).