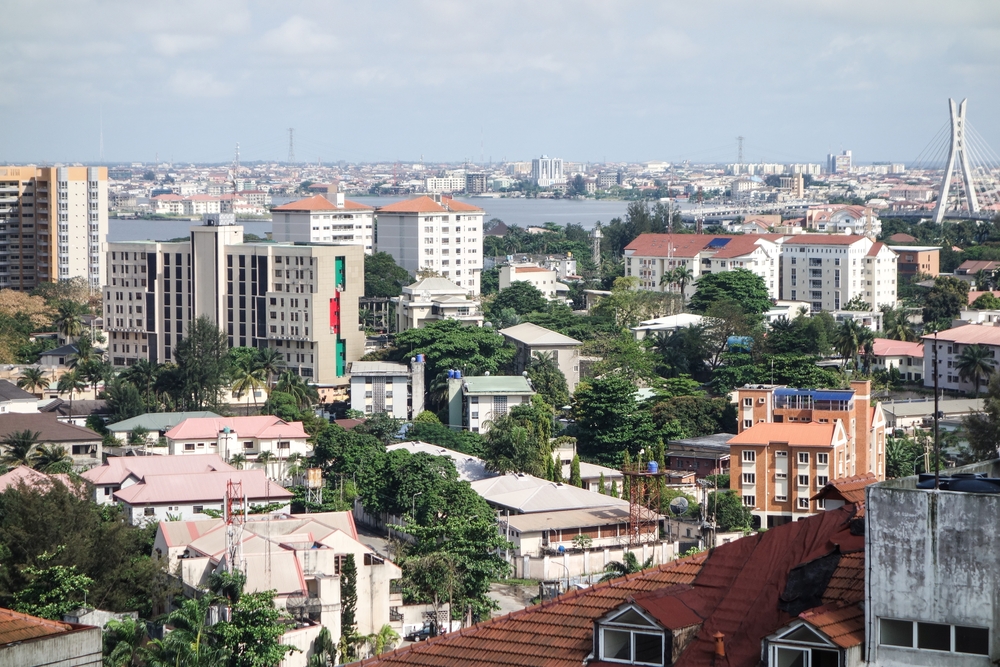 No matter how long you’ve been courting your partner, the relationship remains unrecognised until the formal introduction ceremony. However, this also means the couple is ready to tie the proverbial knot. The introduction ceremony traditionally takes place in the bride-to-be’s family home. Her fiance’s people come to the house to pay their respects to her family and “state their intentions”. After the bride-to-be’s family accepts the official proposal, both families share food and drinks. These days, however, introduction ceremonies are as good as one of the three wedding ceremonies that Nigerians usually observe. That’s up next.

Unless someone is a ‘foreigner’—or don’t mind the risk of being referred to as such—Nigerians are expected to have three different wedding ceremonies. The first one is the traditional wedding. Depending on what part of the country you’re from, this involves bride price, flogging, mass prostrations, wine carrying, picking out your spouse from a line of thoroughly-veiled women, and the like. Then come the court and church/mosque weddings. That way, a couple’s union has been recognised by the provisions of Nigerian traditions, religion, and civil law. All three weddings also involve feasting, so couples need to be financially prepared for this as well. 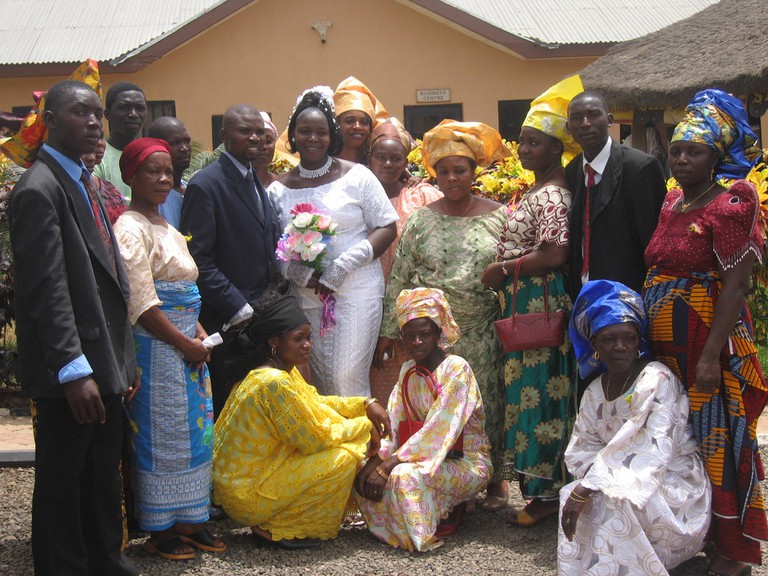 Extremely significant among the Igbos, but also widely practiced across other Nigerian tribes is omugwo. The Yorubas call it “Itoju omo”, Igalas call it “Iwagwala-oma”, and the Annangs, “Umaan” After a mother gives birth to her baby, her mother-in-law comes to the home to take care of the new mother and her. The nursing mother is not required to lift a finger as everything is done for her—including bathing the baby, massaging the new mother’s tummy, performing household chores, cooking special meals such as peppersoups, and so on. If a mother-in-law is unavailable for an omugwo, the woman’s own mother or a close relative can take up the mantle. Omugwos are a thing of pride and so symbolic that they have been known to cause quarrels among family members over who is most capable of caring for the nursing mother and her new baby. Omugwos last for at least three months.

The Nwaboy method of apprenticeship is prominent among Nigeria’s Igbo people. It is seen as way to spread wealth among kinsmen. This tradition requires that a young boy/man leaves his family home with an older, rich relative or family friend (who is usually an established businessperson) for “training”. During this training, the apprentice is entrusted with various tasks ranging from mundane errands to coordination and supervision, and they are exposed to the world of business transactions. Oftentimes, valuables are put in his care. At the end of his training, he is given his “freedom”—a tidy sum to start a business and sustain himself and his family.

Sunday rice is a weekly fixture in most Nigerian homes. The anticipation of the traditional dish after church services makes every Sunday complete for some. For others, just the pure joy of preparing the delicacy and sharing it with the family or neighbours does the magic. Sunday rice is usually plain-white rice and stew (made with tomatoes and pepper) with chicken, beef, or fish. However, on special occasions, it could be jollof, fried, concoction, or any other variation of cooked rice. 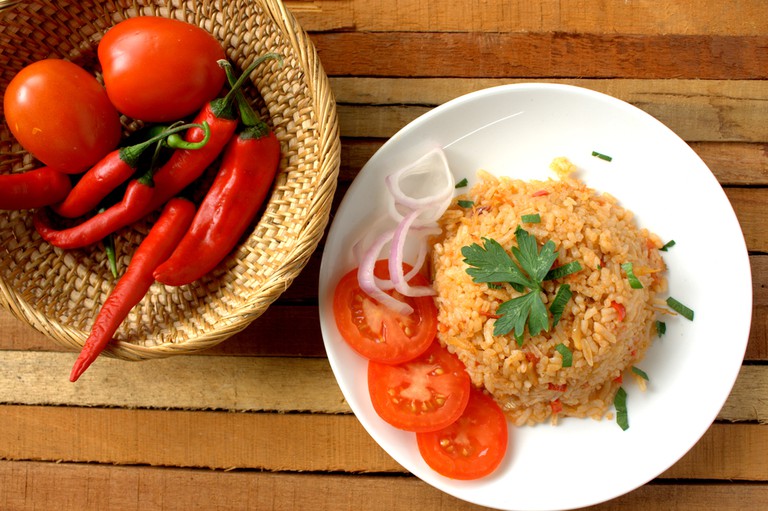 This is separate from the important child-naming ceremony commonly practiced in parts of Africa. At the naming, the baby’s immediate and extended family gather to give it names, particularly ones that will determine how prosperous it would be in life and such. However, like child-naming ceremonies, child dedications’ prominence also cut across different religious faiths. The purpose of a dedication is essentially to thank god for the baby’s presence and present it as a loyal servant.

Certain people attend ceremonies in Nigeria just to partake in this interesting practice. At grandly-organised weddings, burials, child naming or dedications, and birthdays, people—regardless of financial status—come forward while dancing to rain money on those on the dance floor. Of course, only crisp notes are encouraged. Reasons for the act (or art) of spraying money include portraying the social status of those being celebrated, showing how much they are appreciated, and a basic show of flamboyance and affluence. Spraying money is such a symbolic feature in Nigerian ceremonies that an Ijaw bride won’t smile until she’s been sprayed. 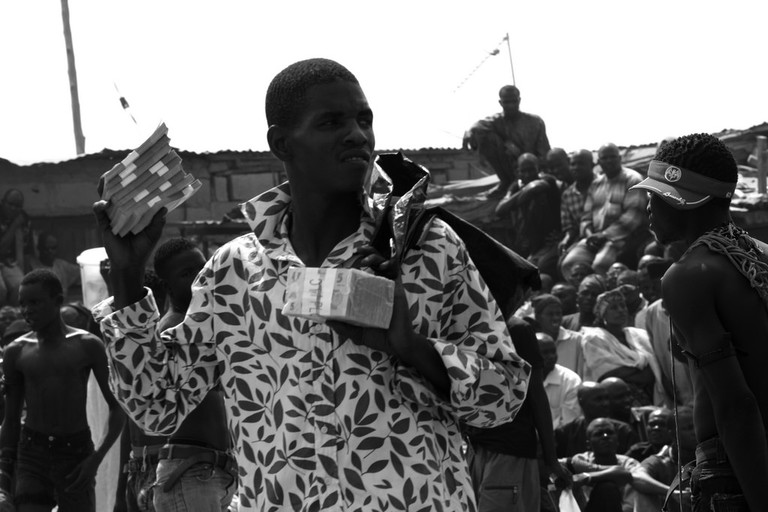 In Nigeria, social etiquette transcends common pleasantries and is actually a statement of respect and upbringing. Several things go into greeting an elder in Nigeria, including ethnic background and gender. For example, certain tribes require a female to kneel on the floor or curtsy to greet an elder, while males are expected to prostrate, squat, or bow completely to the ground. This is regardless of where or the number of times younger people have seen their elders that day. Another traditional form of greeting in Nigeria is one that’s done after meals. In some homes, the more elders that are present, the more thank yous are expected from younger guests.

Looking ‘Fresh’ on Your Wedding Day

Only Nigerian brides understand how crucial it is to fill out their clothes nicely and glow on their wedding day. The extent of happiness and well-being of the bride is practically expected to be physically viewed in how healthy and radiant she looks by the time her wedding day rolls around. In the past, this was achieved in fattening rooms. Fattening rooms originated among the Efik, and they were created to prepare girls for womanhood and marriage through several rituals and rites. One tradition involved waiting on her around the clock and doing everything possible to make her gain weight and portray affluence. These days, however, gaining weight is no longer the goal, and women just stick to ensuring they look as ‘fresh’ as possible by going to the spa, avoiding stressful or strenuous tasks, eating right, and resting. 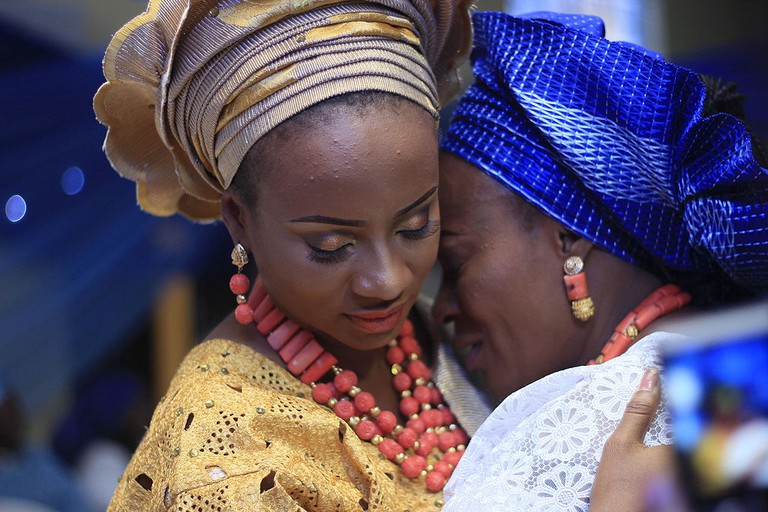 Nigerians see it as a sign of disrespect and disgusting to greet, eat, hand over, or collect things from people with your left hand unless you’re left-handed or have no right arm. And even then, it might be difficult to be granted exemption from the rule. It’s worse when the person you extend your left hand out to is older than you are.