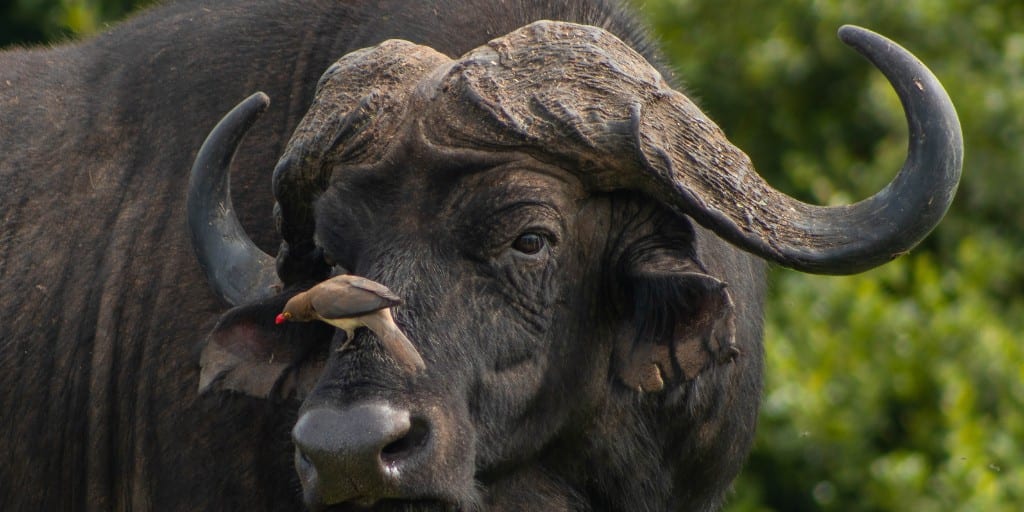 Africa is a continent with huge biodiversity and wonderful wildlife viewing opportunities… and is also home to a large selection of dangerous animals – some of the most dangerous on the planet, in fact, causing significant numbers of human deaths.

Because of the way the list is compiled (estimated human deaths caused by animals) there are many African animals not on this list that could easily prove fatal to a human, if not treated with the respect that they deserve.

It’s worth bearing in mind that although there are some very dangerous animals on this list, the majority are limited to national parks and game reserves, where following the basic safari rules will remove almost any threat of death. So, with this in mind, here’s our list of the 10 most dangerous animals in Africa:

Responsible for an estimated 1,000,000 deaths per year

Although the tiny mosquito may look far less impressive than the other large creatures on this list, it is far and away the most dangerous animal in Africa – and the world.

The many species of mosquito in Africa carry a number of different potentially fatal diseases, including Yellow Fever, Zika virus, West Nile virus, Dengue Fever, and of course Malaria. Between them, these diseases kill an estimated one million Africans each year.

Active from dusk to dawn, prevention against mosquito bites takes the form of wearing light colours, using spray or lotion repellents and sleeping in mosquito nets.

Responsible for an estimated 3,000 deaths per year

With so many dangerous animals in Africa, many people often overlook the fact that the hippopotamus is actually the biggest killer of humans of all large African animals. Although hippos are herbivores, these highly territorial animals are estimated to kill an incredible 3,000 people each year.

Male hippos fiercely defend their territories – which include the banks of rivers and lakes, while females hippos can get extremely aggressive if they sense anything getting in between them and their babies, who stay in the water while they feed on the shore.

Hippos weigh at up to 1,500 kg – the third biggest animal in Africa behind the elephant and rhino – and can run on land at speeds of up to 30 km per hour. Combine this with their aggressive nature, agility in and out of the water and sharp, half-meter teeth in enormous jaws and you can understand why hippos can make for such a fearsome creature to encounter.

Responsible for an estimated 500 deaths per year

Reaching weights of up to 7,000 kg the world’s largest land animals can often be unpredictable, with older bull elephants, young males, and elephants with babies particularly dangerous to anything that crosses their path. Unprovoked attacks by elephants on humans are occasionally reported, usually by male elephants in musth (a sexually active period when testosterone levels increase).

Whilst they may seem like relatively relaxed safari animals, each year around 500 human deaths are caused by African elephants by trampling and crushing their victims. In areas where poaching occurs, or the elephants’ habitat is in danger, elephants tend to be much more aggressive.

Responsible for an estimated 300 deaths per year

Found in almost every major river throughout Africa, and in many lakes, Nile crocodiles are the continent’s largest freshwater predators.  The Nile crocodile is known for its aggressive nature and is the crocodile species involved in most fatal attacks on humans, killing an estimated 300 people each year. (Know the key differences between crocodiles and alligators?)

Known for their ambush hunting technique, the crocodiles are indiscriminate hunters and attack any animal that comes within reach – including humans. Their attack usually takes the form of launching from the water and clamping its victim in its powerful jaws, dragging them back into the water to drown them before stashing them under submerged branches or rocks to eat later.

Responsible for an estimated 200 deaths per year

As the apex predator of the African wild, the lion is one of the world’s top predators. Whilst humans are not their natural prey, each year an estimated 200 people are killed by lions. Sick male lions are mostly responsible for this death rate, along with opportunistic attacks in areas where the lions’ natural prey has been depleted.

Whilst there have been a handful of reported deaths of tourists or guides being killed by lions during a safari trip, these cases are very much the exception. The vast majority of humans killed by lions are of locals going about their daily lives in or on the fringes of African game reserves.

Responsible for an estimated 200 deaths per year

The Cape buffalo is without a doubt one of the most dangerous animals in Africa, and is sometimes referred to as ‘widowmaker’ or ‘the black death’.

These aggressive and unpredictable beasts can weigh up to 1,000 kgs and grow up to 1.7 meters tall. They’re fearless and will mob any predator that dares to take its young.  They usually travel in herds but are one of the few animals in Africa that will actively stalk and kill humans if alone.

The buffalo was a favourite of trophy hunters (hence their status as one of the big five), and are known to attack humans by circle back on their victims before charging, then trampling or goring them to death using their sharp horns. Buffalos kill an estimated 200 people each year.

Responsible for an estimated 2 deaths per year

The great white shark is an animal that strikes fear into many people who get into the waters around southern Africa. It’s certainly the most aggressive shark when it comes to human encounters, being responsible for the majority of the fatal shark attacks in Africa, and globally.

Great whites don’t consider humans as prey, and seemingly only attack in cases of mistaken identity where they’re not able to clearly identify exactly what they’re attacked. Great whites charge their prey at up to 40 km per hour, take one large bite then back off, letting their prey bleed to death before eating it. When it comes to humans, great whites usually take a test bite then leave. However, in around 20% of cases, the damage is done and the victim dies from loss of blood.

With all that said, deaths from shark attacks account for an average of only two deaths a year in Africa.

Rhinos are extremely large and powerful animals, weighing in at up to 2,800 kgs and second only to the elephant for sheer size. On top of this, they’re renowned for being somewhat irritable. Although they have poor eyesight their sense of smell is excellent, and the smell of humans sometimes triggers rhino to charge at a person or vehicle.

Although the black rhino is generally more aggressive, both black and white rhino charge when threatened, resulting in human deaths. Rhino mothers with calves are very protective of their young and are quick to attack anything which appears to them as a threat.

They can charge at speeds of up to run up to speeds of 64 km per hour, and have two large, sharp horns, so be sure to always keep your distance and never get between a mother and baby, or anywhere near an older male.

Puff Adders reach an average length of around 1 meter long with a wide girth and varied camouflage colours depending on where they live. They are found the length and breadth of Africa, with the only exceptions being the rainforest and Sahara regions.

Whilst it’s not the most venomous snake in Africa, the puff adder makes this list as it’s the snake that causes the most fatalities in Africa. This is due to its extensive habitat, its aggressive nature, and the fact it is well camouflaged. This means it lies still to avoid detection rather than fleeing, resulting in attacks when people accidentally step on the snake.

Its potent venom and long fangs mean fatality rates from bites of up to 20% if not treated.

Black mambas are regarded as one of the most deadly snakes in the world, and for good reason. They are the largest venomous snake in Africa, with adults growing to around 2.5 meters and also one of the world’s fastest snakes, moving at 20 km per hour. Black mambas have well-developed vision, and are active in the daytime as both an ambush and pursuit predator. They’re also a highly aggressive snake when cornered, known to attack and strike repeatedly.

The black mamba’s real danger comes from their extremely toxic venom, with one bite containing enough neuro and cardio-toxins to kill 10 people. The amount of venom a black mamba injects in an attack triggers a fast onset of symptoms of asphyxiation and cardiovascular collapse with a 100% fatality rate for untreated bites. This puts them near the top of the list of most venomous snakes in the world.