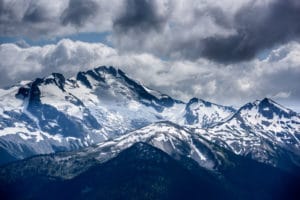 Canada is famous for its immense wealth of natural landscapes, fantastic nature reserves and dense forests (did you know that 10% of the world’s forests are found in Canada?). But Canada is also recognized throughout the world for its snowy landscapes.

Discover 10 essential winter places to see in Canada: they’ll certainly tempt you to pack your bags! Buckle up and take off on an unforgettable Canadian crossing.

Disclaimer! This article was incredibly hard to write, we could have picked 50 more places in our very own winter wonderland country! If we forgot something, tell us in the comments! 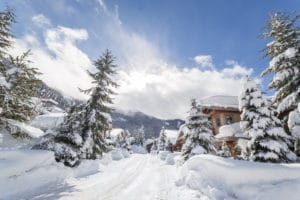 Lovers of the outdoors will be blown away by this stopover in Whistler. Even more famous after its starring role in the 2010 Winter Olympics, the town is like a never-ending festival throughout the winter. In addition to the epic choice of ski runs, the bobsled track is open to the public, and you can also enjoy luge runs, skidooing, a dogsled ride or even ice-climbing! In short, it’s impossible to get bored amid the breathtaking views. 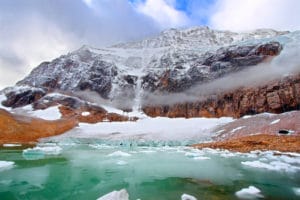 Mount Edith Cavell is one of the most beautiful peaks in the Canadian Rockies. In the winter, you can get there by its popular cross-country ski trail, with a variety of levels of difficulty to choose from. You’ll want to lay your eyes on Angel Glacier, located at the foot of the mountain’s north face. A geological marvel, it’s divine name comes from its shape: that of an angel spreading its wings. 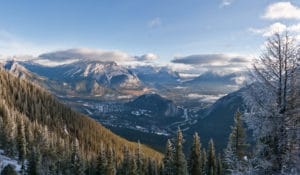 The Rockies in winter are a dreamland! Mount Sulphur, located in the Bow Valley in the Banff region, is a real jewel whose summit calls out to hikers. It’s a tough challenge, but well worth the effort once you make it the top.

The must-see event: the entire region around Banff and Lake Louise comes alive in the winter time. At the Winterstart Festival, you can have fun in the brisk outdoors and take in a parade, ski races, concerts, theatre and much more. 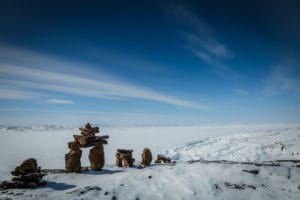 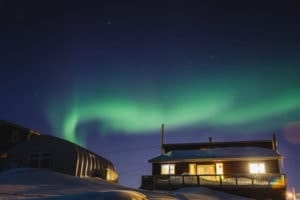 Winter in Iqaluit means surreal landscapes and a sky filled with more stars then you’ve ever seen before. Like the Inuit who get around by dogsled in traditional wear that keeps them warm, you may want to head out deep into the immense whiteness where silence reigns and caribou and muskox wander. And if you’re lucky, you may experience the aurora borealis. There’s so much to discover.

The must-see event: every April, the Toonik Tyme Festival celebrates Inuit traditions and the return to spring. On the program are igloo building, skidoo races and traditional Inuit treats. 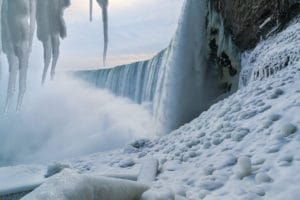 Niagara Falls has always attracted droves of curious onlookers, and even in winter it’s a sight to behold. When the temperature drops, the impressive falls freeze, giving the impression the water has stopped flowing: an amazing spectacle!

The must-see event: during the Winter Festival of Lights, the falls and the entire city of Niagara are lit up in the colours of the rainbow. 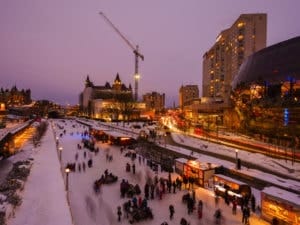 Did you know the city of Ottawa hosts the world’s largest natural skating rink at seven kilometres long? Strapping on some skates and meandering the Rideau Canal Skateway is a great way to enjoy the winter! If you haven’t been yet, now is the time! 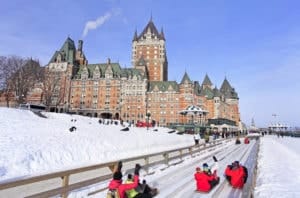 Quebec City reigns truly majestic in the wintertime! The Château Frontenac is like a glowing image from a 19th-century book, while the streets of the old city exude charm and romance under the snow. And there are plenty of activities, including the ice hotel, dog sleds and the frozen-over Montmorency Falls.

The must-see event: The Quebec City Carnaval is the biggest winter festival in the world, with programming that bursts with fun and absolutely unique activities: a canoe race on the frozen St. Lawrence River, night parades, giant soccer games, maple syrup and “beaver tail”  tastings, ice sculptures, carriage rides and much more! 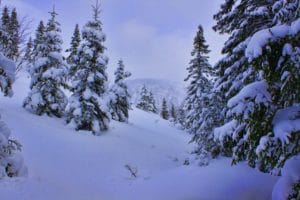 One of Quebec’s snowy, fairy tale landscapes, the Chic-Choc mountains always have something new to discover, even for those who’ve visited several times over the years. They’re also an exceptional playground for winter mountain sports.

The must-see hotel: the beauty of the Auberge des Chic-Chocs, with 4-star lodging that’s inaccessible by car, will leave you speechless. A Quebec jewel for both lodging and nature. Relaxation guaranteed. 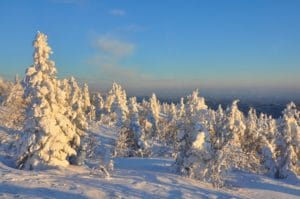 Snow for miles and miles, a mountain that’s been eroded over time and breathtaking viewpoints. The impressive massif of the Monts-Valin has some fifteen peaks over 800 metres high. Its exceptional snow gives it a privileged status among snowshoers and skiers. What’s more, at the heart of the massif, the Valley of Ghosts is not to be missed! 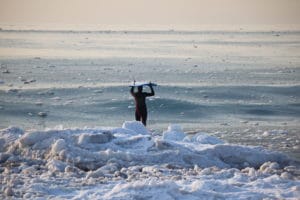 Nova Scotia is not really known for skating, skiing or snowshoeing. On the other hand, die-hard surfers love it, particularly for its winter surfing. It appears that the greatest surfers prefer to practice their sport during the cold season because of the excellent waves.

Discover our real nature: dress up like an excited kid in a snow suit and go play outside!

And what about you? What’s your favourite winter location in Canada?