Home Entertainment The Most Dangerous Cities In The World By Krista Conrad on October 9 2020 in Society 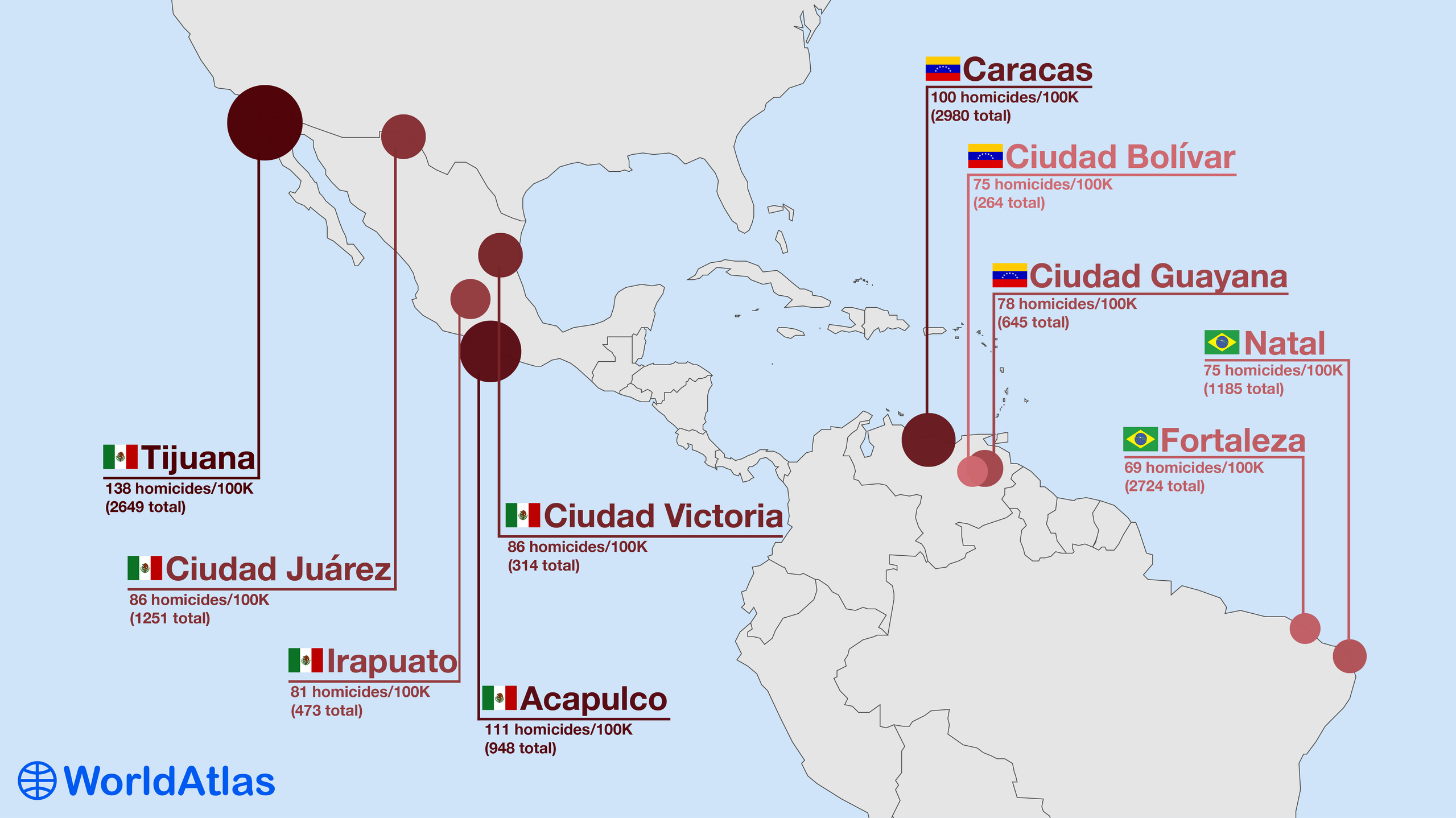 Infographic: map showing the 10 most dangerous cities in the world. They are all located in either Mexico, Venezuela or Brazil.

Before planning your next vacation, it may be worth doing some research into the cities you plan to visit – especially if the itinerary involves locales in Mexico and South America, where the top 10 most dangerous places in the world are located. According to a report by the Citizens’ Council for Public Security and Criminal Justice, these cities have documented the highest homicide rates per capita. 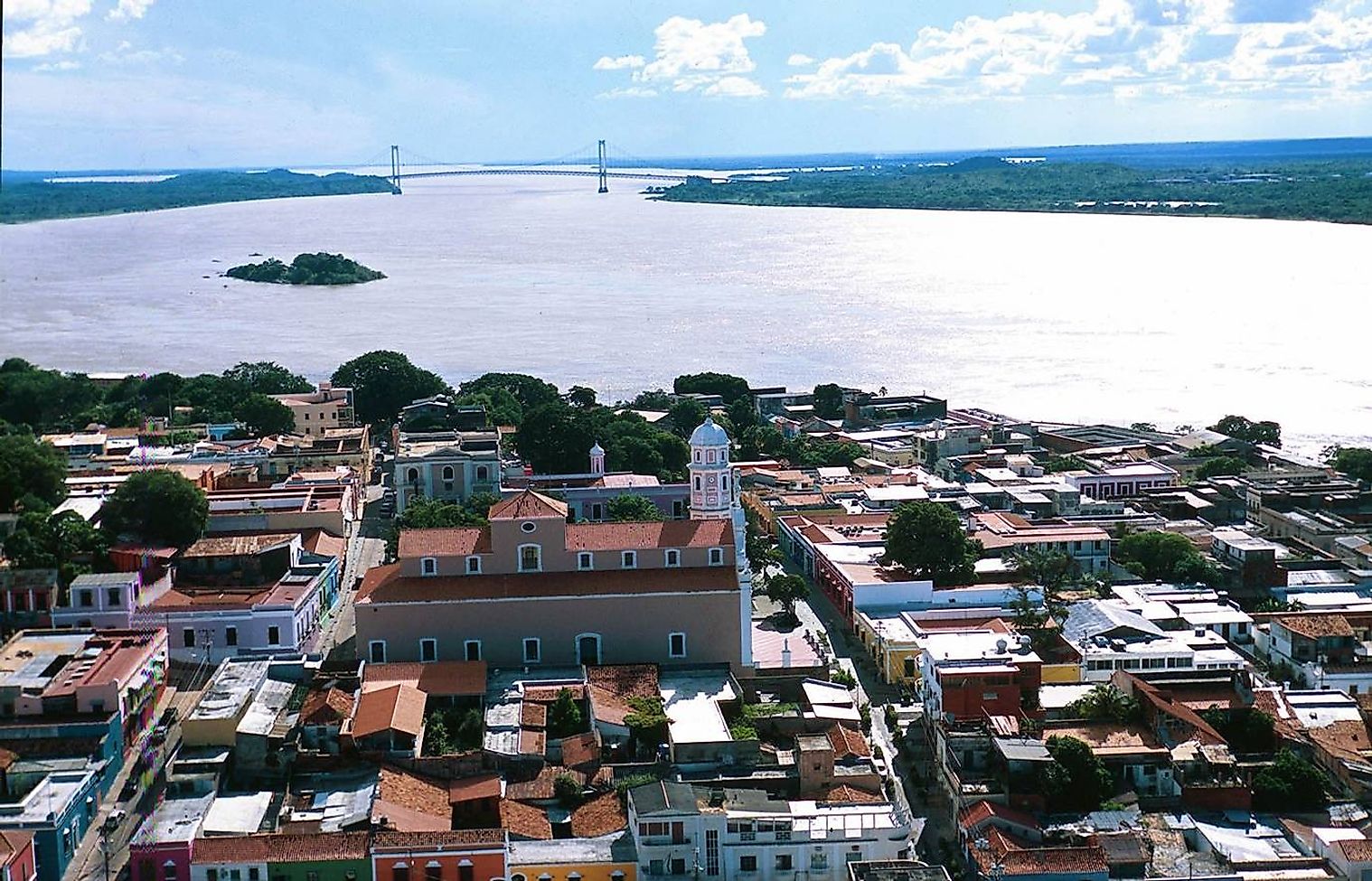 Cuidad Bolívar gets a lot of press, but not a lot of positive exposure. In the city’s most poverty-stricken district – which has been referred to as one of the world’s biggest mega-slums – drugs, gangs, and violence run rampant. Crime flourishes in the city, located on the Orinoco River, with 69 homicides per 100,000 people. In 2018, that equated to 264 murders in its population of 382,095. 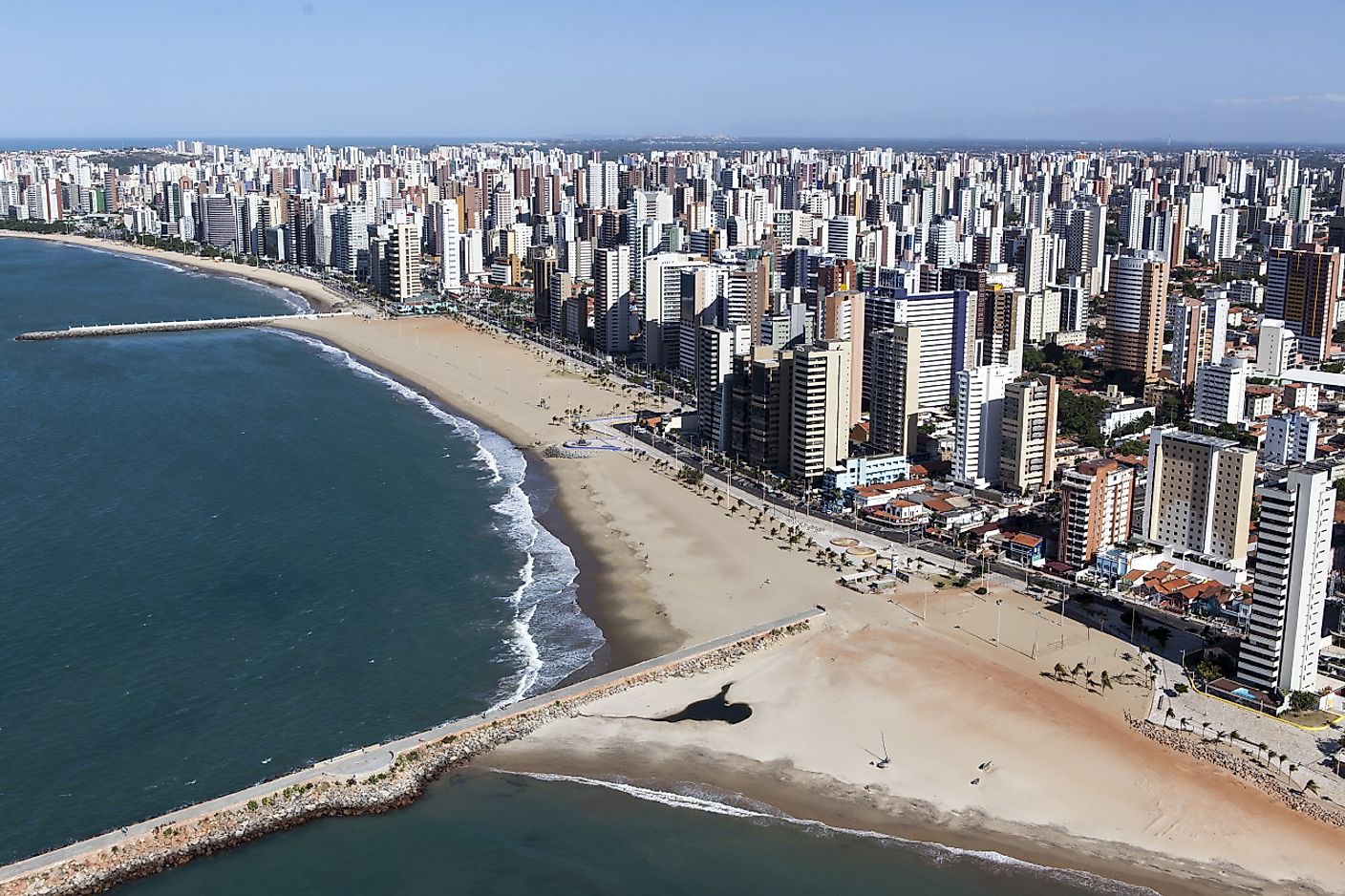 There are also 69 murders per 100,000 people in Fortaleza, which is infamous for pristine white beaches and its proximity to wildly popular tourist attractions like Jericoacoara Beach and Lençois Maranhenses National Park. But the beauty of Fortaleza is overshadowed by the number of homicides (2,724 in 2018) so being aware of personal safety is paramount when visiting. 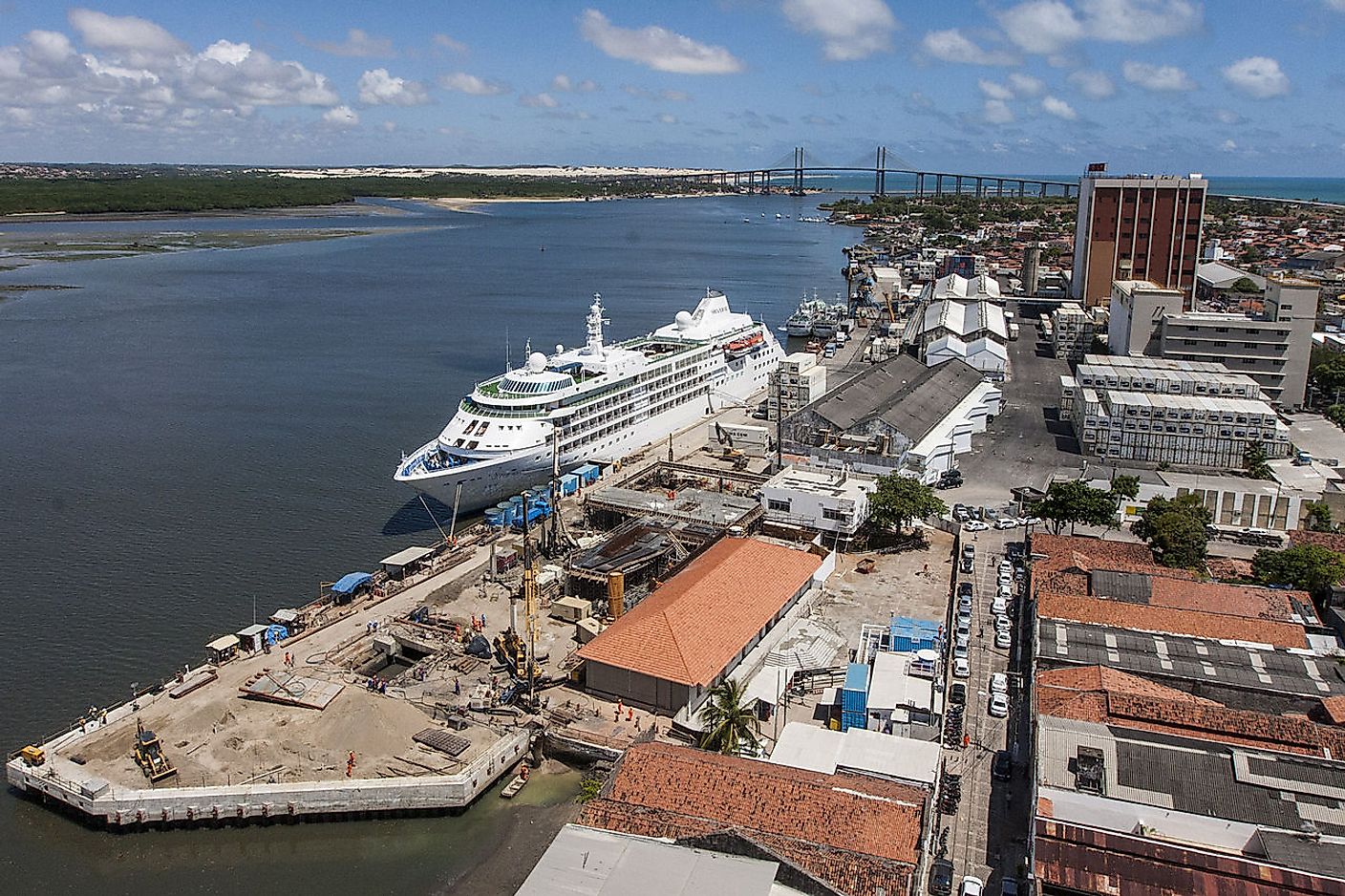 The city is known for high rates of all crimes, including theft, physical and sexual assault, and carjackings – but its murder rate is what lands Natal on the top 10 list. With 75 homicides per 100,000 people, the city remains a popular tourist destination for the beautiful natural sites surrounding its boundary. The reasons for its high crime and murder rates are presumed to be poverty and violence between prisoners and gangs. 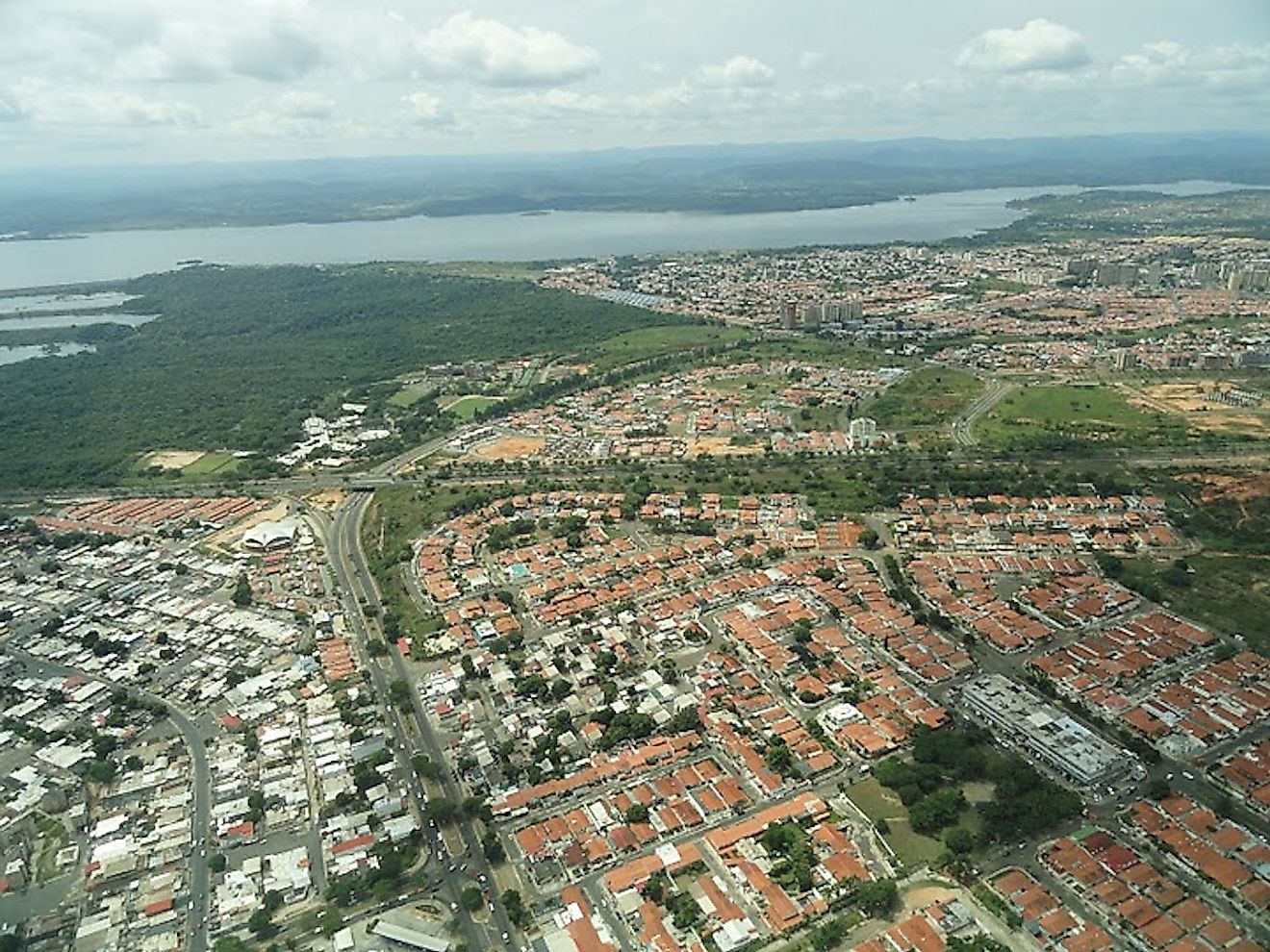 Violent crime and murder are a prevalent concern in Venezuela, and the city of Ciudad Guayana is no exception. Visitors are cautioned to exercise extreme caution when exploring the city because crimes like rape and murder are very common. In its population of one million people, the homicide rate is 78 in 100,000, largely due to economic hardships and organized gangs. 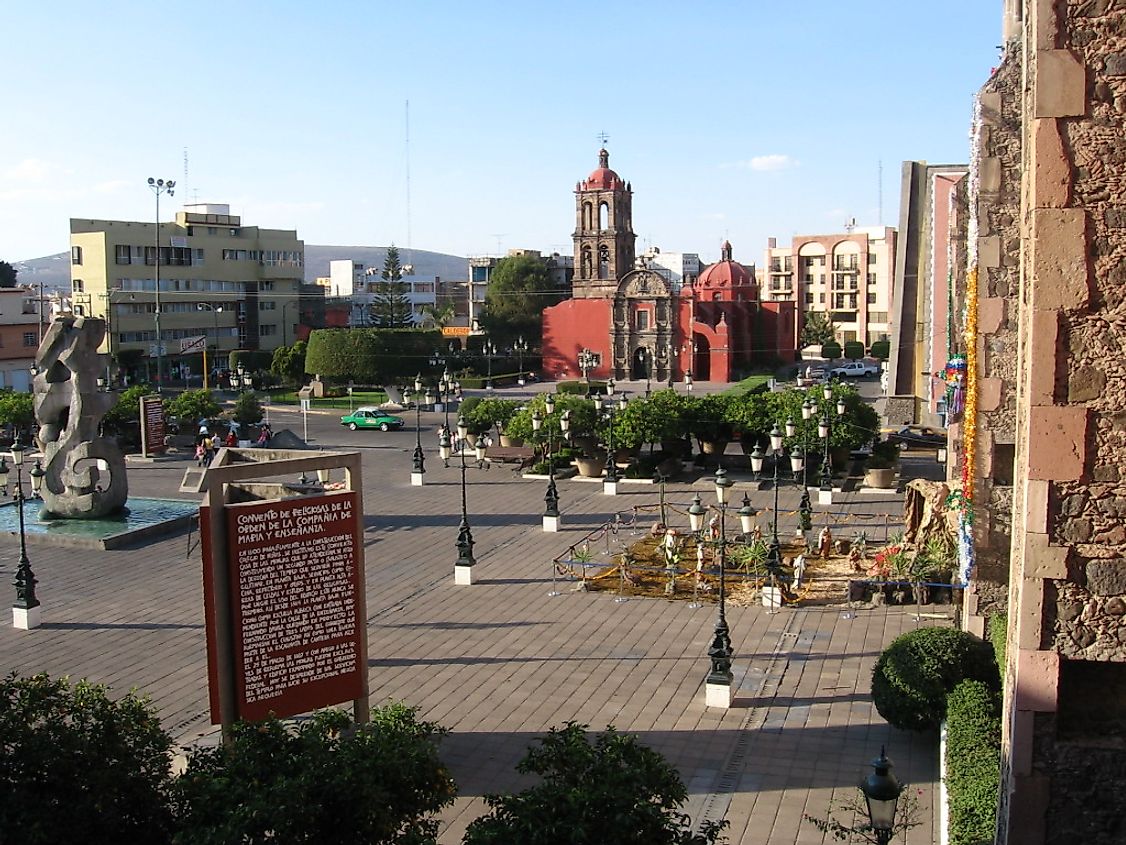 A mid-sized Mexican city, Irapuato (population less than 400,000) has added to recent surges in Mexican security issues with a murder rate of 81 in 100,000 people, which stems primarily from turf wars between the Jalisco Cartel New Generation and the Santa Rosa de Lima Cartel. Videos released by the latter have promised to remove outsiders from the area and shown mass shootings in bars, as well as men with assault rifles. Local police declared two years ago they would no longer handle organized crime and would leave it in the hands of the federal government, leaving no front-line response to violent crime related to the cartels. 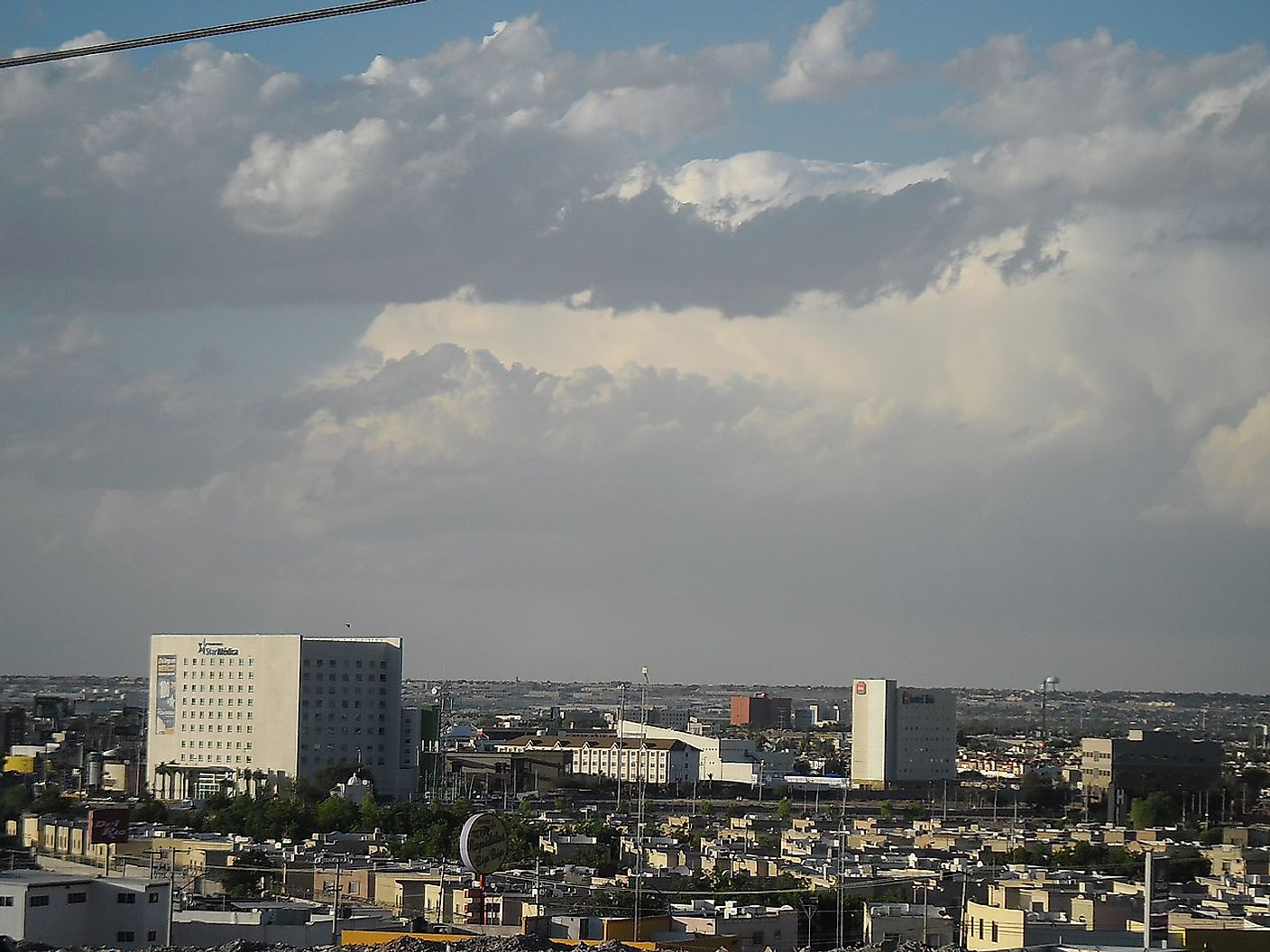 Cuidad Juárez is widely known as a city to avoid. It once served residents of El Paso, TX, which shares the same border, with nightclubs and loud musical entertainment, but its tourism has since been snuffed out due to high rates of crime. There are 86 murders per 100,000 people, and the city is also known as the worst city for women in Mexico. Though U.S. residents are not specifically targeted by the violence, travelers are reminded to be vigilant in case of robbery, carjacking, theft, burglary, and murder. 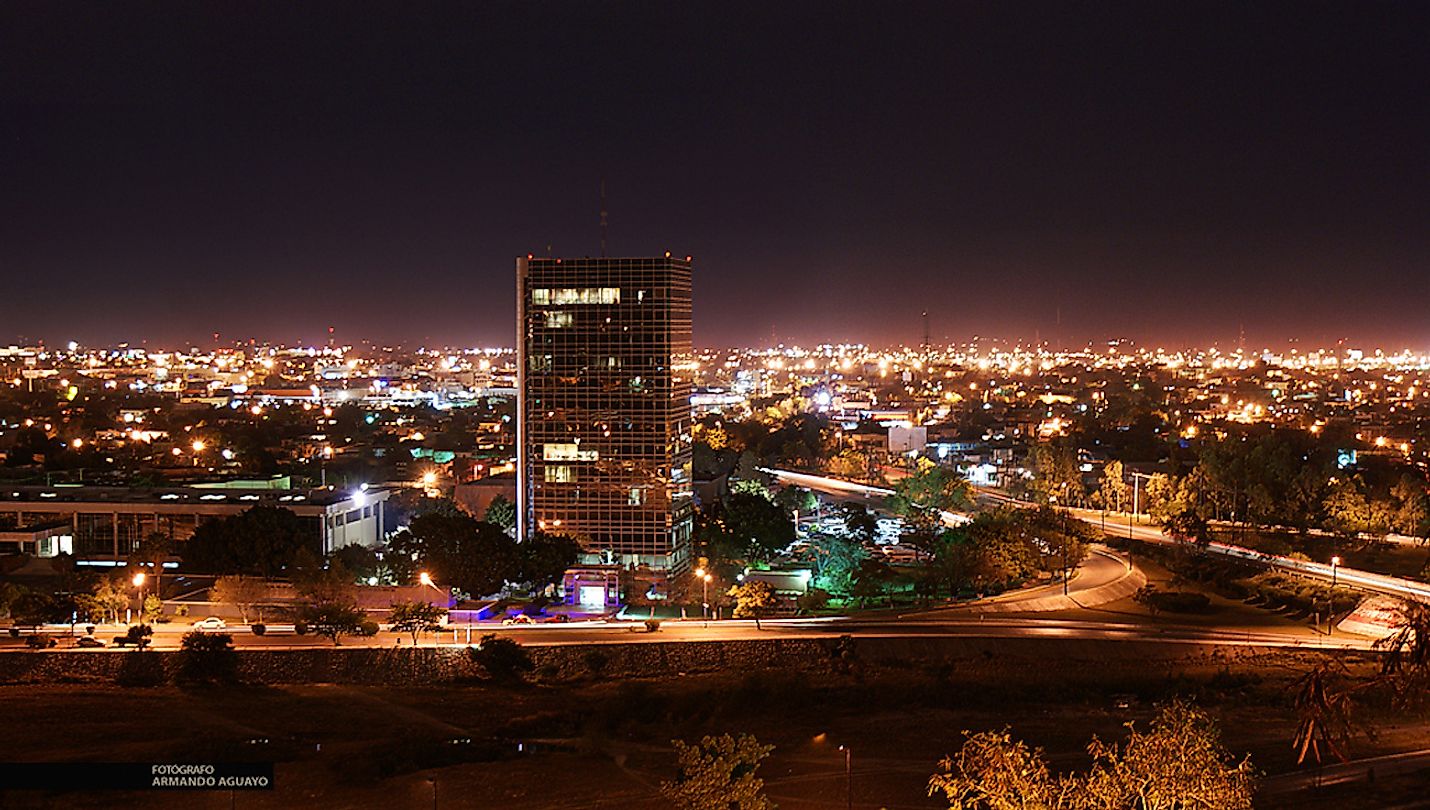 With 86 murders per 100,000 residents, Cuidad Victoria is one of the world’s most dangerous cities. Many of those homicides are the result of shootouts between rival drug cartels, as well as criminal groups clashing with police and military in the city. There is even marked violence in prisons, where there are noted shootings, smuggled weapons, riots, and escapes. 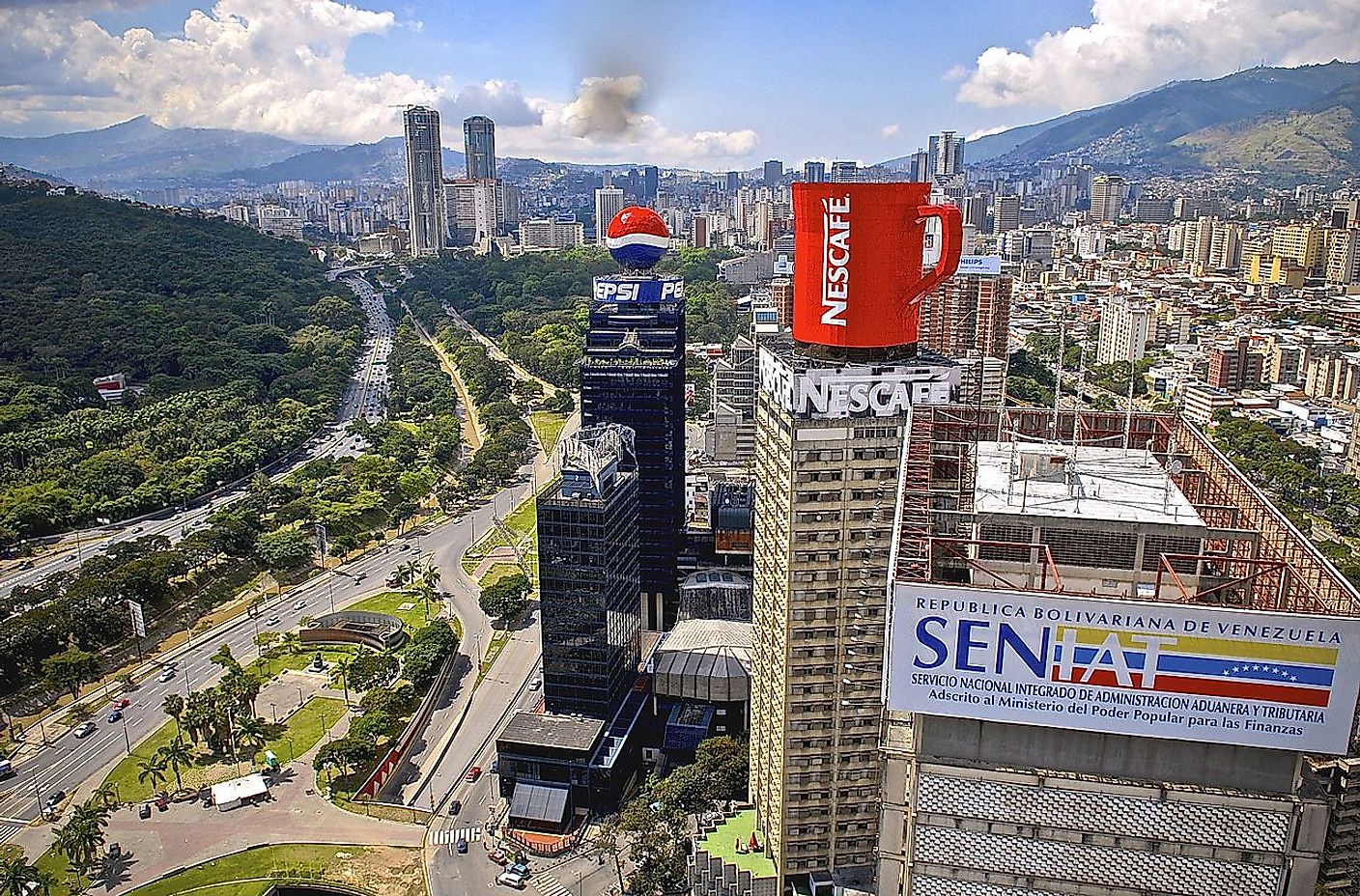 In 2017, Caracas was named the most dangerous capital city in the world, and is still in the top three most crime-ridden cities on the planet with 100 murders in 100,000 people. Many residents of the city – and Venezuela in general – have been forced into a life of crime in order to support poor and often starving families. 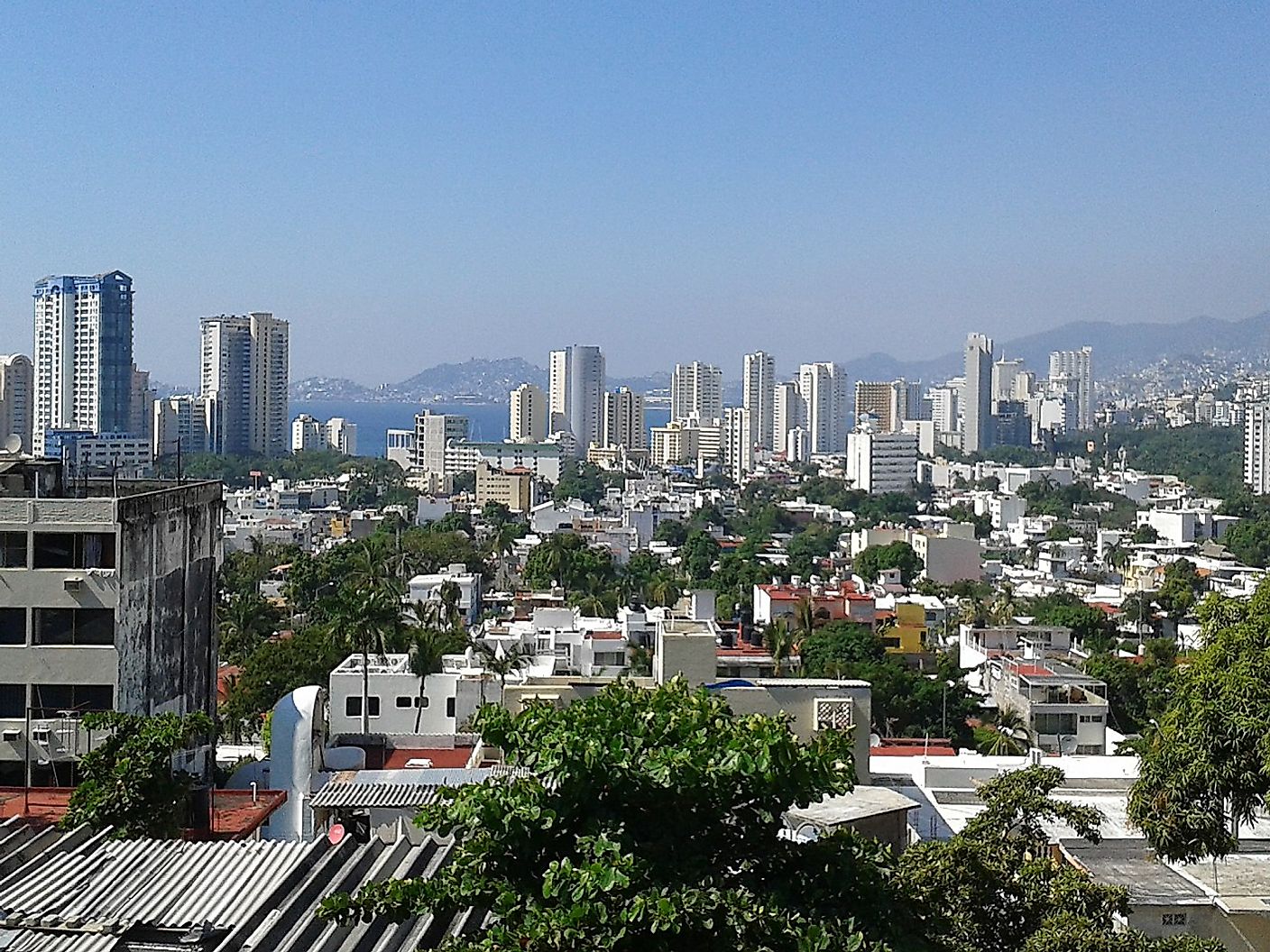 Once a playground for the Hollywood set, there is more than a drug war happening on the streets of Acapulco. In its hillside neighborhoods, where tourists do not tend to wander, gangs like 221 or Los Locos include extortionists, kidnappers, car thieves, assassins, and killers. The result is 111 homicides per 100,000 people, and the devastation of a once-booming tourism industry. Though not tied directly to the cartel (the main drug cartel in Acapulco split years ago), the number of neighborhood gangs involved in turf wars and other violence is just as concerning, and terrifying for residents and tourists alike. Some poorer business owners, who cannot afford elaborate security systems, have resorted to paying for protection. 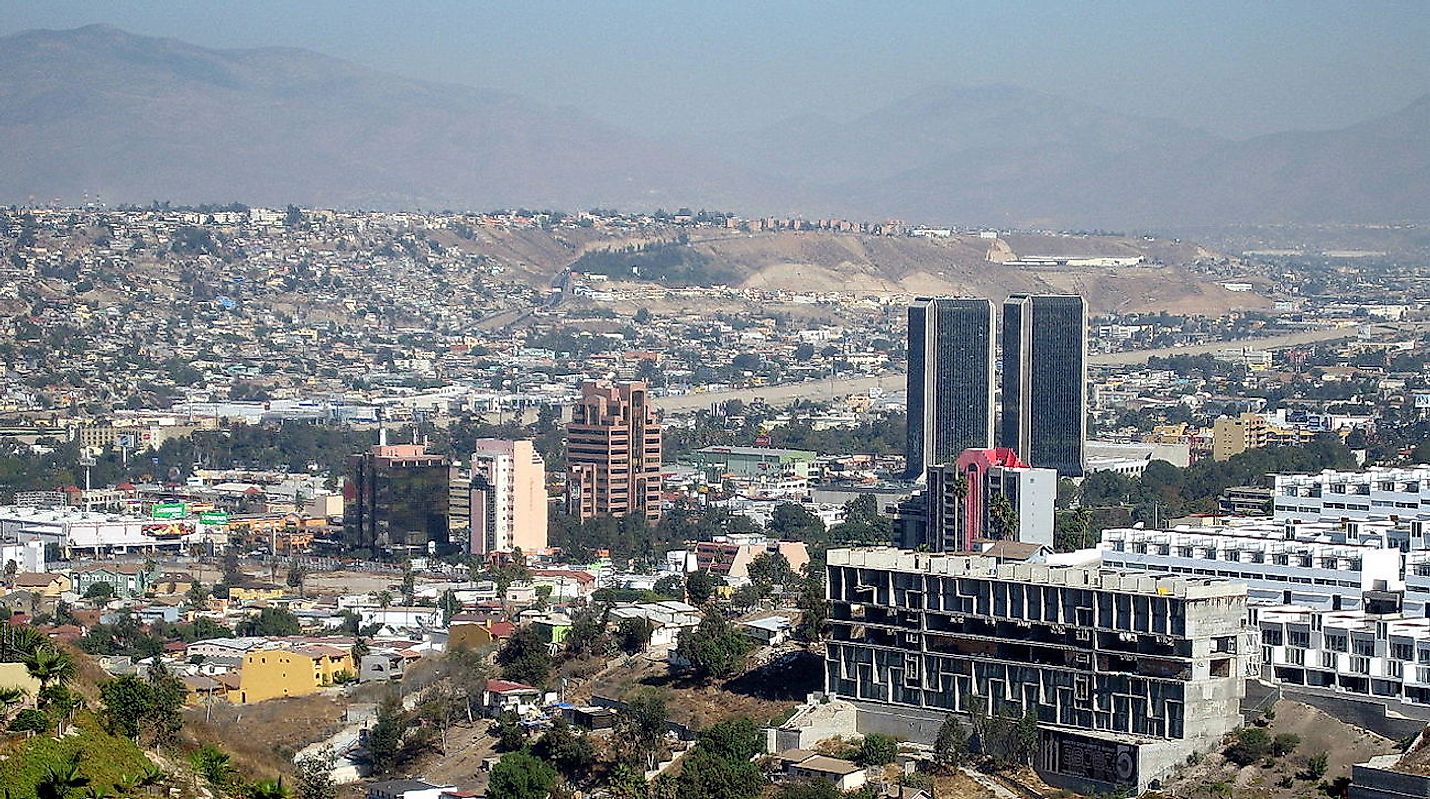 Named the most dangerous city in the world with 138 murders per 100,000 residents (about seven killings per day), Tijuana is known for violent crime and poverty. Not long ago, it was a party spot for American college students during spring break, until its seedy underbelly of crime surfaced. Most of the violence comes from human trafficking and drug trades (largely crystal meth), each run by different gangs, as well as a rivalry between the Sinaloa (El Chapo) and Tijuana cartels.

The Most Dangerous Cities In The World