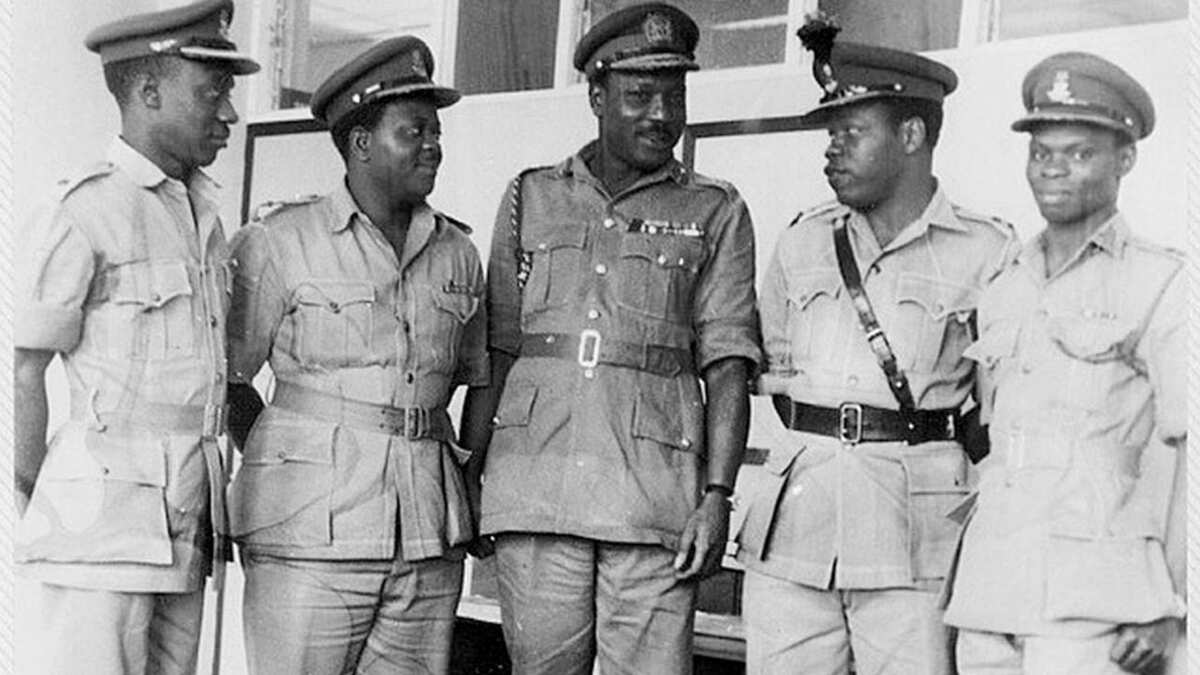 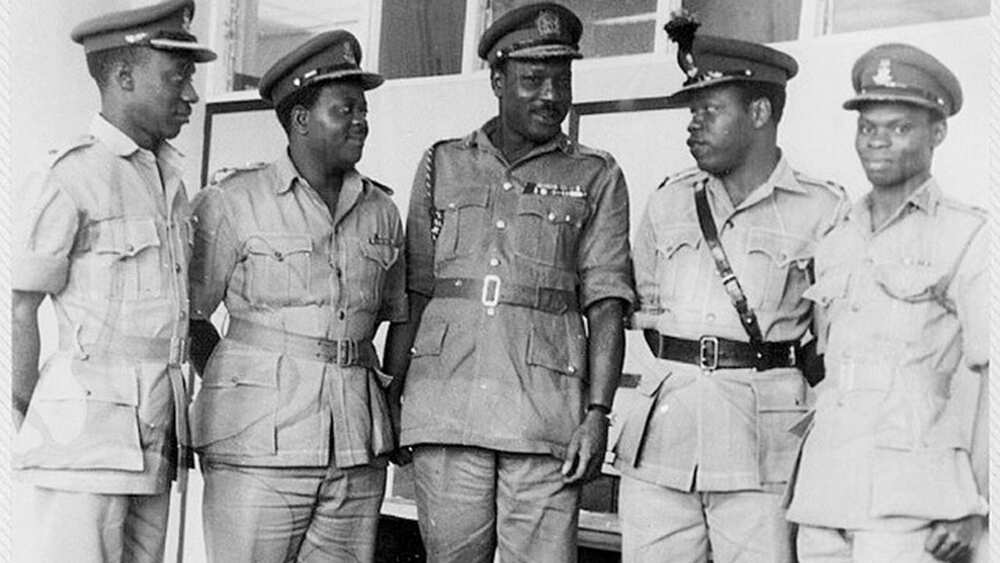 Who led the first military coup in Nigeria?

In January 1966, the Nigerian army led by Kaduna Nzeogwu killed 11 Nigerian politicians, 2 soldiers, and kidnapped 3 others. They attacked the cities of Lagos, Ibadan, and Kaduna as well as blockaded the Niger and Benue Rivers. Major Chukwuemeka Nzeogwu’s colleague, an army officer, General Johnson Aguiyi-Ironsi used this opportunity to capture power over the government which ended Nigeria’s democracy. This event had a strong influence on the future of Nigeria and caused the Nigerian-Biafran Civil War. 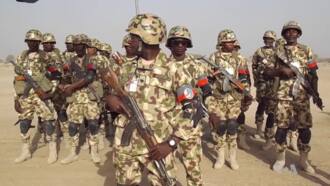 When was the first military coup in Nigeria?

On January 15, 1966, a group of British-trained army officers carried out a violent military coup to overthrow Nigeria’s democratic government. It was represented to Nigerian people by coup leaders as an attempt to end corruption. In the morning of the coup day, Kaduna Nzeogwu with his troops took over the house of the leader of the northern region Ahmadu Bello. After the house was robbed, the president was killed.

The 1966 coup was fast, it looked like a small revolution which made things only worse exposing the vulnerability of Nigeria. Soldiers attacked the government very fast and easily which started a series of numerous coups in Nigeria. Although the 1966 coup was not completely successful, it laid the foundation for the following coups and counter-coups in the country.

After 6 months, a counter-coup was arranged. This coup also called the return match, was planned by northern officers and led to the death of Ironsi.

Nigeria has been independent of the British only for 6 years. The 1966 military coup has drawn the curtain on the First Republic of Nigeria. What the military rulers gained by their movement was a chaos caused by bad governance.

The coup leaders found themselves with no plan of action being unprepared for the responsibility of building the nation. Their competence was doubtful. While on the day of the coup, they behaved confidently harassing the ministers to hand over the power to them, the next day they realized that military regime is unable to provide the country with the spirit of peace and development.

Major General Johnson Aguiyi-Ironsi surrounded himself with his relatives which was not enough to unite the country at the time of crisis. General Ironsi further brought Nigeria to a state of anxiety by his Decree No 34, 1966. He commented on this decree:

“Nigeria shall cease to be a federation and shall accordingly be a republic.” 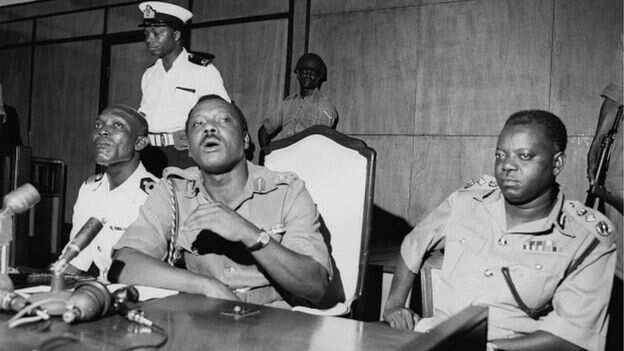 The consequences of the 1966 military coup in Nigeria

The rule of the military government lasted in Nigeria for 33 years. Democracy was restored in 1999. Below are some of the consequences of the 1966 coup Nigeria is still affected.

General Aguiyi-Ironsi from Igbo ethnic group repressed the coup and captured power. After 6 months, majorly Northern Nigerian soldiers arranged a bloody coup against Aguiyi-Ironsi, which also led to many Igbos being killed in the Northern parts of the country. In the result, Igbos moved to the south. In 1967, a new country, Biafra, was formed but it is not recognized by Nigeria. 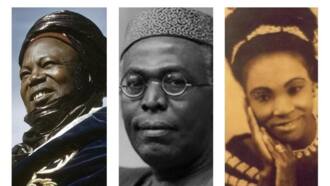 11 Nigerian national heroes and their contributions

The Nigerian-Biafran civil war lasted for 3 years. It caused many victims on both Nigerian and Biafran sides. Around one million people died in the civil war. The strategy of the federal government was to make Biafran people surrender through starvation. 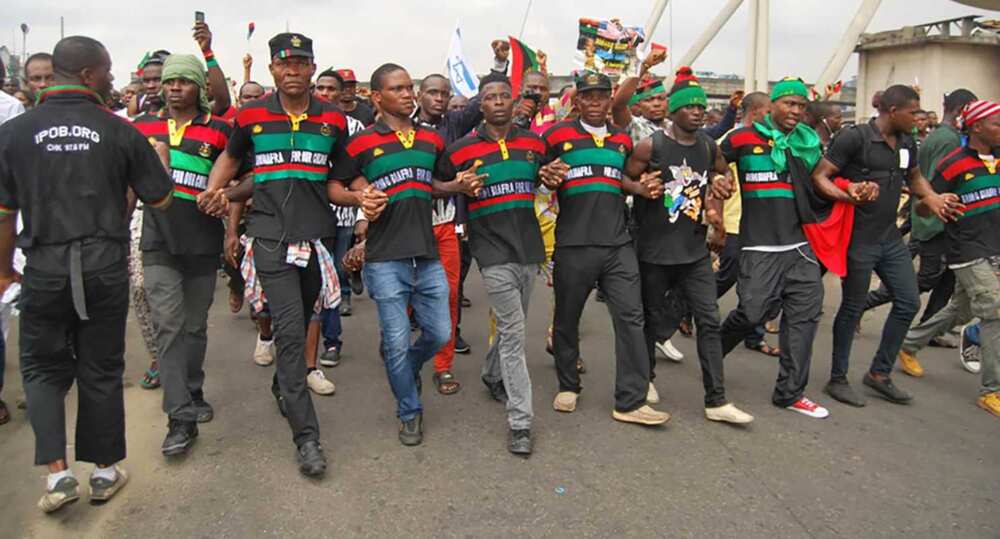 In August 1965, the coup of the five majors was staged. It involved one Yoruba and four Igbo Majors who arranged a coup against the Prime Minister Abubakar Balewa who was killed in his mansion in Lagos. The Prime Minister’s body was discovered 6 days later. According to five majors, that the politicians in charge were ruining Nigeria through corruption. Ministers lived careless life and spent public funds at the expense of the citizens. Nnamdi Azikiwe, the President of Nigeria and Obafemi Awolowo were lucky to escape the country.

General Kaduna Nzeogwu, a military leader of the 1966 coup once said: 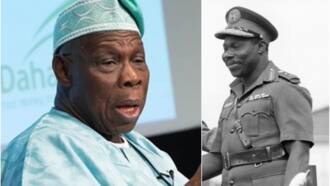 Obasanjo @81: Full text of his take-over speech in 1976 after the execution of Murtala Mohammed

This coup, however, consolidated the results achieved by the military leaders. After 10 years, a new constitution was proclaimed. It allowed the military government to control all the mineral resources. In fact, this constitution encouraged corruption.

On getting to power, the military rulers started to extend the policy of self-enrichment which made corruption the basis of their program of action.

In January 1966, as a result of the coup, a group of young military officers became an elite. Even today, the group of these wealthy soldiers and officers have an enormous influence in Nigerian economy and politics. ‘Class of 1966’ included such influential figures as Johnson Aguiyi-Ironsi, Nigeria’s first military ruler image, Olusegun Obasanjo, military general and an elected president, General Obasanjo, a retired military kingmaker and others. 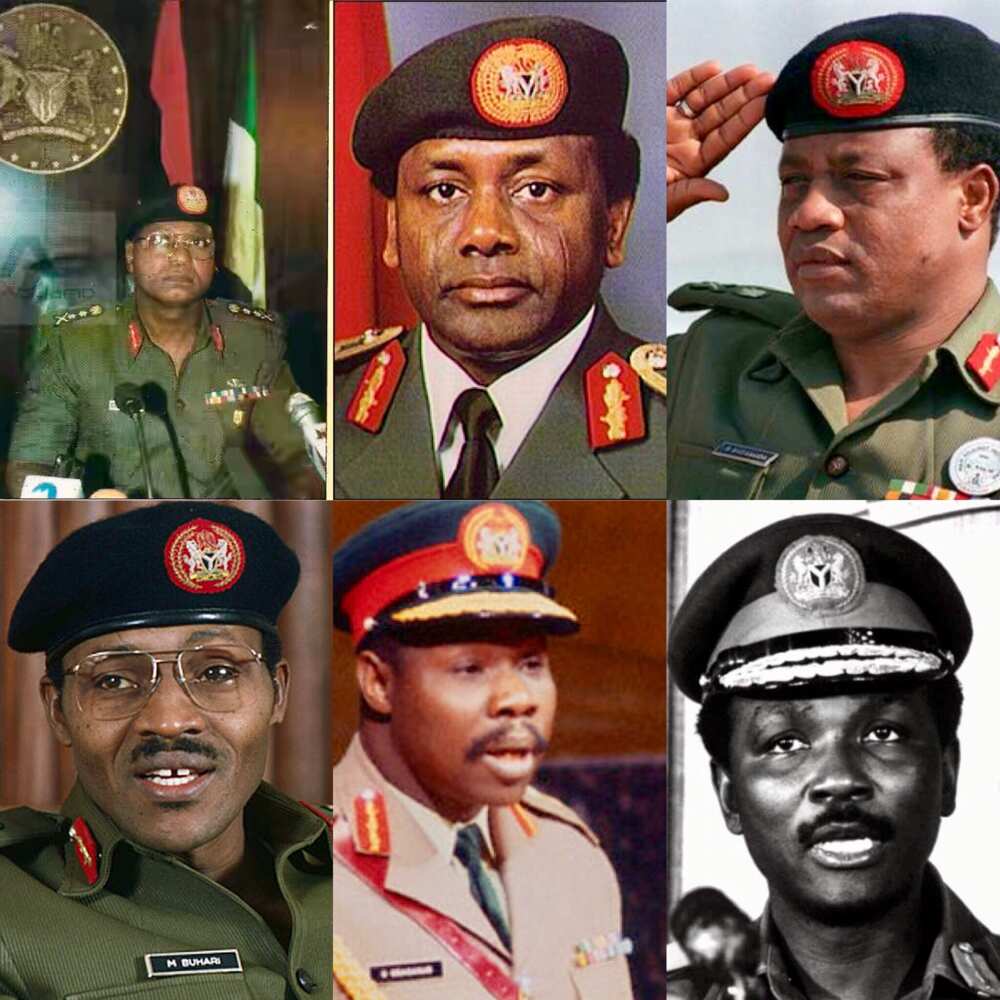 Fear of the possible crisis

The military past of Nigeria haunts its citizens who live with the fear that if political crisis occurs, it will definitely lead to a coup. The way military officers rule the country has scared citizen to such an extent that the country experienced a prolonged economic stagnation. 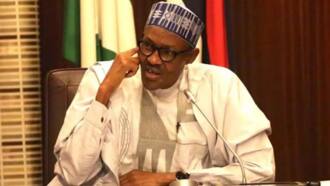 Manifesto for the position of the President Muhammadu Buhari

The truth is Nigeria partially owes its existence to a strong desire to prevent any chances of repeating the story the preceded the 1966 bloody coup.

The first military coup in Nigeria was carried out by the military of Nigeria. The military officers took power over the federal government. It changed the history of Nigeria for over 50 years due to the negative consequences of military rule in Nigeria.