Home Travel REVEALED: The Most Dangerous Places To Travel In 2020
Share It To Your Friends:👥 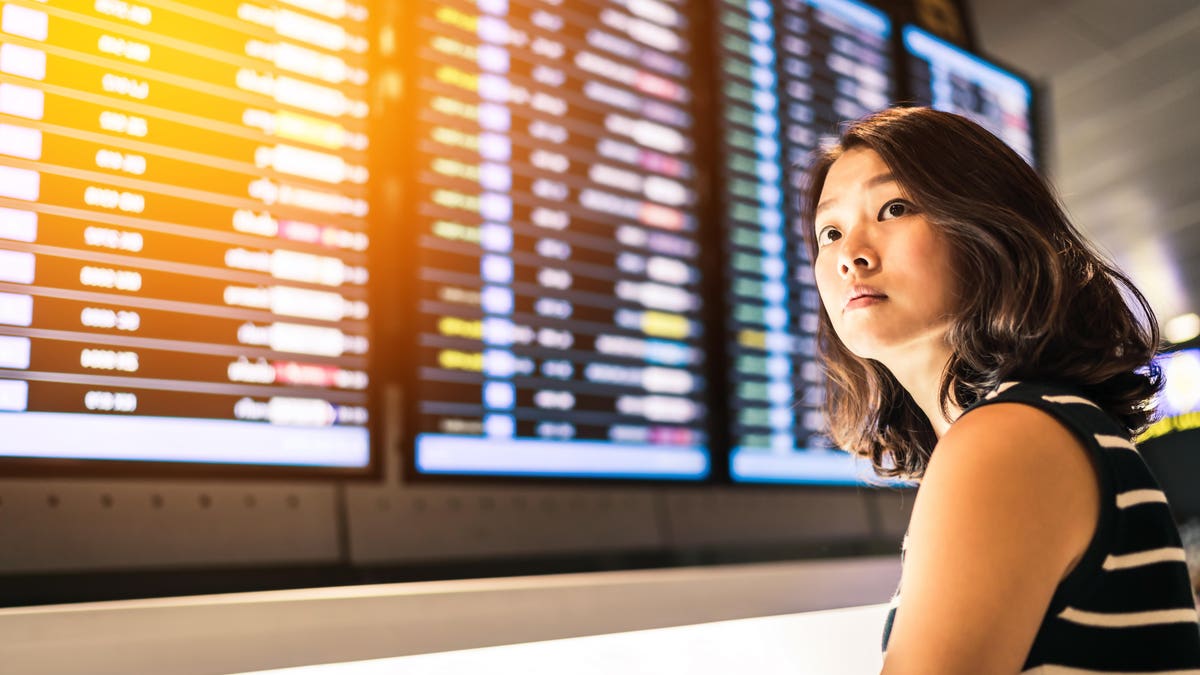 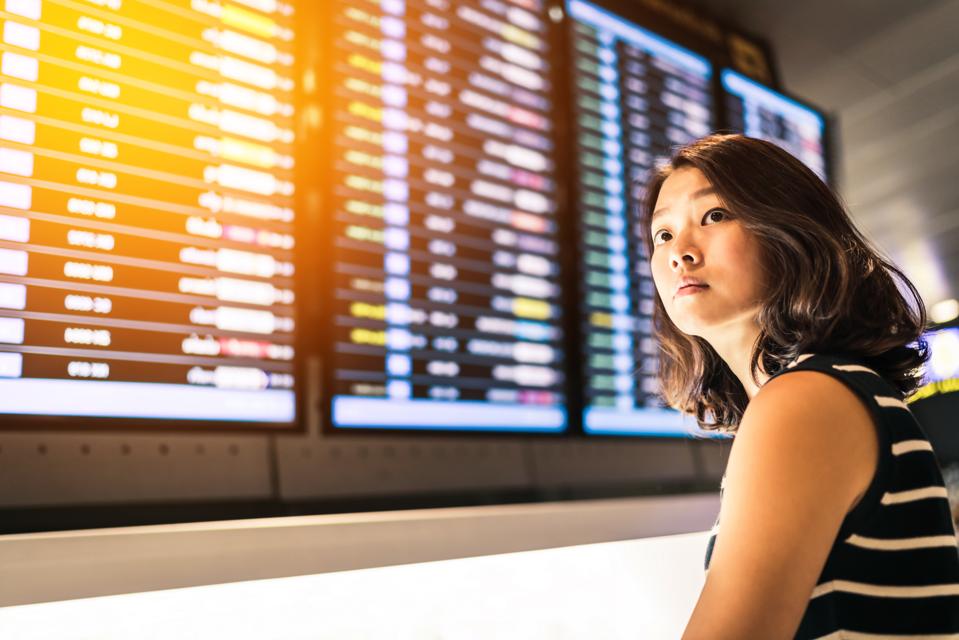 A new report has been issued detailing the most dangerous places to travel in 2020, plus the … [+] greatest risks for business travelers.

Thanks to the ease of travel, the world has never been smaller. But no matter where you go, there are risks. International SOS, a medical and travel security risk services company, has released its 11th annual Travel Risk Map, which predicts the most dangerous places to travel in 2020, as well as the biggest issues that travelers will face in the year ahead. This is accompanied by the Business Resilience Trend Watch, a survey of over 1,300 professionals across 214 countries who are responsible for business travel decisions. According to the survey, 47% of business travel planners anticipate that risks will rise in the coming year, due to an uptick in security threats, civil unrest, geopolitical unrest and natural disasters.

According to Matthew Bradley, regional security director at International SOS, the number one risk for next year is risk from geopolitical shifts. “Civil unrest is generated from inequality and people wanting to have a different situation in their country than they had in the past,” says Bradley. “We’ve seen that most notably in Hong Kong, in other lower-risk countries like Chile and in some higher-risk countries like Bolivia, Ecuador and Lebanon.”

On the Travel Security Risk Map of the world, International SOS lists five categories of risk: insignificant, low, medium, high and extreme. According to International SOS, theseratingsare based on “the current threat posed to travelers by political violence (including terrorism, insurgency, politically motivated unrest and war), social unrest (including sectarian, communal and ethnic violence) as well as violent and petty crime.” Other factors include transportation infrastructure, industrial relations, the effectiveness of security and emergency services and susceptibility to natural disasters.

Looking ahead to 2020, the United States is listed as a low travel security risk—however there are concerns surrounding the impact of the upcoming presidential election. “What we might see—leading up to the election or following the election—is protests,” says Matthew Bradley, regional security director at International SOS. “We could see what’s going on in other countries like Hong Kong and Chile.” 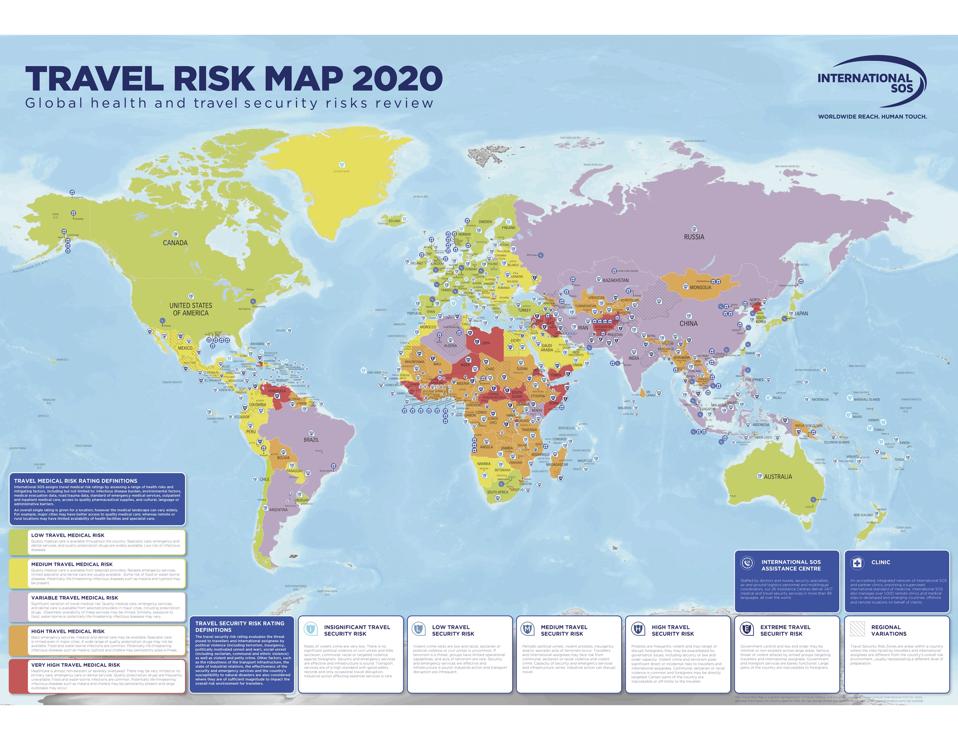 For 2020, the most dangerous, extreme-risk countries are mostly located in Africa and the Middle East, including places like Libya, Syria, Iraq, Yemen and Afghanistan. Mexico—which has recently been in the news due to the high-profile murder of an Americans—has a range of ratings, from moderate to high risk. Similarly, locations like India and Egypt have a mix of ratings.

“There are certain regions within each country that may have a higher risk or might be more dangerous than others,” points out Erika Weisbrod, director of security solutions at International SOS. “So understanding where you’re going in a country is important as opposed to ruling out travel to a country altogether.”

Other high-risk destinations closer to home include Honduras and parts of Colombia, Venezuela and Peru.

Some of the lowest-risk countries around the world include the Cayman Islands, Iceland, Finland (which was named the happiest place in the world in 2019), Switzerland and the Seychelles. 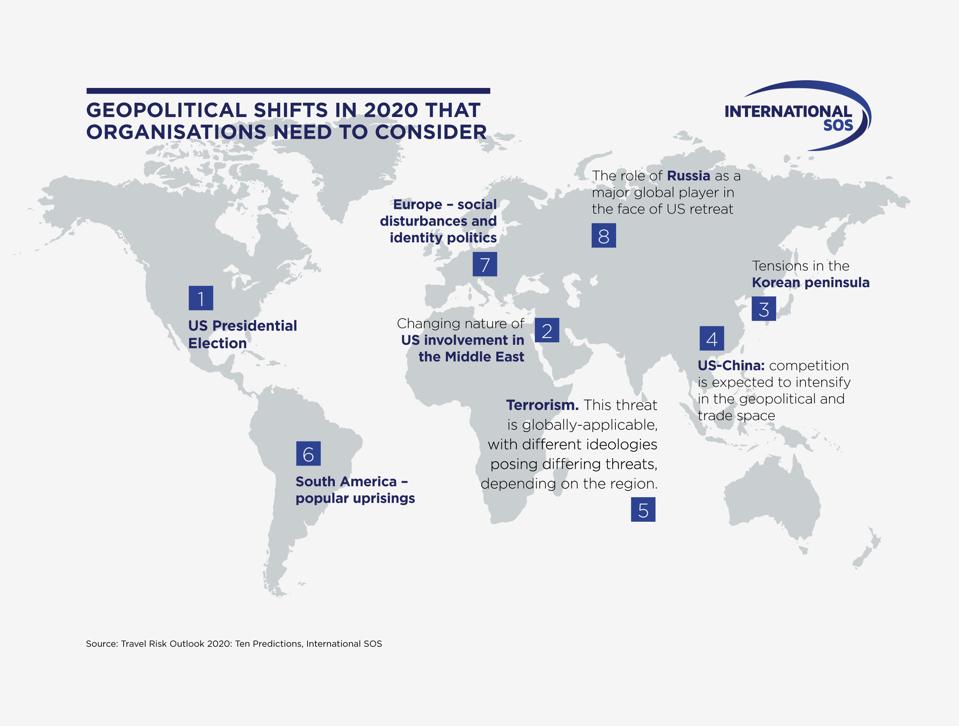 The Geopolitical Shifts Map for 2020.

Besides the upcoming U.S. presidential election—which ranks among the top eight geopolitical risks globally—other issues to consider include the changing nature of the U.S. involvement in the Middle East, tensions in the Korean Peninsula, the competition between the U.S. and China in the geopolitical and trade space, terrorism, uprisings in South America, social disturbances in Europe and the role of Russia as a major global player.

When it comes to traveling, medical risk is also a consideration, and International SOS rates countries and regions, evaluating the availability of healthcare, the threat of infectious disease and more. The United States is considered one of the lowest risk countries when it comes to medical issues, while places with extreme security risks—like those countries in the Middle East—usually have high medical risks as well. Globally, it is expected that there will be increases in epidemics and infectious disease outbreaks in 2020.

READ MORE: “Quit Your Job And Live By The Sea: 3 Cheap (And Secret) Beach Towns” 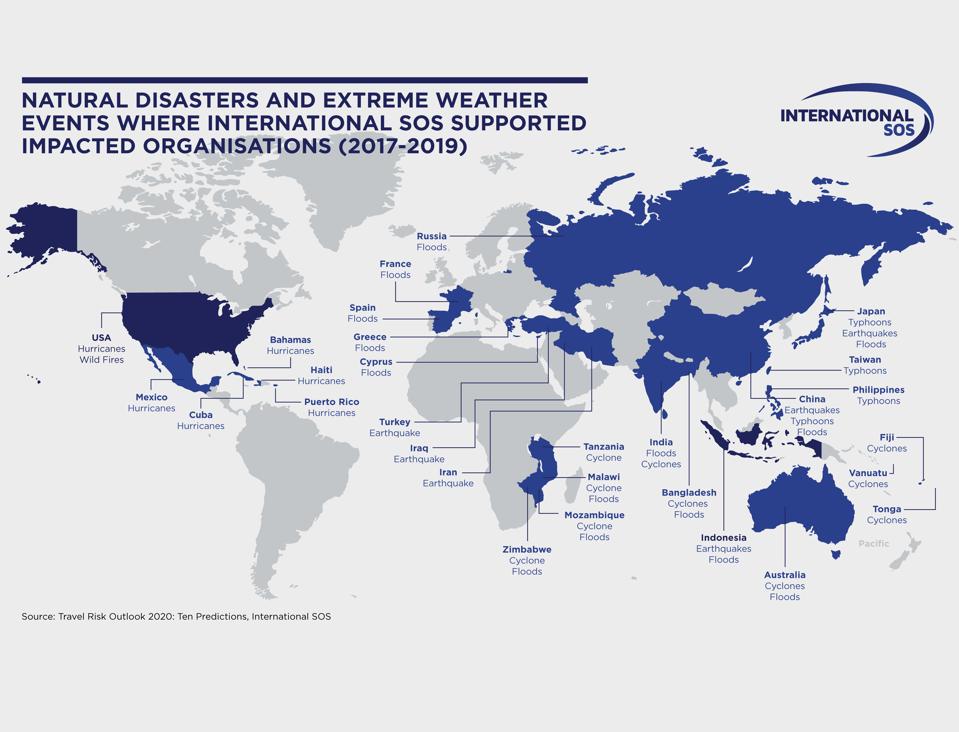 Weather is another top consideration when it comes to travel risk and according to International SOS, climate change will exacerbate the occurrence of environmental disruptions in 2020. Among the worst threats for natural disasters are hurricanes and wildfires in the United States, floods in parts of Europe and earthquakes in places ranging from Turkey to Japan. “Natural disasters are really impacting every corner of the globe,” says Weisbrod. “So being as prepared as possible and aware of the risks is what we recommend to travelers. And then having a way to stay informed if something does take place.”

Some other significant risks for travel in 2020 include cybercrime, which International SOS says “is likely to grow and be an increasing risk to security,” kidnapping (which is predicted to increase in likelihood) and the shared economy, which can be a concern for businesses when it comes to accommodations and transportation.

International SOS also looks at the risks that women travelers face. “There is an increasing number of female business travelers,” says Weisbrod. “When you look at additional risks such as sexual harassment, sexual assault and rape, women always have a greater risk when traveling in general, let alone traveling outside of their home country where they don’t speak the language.” (For details on the most dangerous places for women travelers, you can read this recent report.)

“It starts with understanding your destination and picking secure accommodations, thinking about which floor your hotel room is based,” says Weisbrod. “Are you properly securing your hotel room, making sure you don’t open your door to any stranger? Looking at transportation options and making sure that you have secure transport? Knowing whether public transport is actually safe to take in the destination where you’re operating?” Weisbrod also advises packing appropriately in order to respect cultural norms.

Ultimately, preparing for a trip and researching the risks in the destination where you’re headed are the best tools that any traveler can take. Want to view International SOS’s Travel Risk Map? You can click this link to use the interactive tool. Or read on for a list of of some of the most and least dangerous countries in the world. 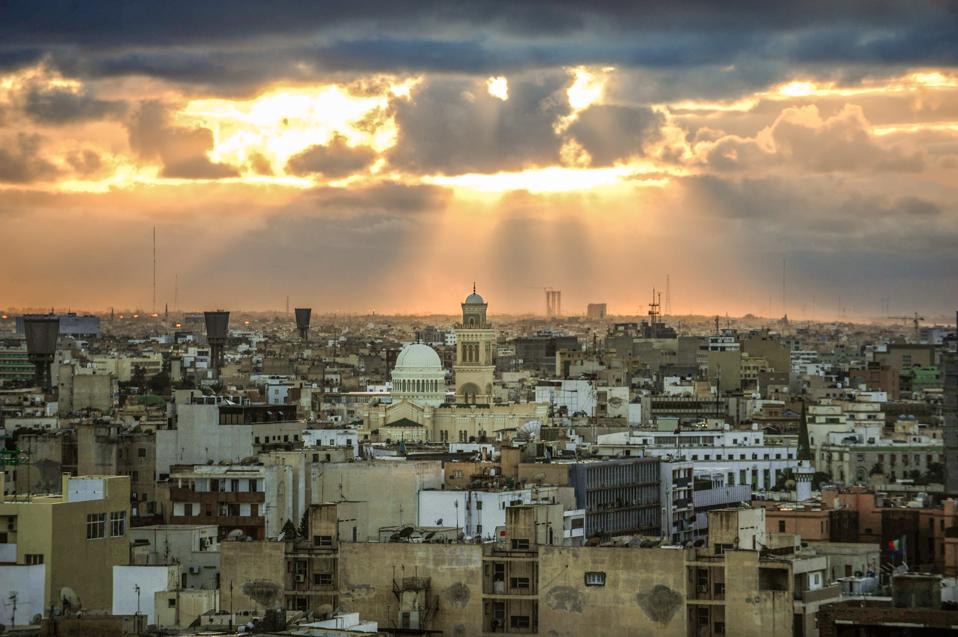 A view of Tripoli, the capital of Libya, one of the most dangerous places for travelers in 2020.

Some of the Most Dangerous Countries (in no specific order) 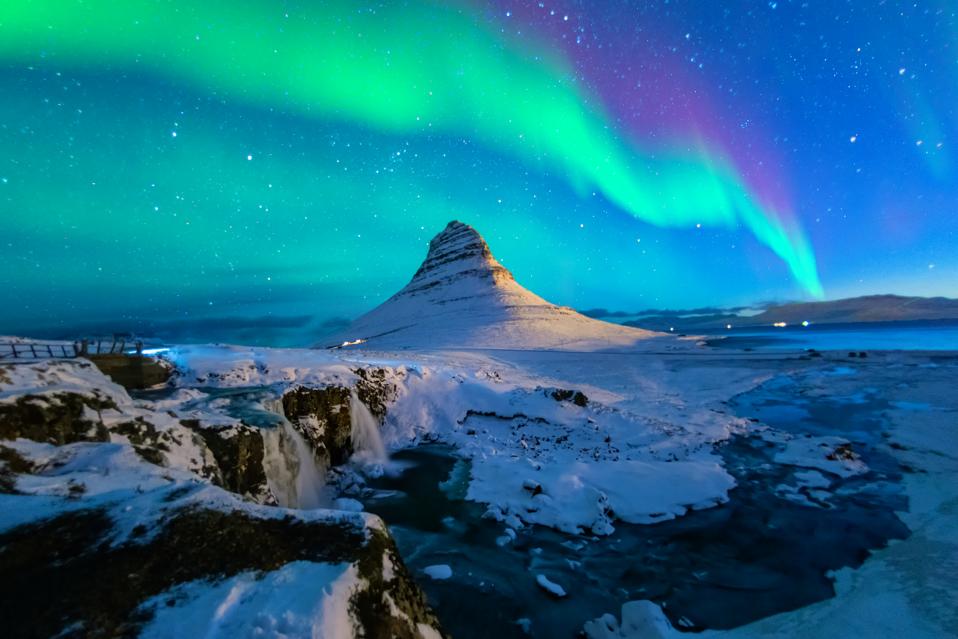 The Northern lights at Mount Kirkjufell in Iceland, one of the safest places for travelers in 2020.

Some of the Least Dangerous Countries (in no specific order)

• “Quit Your Job And Live By The Sea: 3 Cheap (And Secret) Beach Towns”

• “The Future Is Female: 3 Travel Companies Inspiring The Next Generation Of Leaders”