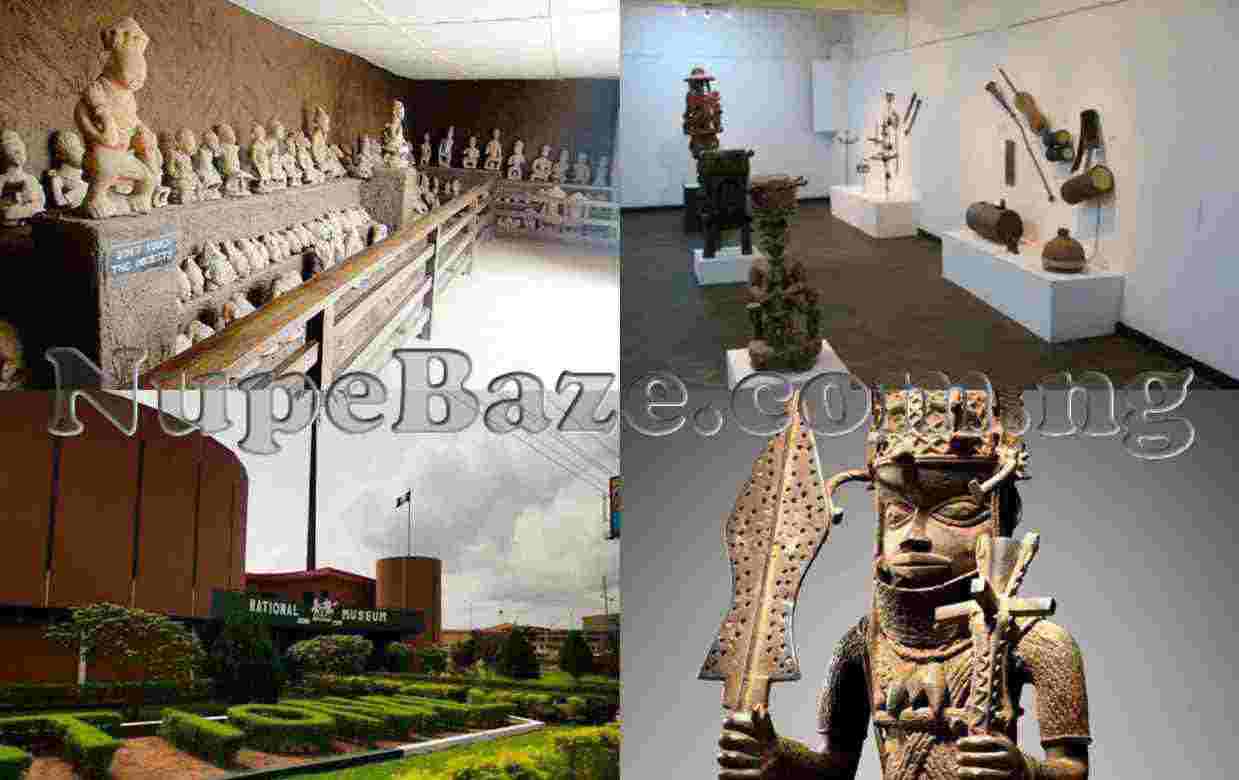 Top 10 Most Popular Museums In Nigeria

Today, Nigeria has a total number of more than 40 registered museums and galleries, scattered around every 36 state, most especially in cities like Benin and Calabar in the south, Kaduna and Kano in the north while the popular museums in Lagos where people visit a lot, also add to promote and serve as a reminder, the vast cultural historical heritage of the people.

Top 10 Most Popular Meuseums In Nigeria

Below are the list of most popular and most visited museum in Nigeria.

The National Museum in Lagos State one of the oldest Nigerian museums to visit as a tourist this year. It is located at Onikan, Lagos. Founded in 1957 by Kenneth Murray, it showcases and preserves the historical artifacts, archaelogical excavations, art works and exhibits of ancient Nigeria times.

Some artefacts on display at the museum’s gallery is
the Mercedes Benz Saloon Car driven by the former military head of state, General Murtala Muhammed. The car serves as an evidence is dully preserved and it shows the bullet holes which reminds us about Murtala’s assassination in 1976.

National Museum, Minna is one of the most visited museum in Nigeria, it is located at Niger state, this museum contains alot of History arts in Nigeria, one of the reason most people visit it is because Niger state is a top centre of Tourist attractions.
Frederick Lord Lugard house can also be found in the state and the first Locomotive Engine Railway.

National Museum, Minna is one of the centre where you can
visit for a wide varieties of local artifacts, craft works, sculptures and other monuments that interprets the people of the state.

Another popular museum in Nigeria you can visit for research is the Jos Museum which is situated in Plateu State. It was founded in 1952 and has many art works predating the colonial era unto Nigeria’s pre-historic era.

One of such items archaelogical item on display is the Nok terracotta heads which dates back to 500 BC. Documents from colonial times is also found at the museum gallery.

This museum was established in 1985 and has on display different relics from the Nigerian Civil War between Biafran soldiers and the NIgerian military. Weapons such as war tanks, guns, aircraft can be found there. Situated at Umuahia in Abia State, the National War Museum is seen as a top tourist destination in Nigeria.

Benin museum is one of the best museums in the country and a historical tourist attraction centre. This institution was established in 1973 and is situated in Benin City, Edo State. You get a feel of the ancient Benin Empire as artefacts of the original Benin bronze sculptures, chains and other slave items are on display there.

This museum is one of the most popular Nigerian museums located in the North. It was established in the year 1975 with its location at Kaduna state. Exhibits and archeological artefacts like bronze statues,  terracotta and other sculpted works can be found there.

The Esie Museum is regarded by many as one of the ancient museums  that is functional in Nigeria. Its location is in Kwara State and it was opened in 1945. Within its gallery are some captivating old artifacts on display. It is said that the stone figures in this museum dates back to 400BC, no wonder tourists and researchers attention are drawn to this Nigerian museum.

You can also find two types of gallery at the Esie Museum housing more than two thousand artifacts. It is reported that by September each year,  a festival is held in honour of the various monuments at the museum.

The Gidan Makama Museum is regarded as one of the oldest musuems existing in Nigeria today. It is placed among the monuments we have in this country and it is located in Kano state. Tracing its history back to the 15th century, it was the former palace of the Emir of Kano and it has many important art crafts, sculptural collections, items of historic interest, etc.

Visiting the site, one can see the 11 galleries from the main entrance hall where tra
ditional materials of old are displayed, the relics of the old city walls, 19th century Kano, and items recovered from the civil war, etc.

This is the most visited museum in Nigeria due to its link with the slave trade. Badagry was the area where slaves were sold or traded by the British. It was established in 1863 at Badagry in Lagos state and is a major museum in Nigeria and also for Africans.

This museum has enough relics that reminds one about his or her heritage. Iron chains, briddle, canons, weapons and other slave materials are seen on display at the Badagry museum. Also the first storey building in Nigeria was erected at Badagry.

Oron museum has history especially as regards to the Nigerian/Biafran civil war. Located in Oron, Akwa Ibom state, you can see on display some old exhibits and relics of the Civil War. Items like the bunker of Chukwuemeka Odumegwu Ojukwu, first President of Biafran Republic is on display for tourist and other researchers.

Its part of the major museums in the country that was first erected in 1959 before it was plundered by the civil war. It was until 1975 that it was reconstructed and has since become a hub for those who want to reconnect with the past.

Other top museums in Nigeria include: