Biography Of Lt. Colonel Buka Suka Dimka And His Net Worth 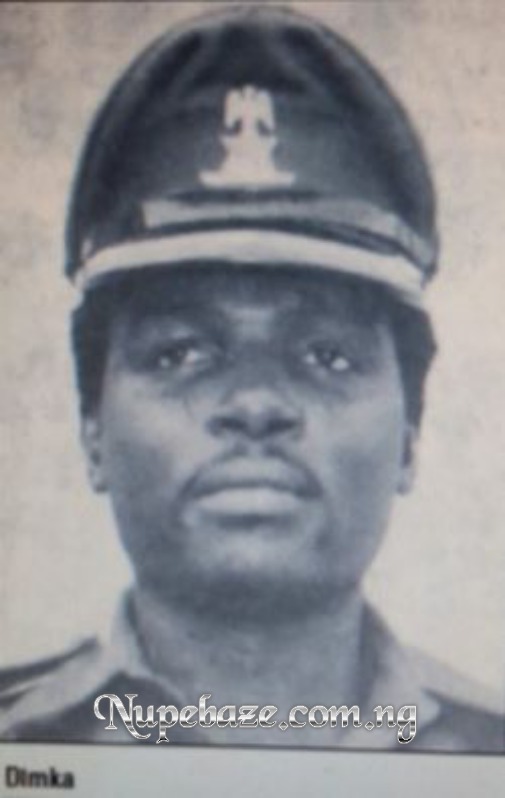 8 Biography And His Net Worth, The Ministry Of Information.

Lieutenant Colonel Buka Suka Dimka who was a Nigerian Army officer and chief antagonist in the February 13, 1976 military coup that cut short the life and regime of former Nigerian Head of State, General Murtala Ramat Muhammed. Colonel Dimka actively participated in the Nigerian Counter-Coup of 1966 which overthrew the government of General Johnson Thomas Umunnakwe Aguiyi-Ironsi.

Buka Suka Dimka was educated and commissioned as a Second-Lieutenant from the Australian Army Officer Cadet School, Portsea, into the Nigerian Army on December 13, 1963. Dimka, together with another officer, Lt. Boniface Ikejiofor were the first two Nigerian Army officers to train in Australia and successfully complete the 12 months course at the school with cadets from other countries such as Australia, New Zealand, Malaysia, the Philippines and the Pacific Islands.

Dimka, who was at that time a Lieutenant with the Nigerian Military Training College in Kaduna, was one of the many officers of northern Nigerian origin (which included Lt Colonel Murtala Muhammed, the actual 1966 coup leader who Dimka would ironically conspire against and murder 10 years later), 2nd Lieutenant Sani Abacha, Lieutenant Muhammadu Buhari, Lieutenant Ibrahim Bako, Lieutenant Ibrahim Babangida, and Major Theophilus Danjuma among others), who staged what became known as the Nigerian Counter-Coup of 1966 because of grievances they felt towards the administration of General Aguiyi Ironsi’s government which quelled the January 15, 1966 coup.

Suka Buka Dimka, with Lieutenant Dambo are alleged to have shot and killed Lieutenant Colonel Michael Okoro, Commander of the 3rd Battalion during the July mutiny. Another act of notoriety from the July mutiny was Dimka’s pursuit and probable intent to murder his Brigade Major (Samuel Ogbemudia). Before the mutiny, Major Ogbemudia had detained Lieutenant Dimka for violating an order forbidding unauthorized troop movement. Under interrogation by Ogbemudia, Dimka complained of ethnic victimization and was subsequently released by Ogbemudia.

Annoyed by Samuel Ogbemudia’s treatment of him, Dimka devised a plot to eliminate Major Ogbemudia. Fortunately, Ogbemudia was told of the assassination attempt by Major Abba Kyari and Colonel Hassan Katsina who provided an escape Landrover armed with an SMG gun. Dimka commanded a group of northern soldiers who pursued Ogbemudia from Kaduna to Owo, Ondo State, sometimes shooting at Ogbemudia’s vehicle. Ogbemudia abandoned his Landrover at Owo, which had run out of fuel and scaled a 6-foot fence into a dense jungle to escape Dimka and his soldiers.)

What Led To Execution Of Lieutenant Colonel Buka Suks Dimka

LT Col. Dimka assassinated General Murtala Muhammed, then Head of State of Nigeria, along with his aide- de-camp, Lieutenant Akintunde Akinsehinwa when his Mercedes-Benz was ambushed by a group of assassins consisting of Lieutenant Colonel Dimka, Major Rabo, Captain Parwang and Lieutenant Seri in Ikoyi, Lagos. In a planned broadcast to the nation, Lieutenant Colonel Dimka had cited corruption, indecision, arrest and detention without trial, weakness on the part of the Head of State and maladministration in general as the reasons for overthrowing the government.

The coup was crushed several hours later by forces Loyal to the government and Dimka fled the premises of Radio Nigeria at Ikoyi where he had made a broadcast to the nation. He was eventually arrested in the company of a prostitute in Eastern Nigeria. Following a court martial, Lieutenant Colonel Dimka and another 38 military officers and civilians were executed by firing squad. The former military head of state, General Yakubu Gowon (who had been overthrown by General Mohammed in July 1975), was implicated in the abortive coup (by Dimka’s testimony).

The British Government refused to extradite Gowon. Years later Gowon was granted an official pardon by civilian president Shehu Shagari and his rank (General) and other benefits were fully restored in 1987 by General Ibrahim Babangida. General Murtala Mohammed was succeeded by Lieutenant General Olusegun Obasanjo.

Lieutenant Colonel Dimka was publicly executed by firing squad for his assassination of General Murtala Muhammed on July 15, 1976 at the Kirikiri Maximum Security Prison in Lagos.

Now what do you have to say about Lieutenant Colonel Buka Suka Dimka role in Nigerian Military History?, scroll down to drop your comment below!