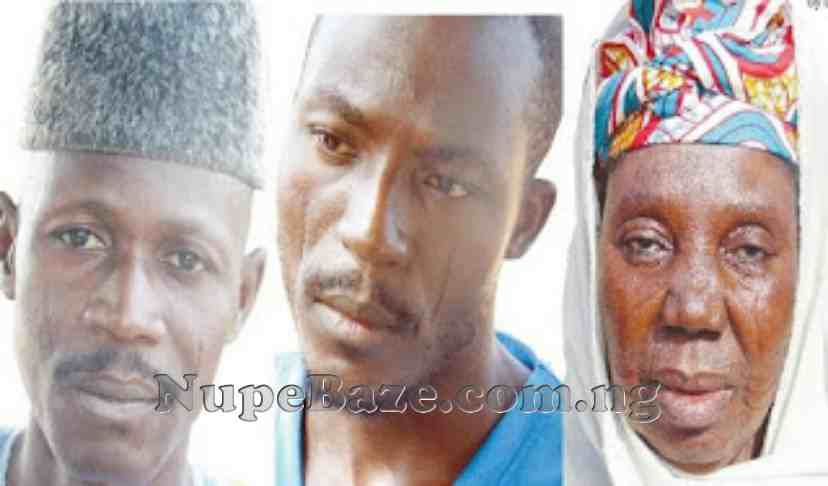 Tribal marks are a symbol of recognition or most times a way identifying with people , culture and traditions in Africa .
These cultures , customs and traditions practice the art of marking their children at a very young age for different purposes; some have cultural or spiritual undertones while most others are just for identification of lineage and trade .

The Kpelle Guta Guta is the one on the face of Vatsa , mean 3-3 Marks , this mark can be seeing on face of Nupe people from Lapai LGA of Niger State .
The tradition of Kpelle ( Tribal Marks ) in Nupe Land dates back to the ancient times of Tsoede at the AtaGara Court in Idah , the mythical founder of Kin Nupe who was reported to have had a deep cut on his lips from climbing a long , towering palm tree .
This piece would be incomplete without making a reference to the incidence of how Tsoede got that mark and how it has , over centuries been preserved as observed amongst the people of Patigi today .

ALSO SEE: The List Of Nupe Villages And Towns

Once the King of Idah fell victim to a mysterious illness which nobody could cure .
The court diviner prophesied that only a fruit from a very high oil palm outside the town , plucked by one man , would cure the king .
All his legitimate sons tried , in vain , to obtain the precious fruit .
Finally Tsoede made the attempt , and succeeded .
But in this attempt he cut his lip so badly that he looked almost like a man born with a split lip .
From this time and this still holds true today all hare-lipped boys born in Nupe are named Edegi .

Today in Nupe Kingdom , tribal marks has become a tradition as many people have been identified with different styles of marks all round the two sides of the cheeks .
The tribal marks takes different forms and are mostly done at birth or at a very young age .
There are also experts whose duty is to carry out these marks .
They are the traditional haircutters called GOZAN in Nupe Land .
They use different kinds of graded traditional scissors ( Efin or Efingi ) for the incisions and deep cuts followed with some traditional herbs in powdered form applied on the cuts to ease the healing process .

Most Nupe people of Gbako LG in Niger state has these marks on their faces expecially Etsa Yagi and Kpelle , the Nupe people of Patigi also has it especially those from the Ruling Houses are mostly seen with a deep diagonal cut across the cheek on the face and about four other marks on the chin .
It is in both sexes and said to be amongst princes and princesses who are believed to be direct descendants of Tsoede through Etsu Yisa , one of the Etsu Nupe’s before the Fulani conquest of the 19th century .

The most common tribal marks in Nupe Land is the three marks on each side of the chin with one vertical sitting directly below the eyeballs , side of the nostrils as shown on face of former I.G Of Nigerian Police .
Few other ones are always on the chin .
In Nupe Kingdom , anyone who carries such marks is said to ( Un’Ka Etsa Eyagi ), meaning the tribal marks are synonymous with the Yorubas of the South West in Nigeria .
Across Kin Nupe , different people partakes in the act of marking their children for different purposes but the most widespread is the one that has to do with identification ; either of lineage or trade associated with a people as the case maybe .

Nupe Tribal Marks got increased at the year of ( 1960 – 1970 ) When Nigeria was facing Military Coup attacks and tribal conflict between the Nupe people and Other tribes in Nigeria e.g Ebira Tribe , Fulani Tribe , Igala tribe and Yoruba tribe , at this time , Nupe tribal marks was developed in all Nupe towns and villages in order to differenciate them selves from forigners .