The History Of Kakanda People

A+ A-
Print Email
Kakanda People 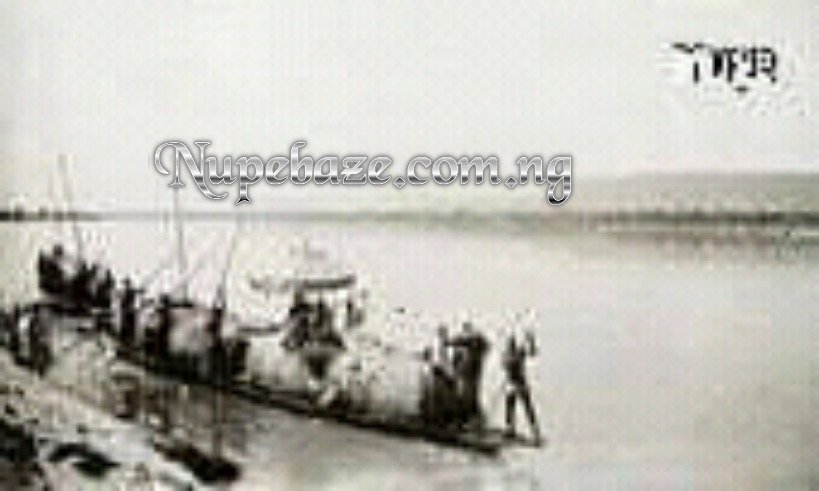 
The Kakanda land known as Muye , was founded as far back as 1480 which is equivalent to 900 A.H in Islamic calendar .
The historical origin of the Kakanda is traced to the great grand children of Mallam Mahmud a great warrior , left Egypt for world exploration , eighty ( 80 ) years after the migration of the holy prophet Muhammad ( S.A.W ) from Mecca to Madina .
Mallam Mahmud left Egypt with about ten thousand (10,000) warriors on horses and women into Nigeria area and first settled in Nga’zagamu and Kukawa respectively in present Bornu state .

However, Mahmud settled in different areas waging wars before coming to present region known as Nupeland .
He stayed for a long period of time in the city of Kukawa where he give birth to many children , among his son was Mamman Maifoni who took after his grand father as warrior and he was a personal friend of emir of Gobir by name Sarkin Musa .
Mamman Maifoni was invited by the then “ ALFAFIN ” of old Oyo empire, to support him against threaten of “ GA ” a brother to the ALFAFIN .
He “ GA ” boastfully nick named himself an “ Elephant ” and bragged that he would defeat the Alfafin , if “ GA ” choose to fight with him .

In fear of these threats Alfafin narrated the situation to his friend Mamman Maifoni , the later on hearing this comforted his friend and said if “ GA ” was an “ Elephant ”.
He ( Mamman Maifoni ) was a renowned warrior and nick named himself as “ Karkanda ” meaning Rhinoceros , he was reported to have fought “ GA ” and defeated him .

Hence the name of the tribe known as “ Kakanda ” derived its origin from Mamman Maifoni the warrior .
The said Mamman Maifoni was invited one time to Kutigi by the then village head ( named not known ) to assist him in prayers over the evil sprits that threatened the life of the community in which he did , using the opportunity to ask the community head about his historical origin which he responded that he was from Niger Republic of a tribe Ba-Asibinawa meaning the inhabitants of “ Asbin ” in Hausa wordn. 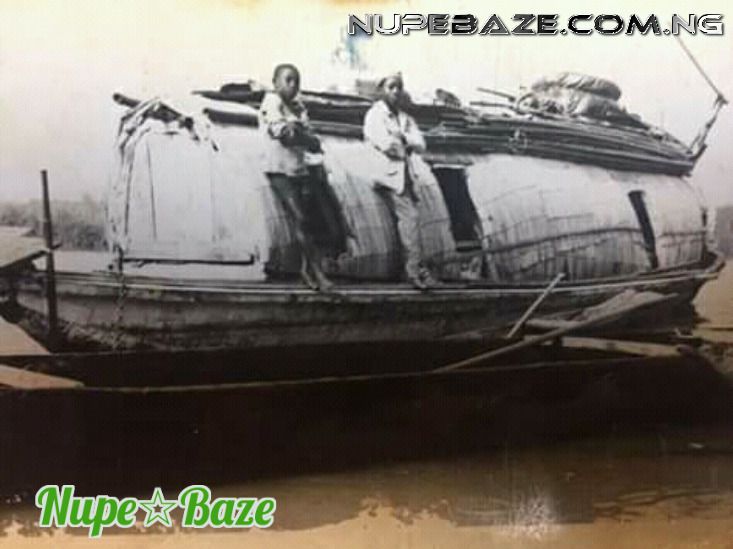 
Mamman Maifoni left Kutigi after satisfying the rites ( prayers ) of the people and proceeded in search of a settlement which presently is known as “ MUYE ”.
In his search, he came across various settlements “ GOGATA ” “ EZOGU ” from there to “ ASHE ”.
Mamman Maifoni left his family at Ashe and paid a visit to the Attah of Igala his personal friend .

On his arrival from Idah , he discovered that three of his children had chosen three different places for settlement that is to be known as “ MUYE ” as their father told them when he was living for Attah Igala .

According to oral source , as at that time the present town known as New “ BUDON ” today has not come to existence .
However , a protracted argument arose as to where “ Muye ” was to be located out of the three settlements, their father ( Mamman Maifoni ) intervene and declared once and for all that they could first settle at the site known as Budan today , before considering another movement because this place will not be our permanent settlement , this was probably because of its proximity to “ ASHE ”.

They settled there and their father named it “ MUYE ”.
However , the word Muye took its origin from Arabic word Muyi ( meaning water or river ) as Arabic was the language of his grand-father .

According to oral interviews , with the present Amana , some reasons were responsible for Mamman Maifoni refusal to settled at Ashe probably because of the over population and famine that struck the community during that period , secondly , probably his contact with Tsoede or Edegi the mythical founder of Nupe kingdom who wanted to established his authority over Mamman Maifoni , this could probably be responsible why Mamman Maifoni left to see his friend the Attah of Igala as the tradition of Tsode migration . 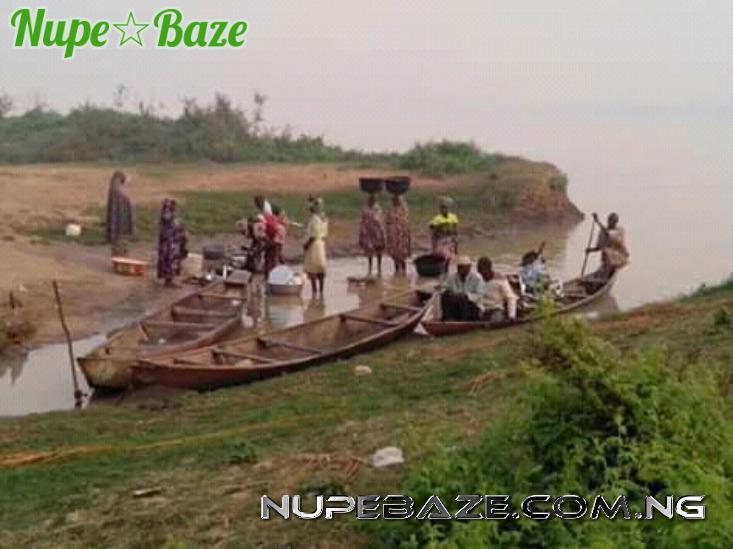 
The tradition concerning Tsode’s migration from Idah contains one of the earliest lists of foods and ideas carried on the Niger , thus traditions suggest that prior to the 16th century , the Igala kingdom exercised influence over the Bini federation and other peoples up to the confluence of the Kaduna with river Niger .

These peoples sent down the river to Idah , annually a tribute of slaves, every family head a male member .
Tsode or Edegi who was said to have been fathered by an Igala king and a Nupe mother , after a period of residence at Idah his father died and he fled upstream from Idah with the essential insignia of office in a celebrated bronze canoe which was piloted by the Kyedye ( Riveraine Nupe ) canoe men at the confluence where he establish himself at Nupeko and from where he conquered the pre-existing confederacy of the Bini - Nupe .

Thus that Tsoede was originally sent from Nku to Idah .
From the evidence available, it appears fairly clear that the establishment of the Nupe kingdom was more gradual than the instant emergence proposed by the legends , this probably caused Mamman Maifoni migrate from Ashe ( Budon ) to Muye Island for more prospects and to maintain cordinal relations with Attah at Idah .

What is fairly certain is that members of the Kakanda ruling dynasty were migrants who settled and established authority over the autochthons , as the tradition of origin of the Budon Kakanda links the foundation of the kakanda ruling dynasty with Ajinzheye who oral tradition has it to be a brother of Idoko, the founder of Igala kingdom , both Idoko and Ajinzheye left Jukun together , two of them parted ways at a point below Lokoja .

This point became significant history of the relationship between the Kakanda and the Igala .
As the kakanda tradition claim , the point of separation of the two brothers was the “ OKUTA-IHABE ” ( meaning the stone of Ihabe People ) the name outside neighbor called the Kakanda , the stone served as the boundary of the Igala and the Kakanda in present day Ajaokuta in Kogi state .

The first real ruler of Budon was the eldest son of Ajinzheya named Aganchun Kapa, Kapa was said to have been invested at the court of Attah of Igala in which the kinglist suggest late eighteen century , Aganchu Kapa reigned at the time of Estu Illiasu Kolo was king in Nupe come to power in 1777 A.D .

Thus Muye become under the influence of Islamic system of administration of Bida Emirate under the authority of Shehu Uthman Danfodio , the jihadist movement which took place on 1804 , until the coming of the European into the area in 1830s. from the above , the separation of kakanda people and Igala people was as results of lack of acceptance of Islam .

Following the death of Mallam Dendo{Manko} in 1832 , from this time the history of Nupe kingdom is the history of constant intrigues , fights , wars and rebellions between the sons of Mallam Dendo , wars against other tribes and against factions in Nupe and rebellions of the descendent of the old Nupe dynasty and also the conquest of Nupeland by the British colonialist in 1897 .

However , probably as result of early advice rejected by mallam Dendo's sons not to seek official secular power but remain uncrowned king only an emissary of Islam , might led the constant dynastical conflict , wars and the European conquest of Nupeland .

ALSO SEE: How Katsina Was Originated From Nupe People