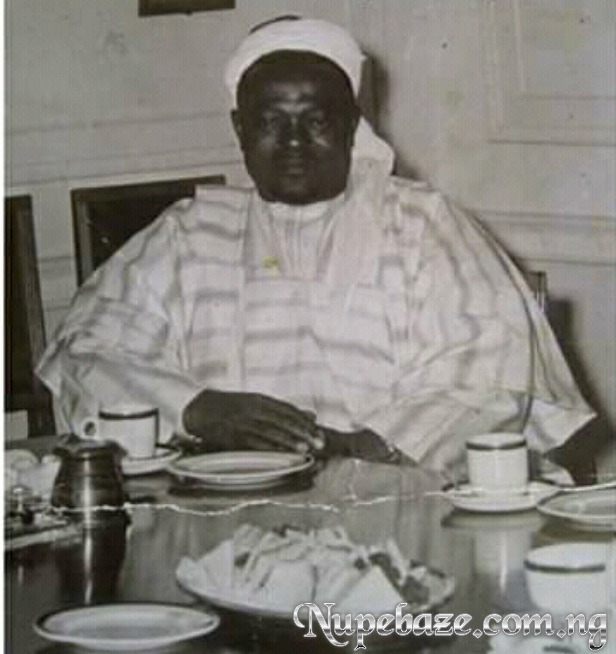 Alhaji Ahman Patigi OBE , OFR , ( 1914 - 1977 )
Alhaji Ahman Patigi was a first republic politician whose political prowess and influence was a force to reckon during the first republic .
A contemporary of NPC stalwarts such as the late premier of Northern Region and Sardauna of Sokoto, Sir Ahmadu Bello , late Makaman Bida , Alh. Aliyu Makama and a host of other founding fathers .

Alhaji Ahman Pategi started his Elementary School in Patigi , between 1923 - 26 , And then proceeded to Ilorin Middle School 1927 - 31 .
He went to attend a three - month office procedure course at the Ilorin Provincial Secretariat in 1941 and then proceeded to London for some other programmes and courses in local government administration in 1954 .

A year later , Alhaji Ahman Patigi was elected as a member of the Northern House of Assembly where he served twice .
He was one of the first cabinet parliamentary Ministers and was asked to oversee the Ministry of Health in 1957 .
He was General Secretary of the Northern Peoples Congress, NPC , the largest political party during the first republic .
He served as Northern Regional President of the Red Cross1960 - 64 , in 1971 .

The popular Patigi Regatta of the 50s was an idea conceived by the late Galadima Patigi .
He worked closely with the late Etsu Patigi , Umaru Bologi to conceptualize Patigi Regatta and it's eventual flagoff in 1953 which witnessed the convergence of dignitaries from all walks of life in Patigi .

After close to three decades of national service, Alh. Ahman Patigi returned to Kwara where it all started and was appointed Chairman , Kwara State Local Government Service Board , till 1972 .
He was later asked to chair the Kwara State Council of Art and Culture , where he also offered his wealth of experience in the promotion of Arts and Culture in old Kwara state .

Some of his children have taken after him by venturing into politics and making a name for themselves .
Notable among them is Hon. Aliyu Bahago who was a three term member , Federal House Representatives representing Edu / Patigi / Moro at the National Assembly .
A politician of high repute , who joined the fight for the freedom we have today , he was an ardent promoter of Nupe cultural values .
He died in London in1977 .