Rich Nupe Lagosians Of The 19th Century By Ndagi Abdullahi 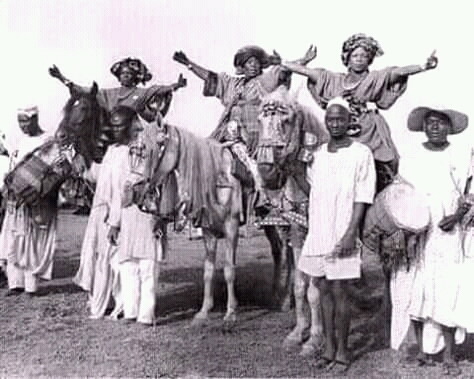 
In the 1860s many of the most powerful and richest people in Lagos were Nupe people. These included Shitta Bey, James Macaulay Babington, Madam Tinubu, Balogun Ali, the Oshodi family, the Aguda families, the Saros families, and others.

Interestingly all of these Nupe Lagosians visited KinNupe frequently and established business links with KinNupe. Etsu Masaba invited many of these rich Nupe Lagosians to establish business relations with their homeland KinNupe. That was how Madam Tinubu, for instance, became such a stupendously rich woman when she established joint partnership businesses with Gogo Habiba who was the sister to Etsu Masaba. Today's Chief Ahmed Bola Tinubu the well-known APC Chieftain is a descendant of Madam Tinubu the great Nupe woman who once ruled Lagos.

James Macaulay Babington was a Nupe man and was the first to establish a secondary school, the famous CMS Secondary School, in Lagos and Nigeria.

In those days Lagos was dominated by an elite class of Nupe people and families almost all of whom were ex-slaves repatriated from the Americas, Europe and Sierra Leone.

©from the book ‘Èfuṃáṇá Drops from the Ndǎkógbòya Goblet’ By Ndagi Abdullahi.
Posted By Aliyu Ndagi
Category: History, Nupe People