The First Professor In Nupe Land 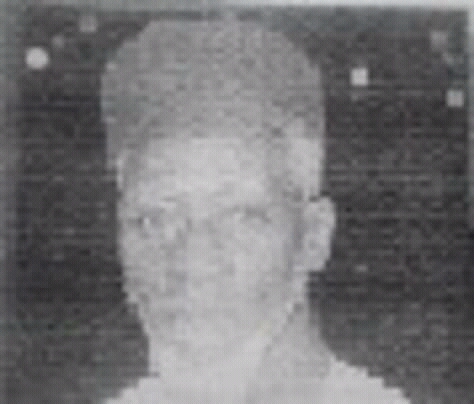 I. Introduction
Professor Bida, Shehu (1934); Marafa of Nupe, University Don, Academician per excellence, astute politician, who has created positive precedence of inter-relationship between the rich, the peasants, the old and the young, a man of humanity, love and compassion and above all, God-fearing.

II. Early Years
Professor Shehu Bida was born on October 1st 1934. He started his primary education at Shahuci Elementary School in 1942 and attended other elementary schools at Muregi, Bida and finally Minna where in 1947-1948 he proceeded to Bida Middle School in the then Niger Province.
Between 1949-1954, he was at Keffi Secondary School where he obtained his Cambridge School Certificate. In 1955-1957 he left for Vom School where he was trained as Veterinary Assistant. He attended Veterinary College, Tuskegee, Alabama, in the USA where he obtained his First Degree (Doctor) of Veterinary Medicine (DVM) from 1962-1967.

III. Academic Years
In 1969 he returned to the USA and obtained his MSc. In Veterinary Pathology and Infectious Diseases in the Faculty of Veterninary Medicine, Kansas State University, Kansas, Manhattan, USA> he returned home to continue his research on Bovine Dermatophilosis and at the same time to lecture the veterinary students in pathology and infectious diseases.
He had his L.L.B. Honours (ABU) Zaria between 1984-1988. Shehu Bida in 1973 made another mark by becoming the first Nigerian veterinary lecturer at Ahmadu Bello University, Zaria, to obtain a Ph.D.
degree in Veterinary Medicine in the field of Bovine Dermatho[philosis aftr his return from Veterinary College, University of London, where he was an academic fellow in 1975. In 1976 he was the first Nigerian Dean of the Faculty of Veterinary Pathology and Microbiology. Hitherto he was Assistant Head of his Department and Assistant of the faculty for several years.

IV. Civil Service Years
Professor Shehu took his first appointment with the Northen Government in the Ministry of Animal Health and Forestry as 3rd Class Veterinary Assistant in training and was posted to Niger Province.
He worked as field Veterinary Assistant in Kuta, Keffi, Abuja (now Suleja) and Utachu Livetock Settlement in Kontagora In 1962 Professor Shehu worked as Veterinary Assistant and Assistant Technical Officer in various provinces including former Benue and Zaria Provinces.
He was appointed Veterinary Officer and deployed to Sokoto in the then Northwestern State.
His transfer of service as lecturer to Ahmadu Bello University was effected in 1967.
In 1976 he was appointed as a Commissioner for Trade, Industry and Co-operative.
He, during his tenure as Commissioner, oversaw other ministries like the Ministry of Agriculture and Natural resources and Ministry of Health.
Professor Shehu in 1986 bcame the President of NOMA (N.S.) Limited and Chairman of various commercial organizations including Niger State Livestock Company which was founded in 1986.
He resigned as chairman of all commercial organizations to context for Chairman Gbako Local Government.
In the field of research and publication, Professor Bida has to his credit forty eight (48) publications and presentations at national and international reputable journals and conference up to 1996.
His research and professional achievements earned him the Honorary Fellow of the Institute of Technicians, Certified and Distinguished Industrial Technologists, Ambassador of Technological Discipline all in 1993 and one of foundation fellows of the College of Veterinary Surgeons of Nigeria in 1998.
He reached the peak of his discipline in 1972 when he became the first professor in veterinary medicine in Northern Nigeria.

V. Politics Years
Professor Shehu was democratically elected Chairman of Former Gbako Local Government in 1988.
His election into the Local Council was a steppingstone into Nigerian politics. He came into office under zero party system.
His tenure witnessed positive change in ideas and involvement of young, vibrant and graduate youths in the mainstreamof local government administration such as Isah Kawu, M.A. Suleiman and Yahaya Yunusa.

The first thing he did when he mounted the seat of power was to ensure transparency and accountability. By this he compelled all the principal officers to take an oath to justify the confidence reposed in them. He brought in young blood into the systemand retired those who had overstayed in sevice e.g. Alhaji Muhammadu Tifin Sarkin Kudu (Cultural Officer), Alhaji Muhammadu Shafi (Senior Arabic Supervisor), former Chief Imam of Bida, and others.

Professor Shehu is an administrator of trememndous high stature an of great ability. The legacy he left behind after sefless service especially on road reconstruction is yet to be equaled by any administration in the history of Bida Local Government Council.

Professor Shehu’s experience and exposure he had in places he had been to including Europe, North America, Asia, South America, various African countries, etc, etc, were brought to bear on the administration of Bida Local Government. He constructed street light on main roads of Bida town and numbering of houses, naming of streets for easy identification.

He was at the vanguard against child labour (Kace hawking) which he fought to a logical end. He was initiated a newspaper called ‘Gbako Voice’ for information dissemination, promotion of cultural and material potentials in Bida Local Government.

His contribution to the development of the ancient city of Bida is not limited to economic and political but also on religious aspect. As a devout Musim he is always at the forefront doing his best for the propagation of Islam. He was Amirul Hajj Niger State 2000 Hajj Operation, Chairman Administrative, Finance and Fundraising Committee Qur’anic Recitation Competition, Bida, 1996; Chairman, Local Organising Committee, Qur’anic Recitation Competition, Bida, 2006; Chairman, Shurah Committee, Muslm Ummah, Bida; and patron to many Islamic organizations both within and outside Niger State.

Professor Shehu is well liked and respected by the members of Nigerian Society, particularly those in government circles and politicians of high repute. His efforts in his days as Chairman of Bida Local Government are well acknowledged by the inhabitants. A man of humanity who doesn’t mind his status but come so low for the sake of inspiring youth into productivity. He has secured employments for the youth in various establishments and admission into various tertiary institutions.