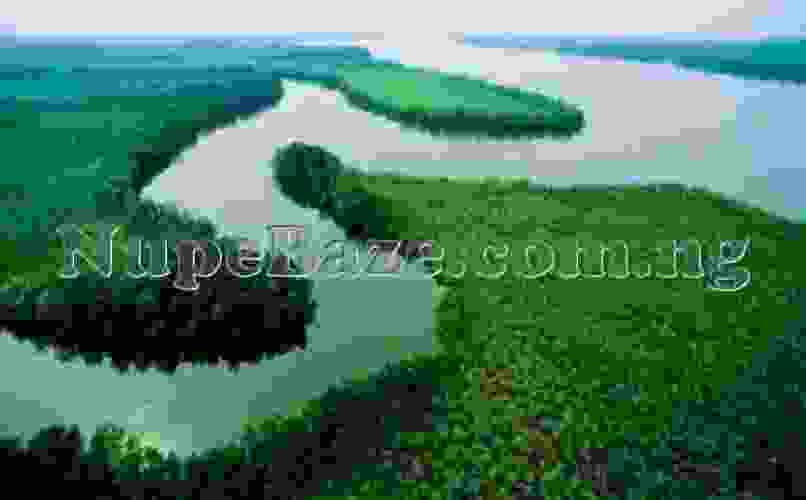 The History Of River Niger

The River Niger , principal river of western Africa. With a length of 2,600 miles (4,200 km), it is the third longest river in Africa, after the Nile and the Congo . The Niger is believed to have been named by the Greeks. Along its course it is known by several names. These include the Joliba (Malinke: “great river”) in its upper course; the Mayo Balleo and the Isa Eghirren in its central reach; and the Kwara, Kwora, or Quora in its lower stretch.

The River Niger and Sénégal river basins and the Lake Chad basin and their drainage networks.
Nupebaze , Inc.

West Africa: The River Niger
The River Niger in the western region of Africa is used for irrigation, power production, and transportation. Nupebaze, Inc.

The Niger rises in Guinea at 9°05′ N and 10°47′ W on the eastern side of the Fouta Djallon (Guinea) highlands, only 150 miles (240 km) inland from the Atlantic Ocean . Issuing as the Tembi from a deep ravine 2,800 feet (850 metres) above sea level , it flows due north over the first 100 miles (160 km). It then follows a northeasterly direction, during the course of which it receives its upper tributaries—the Mafou, the Niandan, the Milo , and the Sankarani on the right and the Tinkisso on the left—and enters Mali . Just below Bamako, Mali’s capital, the Sotuba Dam marks the end of the upper river. From there the River Niger once dropped more than 1,000 feet (300 metres) in about 40 miles (60 km) into a valley formed by tectonic subsidence; but the rapids in this stretch have been submerged by the waters backed up by the Markala Dam, located some 150 miles (240 km) downstream of the Sotuba Dam near Sansanding. In this stretch, at Koulikoro , the river takes a more east-northeasterly direction, and its bed becomes fairly free from impediments for about 1,000 miles (1,600 km).

At Mopti the River Niger is joined by the Bani , its largest tributary on the right, after which it enters a region of lakes, creeks, and backwaters that is often called the “internal delta” of the River Niger. These lakes are chiefly on the left bank and are connected to the river by channels that undergo seasonal changes in the direction of flow. At high water most of the lakes become part of a general inundation. Largest of the lakes in this region is Lake Faguibine, which is nearly 75 miles (120 km) long, 15 miles (25 km) wide, and more than 160 feet (50 metres) deep in places.

The labyrinth of lakes, creeks, and backwaters comes to an end at Kabara, the port of Timbuktu (Tombouctou). There, the river turns almost due east, passing its most northern point at latitude 17°05′ N. Some 250 miles (400 km) downstream from Timbuktu, a rocky ridge that obstructs the course of the river is pierced by a defile (narrow gorge) more than a mile long, with an average width of about 800 feet (240 metres) and a depth of more than 100 feet (30 metres) in places. At low water the strong current there endangers navigation. A short way downstream the river turns to the southeast and widens considerably, flowing to Gao across a floodplain 3 to 6 miles (5 to 10 km) wide. This most northerly bend of the River Niger flows through the southern fringe of the Sahara.

The middle course of the River Niger is navigable to small craft during high water as far downstream as Ansongo—some 1,100 miles (1,770 km) in all. Below Ansongo, 430 miles (690 km) downstream from Timbuktu, navigability is interrupted by a series of defiles and rapids. The river becomes navigable to small vessels again at Labbezanga—from which it flows into Niger—and continues to be navigable to the Atlantic Ocean. Navigation is seasonal, however, because of the fluctuations in the water level in the rainy and dry seasons.

Downstream from Jebba, in Nigeria , The River Niger enters its lower course, flowing east- southeast through a broad and shallow valley 5 to 10 miles (8 to 16 km) wide. About 70 miles (110 km) from Jebba it is joined by the Kaduna River —an important tributary that contributes about one-fourth of the annual discharge of the river below the Niger-Kaduna confluence—and about 25 miles (40 km) above Lokoja the river turns to the south. At Lokoja the river receives the water of its greatest tributary, the Benue, thereby approximately doubling the volume of its annual discharge.

At their confluence the Niger is about three-fourths of a mile (1 km) wide, and the Benue more than a mile. Together they form a lakelike stretch of water about two miles wide that is dotted with islands and sandbanks. From Lokoja downstream to the town of Idah, the Niger flows in a restricted valley, enclosed by hills and in some places flanked by sandstone cliffs up to 150 feet (45 metres) high. Between Idah and Onitsha the banks are lower and the country flatter. At Onitsha, the largest town on the Niger’s banks in Nigeria and the third largest riverine town after Bamako and Niamey (Niger), the valley narrows as the river flows through what is probably a fault in the area’s sandstone. It emerges at Aboh, separating into many branches before reaching the Gulf of Guinea via Africa’s largest delta.

The Niger delta , which stretches for nearly 150 miles (240 km) from north to south and spreads along the coast for about 200 miles (320 km), extends over an area of 14,000 square miles (36,000 square km). Within the delta the river breaks up into an intricate network of channels called rivers. The Nun River is regarded as the direct continuation of the river, but some of the other important channels include (from west to east) the Forcados, the Brass, the Sambreiro, and the Bonny. The mouths of these channels are almost all obstructed by sandbars. The Forcados, for instance, which supplanted the Nun as the most traveled channel in the early 20th century, was in turn displaced by the Escravos River in 1964. The delta is being gradually extended seaward by the increments of silt brought down by the river, and mangrove swamps extend beyond its outer edge.

The river then turns westward into Nigeria and, for the greater part of its course, flows over a broad and fertile floodplain. At Yola , a town 600 feet (180 metres) above sea level and some 850 miles (1,370 km) inland, the width of the river in flood is from 3,000 to 4,500 feet (910 to 1,370 metres). Near Numan , some 30 miles (50 km) downstream from Yola, the Benue is joined on its north bank by its most important tributary, the Gongola . Other important tributaries include the Shemankar, the Faro, the Donga, and the Katsina Ala.

Together with its tributaries, the Niger drains a total area of some 730,000 square miles (1,900,000 square km). The Niger drainage system is bounded in the south by such highlands as the Fouta Djallon, the Banfora Cliffs in Burkina Faso , the Plateau of Yorubaland, and the Cameroon highlands. This southern rampart forms a watershed separating the rivers of the Niger system from others that flow directly southward to the Atlantic Ocean. With the exception of such highlands as the Jos Plateau , the Iforas and Aïr massifs, and the Ahaggar Mountains to the north and east, the northern edge of the Niger basin is, however, less clearly defined than the southern edge.