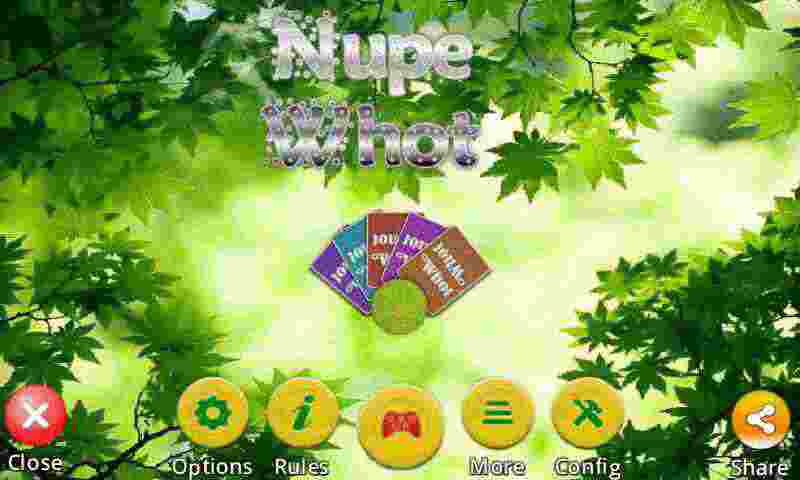 Nupe whot game is a great popular game in Nigeria, made for Nupe people and other ethnic's who are interest of playing it, Nupe Whot game is an exciting, classic and healthy card game of all ages. Nupe Whot is made of 54 cards born out of 6 cards(Circle, Cross, Star, Triangle, Square and Whot), Nupe whot is the first Nupe moded game in Nigeria.
A pack is used, consisting of five unequal suits by symbols and some wild 'Whot' cards. First to get ride of his cards becomes the winner.

Nupe whot is originally Naija whot but was change to Nupe whot by Aliyu Ndagi, Nupe whot is displaying Eko Kpara Famous Nupe Dressing, Nupe whot is the first Nupe Android game in Nupe land every Nupe to have on his Smartphone. 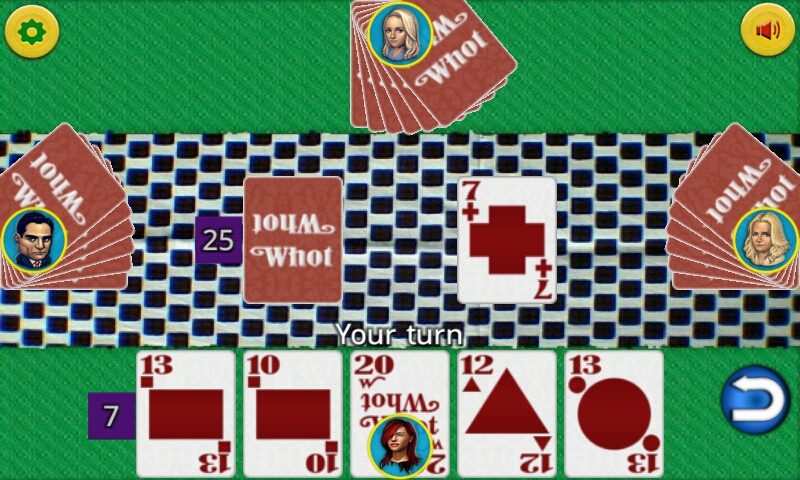 Playing Nupe Whot is very easy and cool, you can play Nupe whot with a single robots and you can also play Nupe whot with 3 Robots as shown on below images. Nupe whot game is played by the card SYMBOL and NUMBER. A card is said to be valid if it is the same symbol as the card played by your opponent is the same number as the card played by you opponent, It is 'Whot'(crown). When a 'Whot (crown) is played, the player must name a suit(symbol) and the opponent must played a card of the named suit(symbol) or play another Whot(crown).

This game is modified from Naija Whot to Nupe Whot by Aliyu Ndagi, Please Do NOT re-modify, delete, or commit to source control!, Nupe whot has some basic rules attached to some card numbers. These card numbers have special effects depending on how many player are involved in Nupewhot. The numbers and effects are as follows:


How To Play Nupe Whot

Nupe whot is not all about playing same number or same symbol. It involves powerful strategies and tricks to win. Nupe whot involves calculation and proper card arrangement.
Try to reserve and arrange your special cards(1, 2, 5, 8, 14) sequentially in a manner that they can be flushed ones to win.
Strike with your special cards when your opponent is about to win(i.e when your opponents cards are below 4). In TOURNAMENT, do not reserve any card. Always play cards with highest numbers first. Do not play to win but play to succeed unless you are in the final stage.

(1) VOICE CHAT: You can listen to Nupe Tsankan Beat as they play, Nupe whot also have some funny voice as you play.
(2) SHARE LIMIT: The number of cards to be shared among players can be customized (ranging from 1 to 7).
(3) MUSIC: You can listen to Nupe day music as Intro music, you can also change the sound of wining to Nupe National Anthem instead of Clapping.
(4) GENDER: Switch Avatar according to gender.To access these features, go to game Settings.
Posted By Aliyu Ndagi
Category: Android Apps, Games