A+ A-
Print Email
Giant Hippopotamus Killed At Jebba , Niger State After Hours Of Hunting 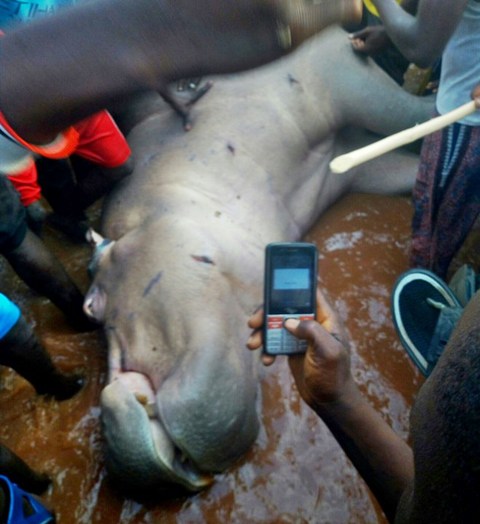 In Niger State , After many hours of rigorous hunting , a hippopotamus met its death in River Niger , Jebba , Niger state , yesterday .

The local residents of the Jebba area in Mokwa local government of Niger state , on Thursday .
The Nupe people of that geographical area killed Big hippopotamus in the popular River Niger , after many hours of rigorous hunting .

According to online reports , the hunt for the sea mammal allegedly started in the early hours of Wednesday and it was killed at about 4pm on Thursday , after six gunshots and numerous arrows , after they have successfully killed it in Nuwo Edu ( Deep Water ) , then they pulled it to the Kosun ( River Mount ) .

The massive Hippo was said to have been killed to avert tragedy in the area .
It was said that four local boats were destroyed during the process .

See Some Pictures Below . 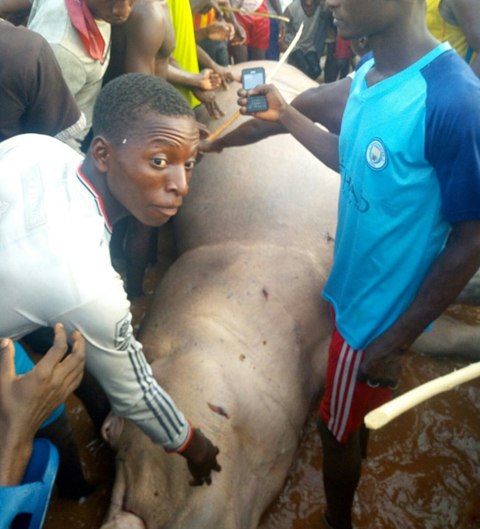 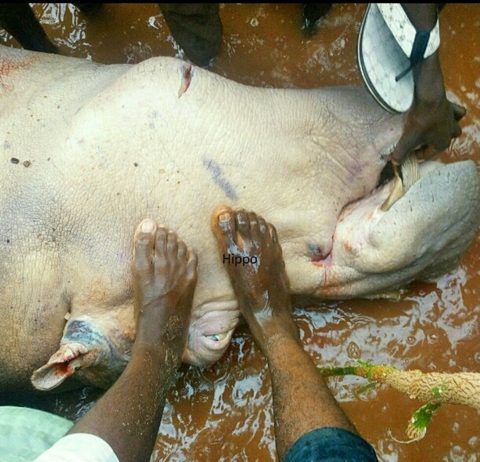