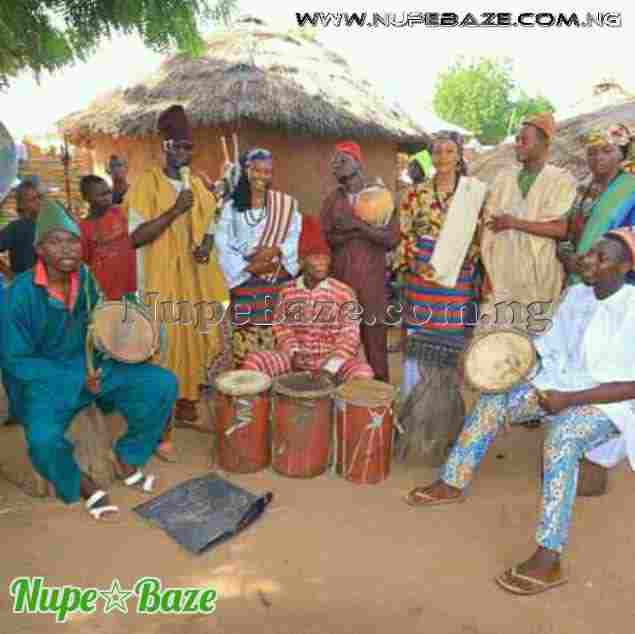 Wawa Etsu Nupe by Prince Mk is the most played music in Nupe Land ( 2017 ) during Nupe day , Sallah Festival , Weeding Ceremonies and Birthday Celebration .
The music was Title ” Wawa Etsu Nupe “ because it was sang during the weeding day show of Wawa Etsu Nupe ( The King Of Nupe Fool / Mumu ).

Ebejin Yawo by Dj Zubis is weeding song and also one of the Top Played Nupe songs during Celebration in Nupe land , the meaning of ” Ebe Jin Yawo “ in Nupe language mean ( Come Let’s Marry ), This music was sang during Dj Zubis weeding .

Etsu Abubakar or Labari Etsu Bubakari by Prince Mk is one of the Best Nupe songs in Nupe land , the music get’s it’s title from the name of famous Emir Of Nupe Kingdom ( Etsu Nupe / Etsu Bida ).
This Nupe music is about the history of Etsu Nupe’s ( Nupe Kings ) in Nupe kingdom and has been trending for so long .

Nupe Day by Dj Abdul is one of the best Nupe songs that reach all over Nupe land and has been trending for so long , it’s also Title ” Bashinya ” , and the Bashinya in Nupe language mean ( Shake Your Waist ).

Nangbo Na Kodari was sang by Abubakar Ndako Kutigi and it’s also one of the best Nupe song of the Edition , the full Tlitle ” Nan Gbo Nan Kodari Waragi Bo Eman Dan’o “ is a Nupe proverb which means ( Slim Girls Are Better Than Fat Girls , But The Front and Back of Fat Girls Deceive Men’s .

Nupe Day by Prince Mk featuring Salihu Unity is one of the popular Nupe songs , played during Nupe day in Nupe land , it also has another Title ” Egi Nupe Geh Lo Yawo , Iya Jin Nupe Day “ this Nupe words mean ( When Ever Nupe Girl Is Going To Marry , We Must Celebrate Nupe Day ).

Yawojin Man is one of the best Nupe songs in Nupe land and also one of our Top 10 Best Nupe Songs , trending for so long , the Title ” Yawo Jin Man “ means ( Marriage Is Sweet ) , this Nupe music also encourage Nupe youths to get marry on time .

There you have NupeBaze Top 10 Best Nupe Songs released in between 2015 to 2017 .
We hope the positions of each songs is fair enough for all of them .